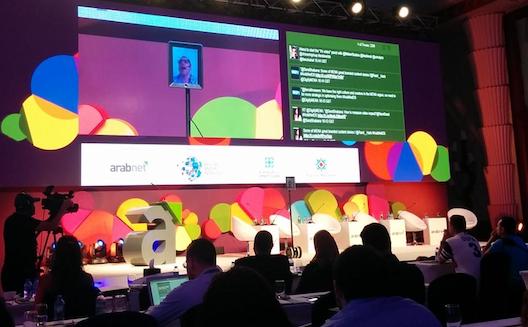 Smart government - Dubai's initiative to use information and communication technology to provide government services to residents and businesses - was a key feature of ArabNet's third digital summit conference, held last week in Dubai.

The conference, on May 27-28, brought together more than 70 global speakers and showcased more than 25 startups, with activity streams looking at smart government, e-marketing, programmatic buying, startup growth-hacking and the annual digital showcase.

ArabNet founder and CEO Omar Christidis said the partnership with smart government initiative Smart Dubai was the highlight of this year’s event. 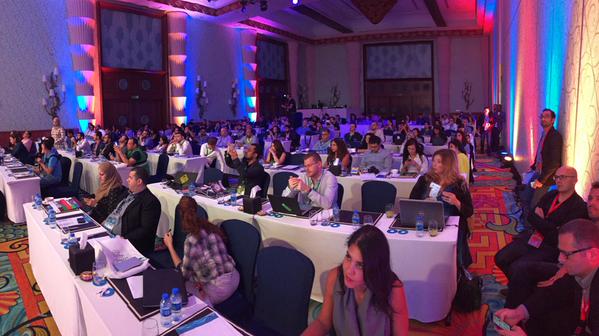 “Having Dubai as an innovation hub in the MENA region allows entrepreneurs to be active players in this initiative and to help in building government services and developments,” he said.

This year’s event had a number of new features, dubbed content streams by the organizers.

The NEXT track event, for instance, featured advertising experts speaking on the latest advances in digital marketing and branded content.

The Startup track, on the other hand, covered the latest in investment strategies in MENA and startup-government relationship dynamics.

And the Maker Space track showcased the latest in drones, 3D printing and movement-control armor. This track was organized in collaboration with The Assembly.

“The future is not in digital platforms but in smart platforms,” Christidis remarked.

Some of the discussion centered on exits.

"The increase of small and large acquisitions in the region is a major indicator of the progress of MENA startup ecosystem, because it will motivate investors - including the risk-takers - to pump more money", said Mathew Johnson, Distribution Hacker-In-Residence of 500 startups, citing the acquisitions of Shahiya and Talabat as examples. 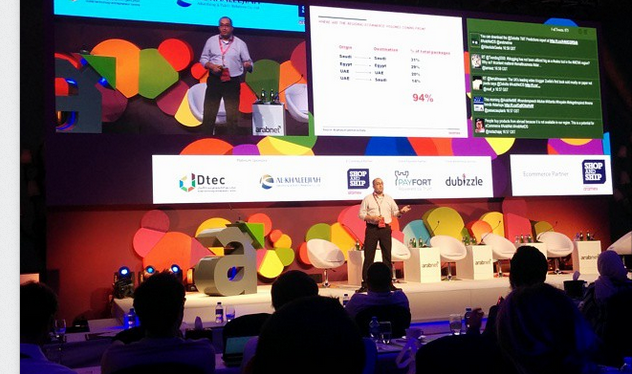 During the conference, regional logistics giant ARAMEX announced its plan to launch an app that improves its shipping services for both clients and merchants. It’s also launching a new feature that offers a "shipping average" depending on the size of purchases starting next July. These innovations came after ARAMEX partnered with several startups as part of the Traxn program and Wamda's Mix N' Mentor.

Aramex COO Iyad Kamal presented the company’s annual ArabNet ‘state of e-commerce’ report during the conference, and told the attendees that e-commerce operations in the MENA region amounted to a staggering $40 billion, with 43 percent of users in GCC countries performing one monthly purchase online.

He said 57 percent of online purchases are done through abroad platforms because of lower prices, with 49 percent of users choosing these platforms for the variety of selections they offer. Another finding is that users are willing to pay more to have their selections shipped abroad because they "always find what they want", said Kamel.

Another highlight of the conference was the Souq.com launch of its Affiliates program. It enables individuals and companies alike to make an up-to 10 percent commission each time a user buys online via a link that belongs to their social media account. The announcement came only a month after the launching of Developers' Program that allows merchants to launch their own e-store on the platform.

"This comes as a continuation of our longstanding approach of building long-term relationships with partner, something benefits both sides," said Ronaldo Mouchawar, CEO and cofounder of the e-commerce heavy-weight.