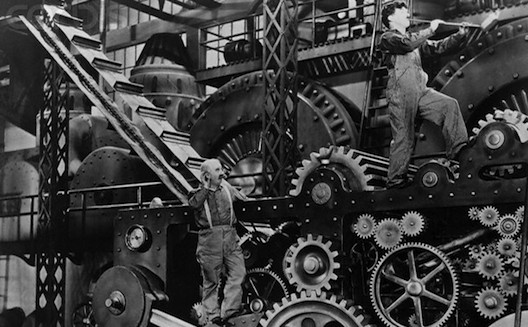 Governments have been adding their cogs to the startup machine of MENA. Enough though? (Image via Mikehoolboom.com)

For entrepreneurs to have a substantial impact on job creation and economic growth, they must not simply start but scale their companies. Business legislation in MENA has been improving recently, with a majority of reforms being focused on easing the process of starting a business. However, for the intended outcomes of entrepreneurship-friendly policies to materialize - job creation, economic growth, innovation - the next priority for policy makers should be the second and arguably more difficult challenge a successful startup faces: scaling, growing and entering new markets.

According to the World Bank’s annual Doing Business Report, since 2008 MENA governments passed 200 business reforms, the majority of which - 173, or 87 percent - had a positive effect (at least on paper) on the business environment. Of the positives 37 reforms, or 21 percent, were concerned with easing business regulations.

Put differently, of the 10 types of business reforms passed since 2008, over one-fifth of them have focused squarely on starting a business. This means that policymakers in the region have tended to focus much more on easing the startup process than on improving other factors that are important to doing business in their countries.

This focus of policymakers on the establishment process does indicate their increased awareness of the entrepreneurial journey. As can be seen in the graph below, MENA is close to an above world average performance in this category. According to the World Bank, globally there is an emphasis on easing the startup process. Easing registration and licensing bodes well for both aspiring entrepreneurs and the economy as a whole, and evidence from other World Bank studies suggests that smoothing regulations to start a business results in an increase of new companies and in turn creates more jobs and fosters general private sector productivity.

A breakdown of MENA business reforms since 2008. (Stats via the World Bank's Doing Business Reports)

However, much has still to be done. For companies to grow, the ease of scaling, and not simply starting, has to be prioritized next. In our report from 2014, Wamda Research Lab found that as many as 60 percent of regional entrepreneurship experts cited the difficulty of scaling as the most challenging problem for MENA startups.This process hinges on not only easing business creation, but ensuring that companies can easily obtain the resources needed to grow. It is here where the MENA region still lags behind: categories such as trading across borders, getting credit, enforcing contracts, and protecting investors are relevant for fast-growing startups.

Findings from Endeavor Insight, Professor Daniel Isenberg, and many other entrepreneurship-focused research programs indicate that a small share of startups yields a disproportionate share of growth, employment and innovation. Identifying and supporting these specific enterprises is much more important for the economy than the number of newly registered companies.

This effort requires avoiding the popular misconception that an increase of new companies automatically implies more high-growth companies. A recent study examining the example of the US startup scene explicitly warns of policies that nurture the largest number of startups instead of identifying high-potentials.A new, small enterprise creates an average of 20-30 new jobs while high-growth SMEs create an average of over 200 new jobs. In lower to middle-income countries the latter type is critical to solving the employment crisis. Similar trends have proven true in MENA. Endeavor Insight in 2015 published findings indicating that though companies with employment growth of over 20 percent represented only nine percent of companies in Jordan, they accounted for over 50 percent of the jobs in the country.

For MENA specifically, this reality points to a need for policymakers to decide on what they want to achieve through supporting entrepreneurship in their countries. If the end goal is to simply create new companies then the policy reform efforts may very well be on the right track. However, if the vision is to achieve higher levels of job creation and competitiveness then more of the equation needs to be considered.

Overall, doing business became easier, at least on paper, in almost every MENA country. However, much work remains to ensure that entrepreneurs cannot simply start their companies, but grow them.

While registration and licensing must be seamless, the ability to move across borders, find talent, partners and investors are all critical elements of the scaling equation in MENA. Thus, policymakers must perceive these factors as important components of any efforts to create more jobs and promote more prosperity in their countries.