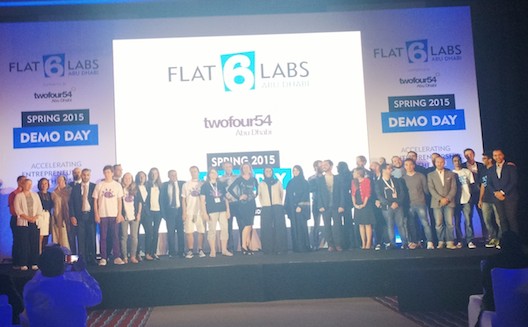 Seven startups from all corners of the globe flaunted their wares over the weekend as the first graduates of Flat6Labs Abu Dhabi and offered a visual cue to the accelerator’s global ambitions.

The startups at the inaugural Demo Day on June 3 came from the UAE, Russia, Italy, Senegal, Egypt and India. They were pitching their ideas to business executives and local investors, but were also walking advertisements of Flat6Labs Abu Dhabi’s goal to support a wider pool of entrepreneurs.

Unlike the Flat6Labs accelerators in Jeddah and Egypt, the Abu Dhabi arm is intended to attract entrepreneurs from around the globe, rather than only cater to local needs.

“In Abu Dhabi, we accept startup applications from all over the world,” managing director Nina Curley told Wamda. “The programs we offer can be considered international. The situation is different in Jeddah, where we focus on Saudi nationals, and in Cairo, where our main focus is the Egyptian market.”

The accelerator is located in the tax-free media zone twofour54, which gives the program the international exposure it seeks, Curley said.

Curley said selecting the first seven teams was not easy.

“We received more than 220 applications, out of which 80 were short-listed for a Skype interview before choosing 17 to pitch their ideas, and finally, seven (were chosen),” she said.

They ranged from education startups to innovators in ecommerce and hardware, and received seed investment of $30,000-50,000 - a solid head start for companies that will need anywhere between $200,000 and $600,000 to reach growth stage.

This size equity stake is around the international standard, Curley said, a feature that designed to attract startups to settle in the UAE. 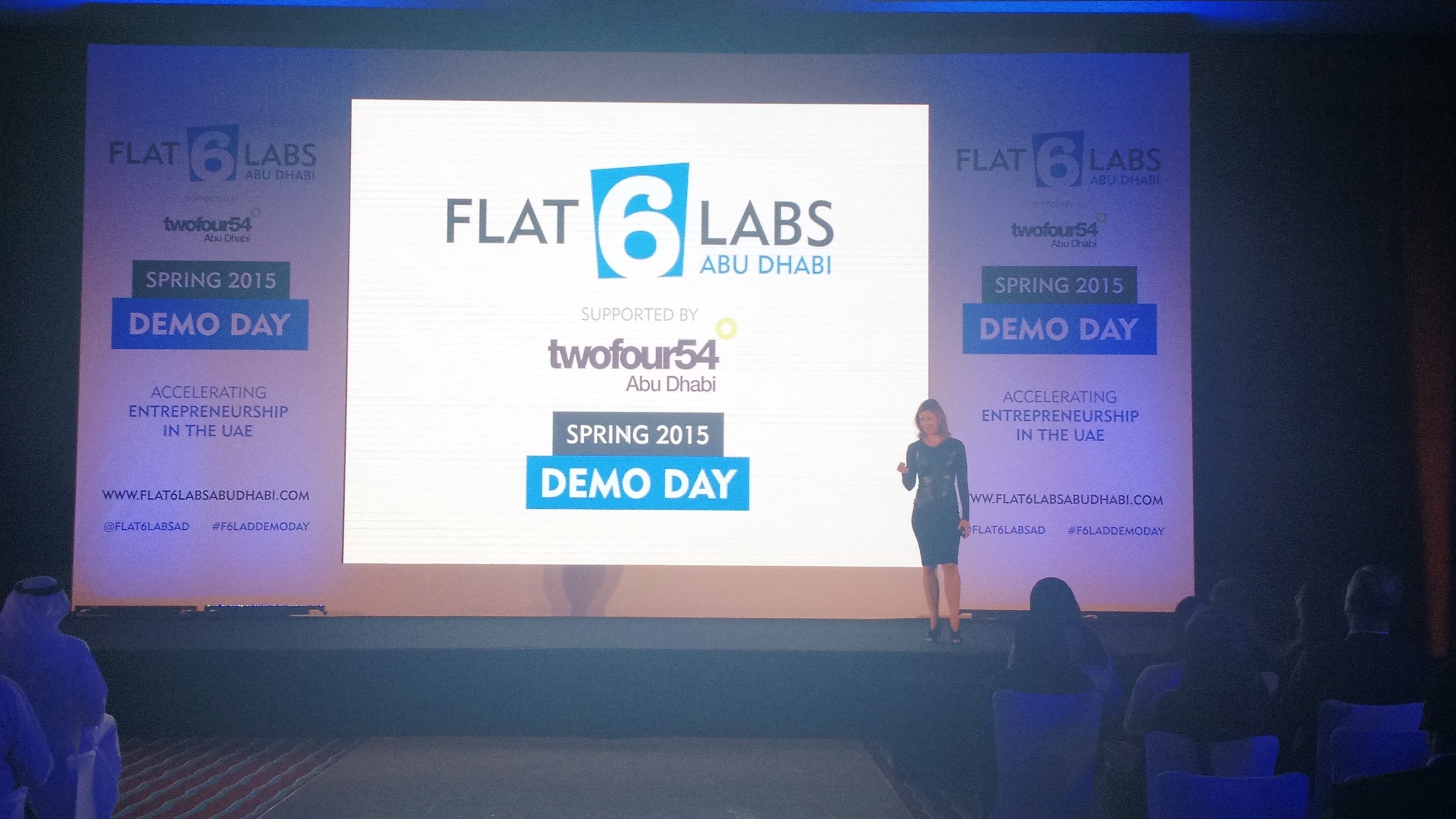 Wamda met the excited graduates, who said the intensive mentoring, networking, business planning and exposure to the UAE ecosystem had added to, or changed, their original idea.

twofour54 CEO Noura Al Kaabi advised the entrepreneurs to always focus on the market gaps, and then on relevant ways in which they can fill these gaps. She also expressed her enthusiasm at having the first batch graduate, which she viewed to be a reflection of both good talent and adequate mentorship.
Flat6Lab’s responsibility to the teams is far from over once the investments are made, given the amount of follow-on mentoring it’s committed to providing. The accelerator has started receiving applications for its Fall 2015 cycle.

So what’s next? Flat6Labs plans include expanding to a more diverse range of applicants, especially UAE nationals, expanding to Beirut and launching an app-development initiative for college students in UAE.