Egyptian start-up 'LocName' did not emerge from Cairo’s bustling streets, but in the Spanish city of Barcelona.

Two years ago, young Egyptian entrepreneur Mourad Alashry was vacationing with a couple of friends in the Catalan city and to find the tourist hotspots, he relied on Google Maps. He found himself constantly misdirected, at one point ending up in front of a kiosk bearing the name ‘Park Guell’ instead of the gates of the famous garden.

This is when the idea of LocName, an aggregate of 'location' and 'name', first occurred to him. He figured that if each location had a unique ‘locname’, that would act as a zip code and put an end to the confusion spurred by multiple results-searches and duplicated addresses.

“We know that there is an even bigger need in the Middle East and Africa,” Alashry said. “Street names can be called a certain thing by residents and something totally different on maps, many people don't even have an address at all, and oral directions are often inaccurate.” 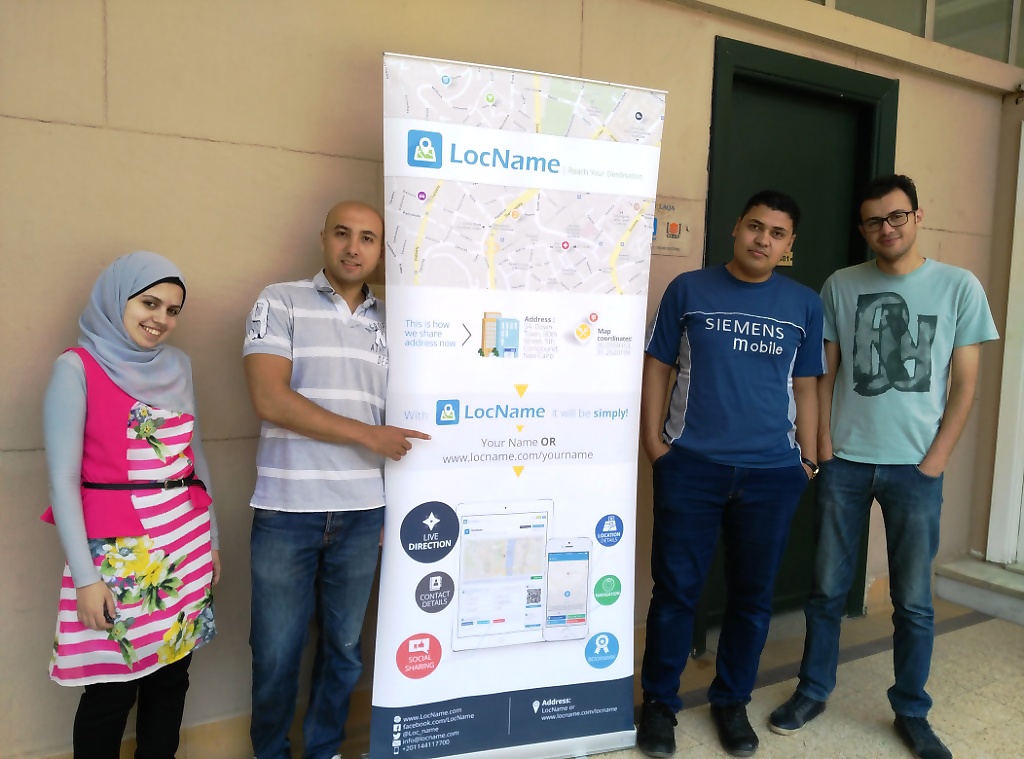 It started  in 2014 as an online map, where people could create their own personal locname with their address and coordinates, and, most importantly, choose a unique name that would act as a post code.

But Alashry and his co-founders quickly realized the need for a mobile application - since people usually get lost in the street and not at home - which they launched in February.

So far, 3,400 locnames have been created. “Up to 70 percent of our users are in Egypt, 20 percent in Saudi Arabia and the rest is scattered everywhere,” Alashry says.

While doing research and trying to fix map and address-related issues, they stumbled upon a new need, this time from the e-commerce industry: not only are maps inaccurate and outdated, but they are also incomplete, which seriously hampers e-commerce and delivery industries which lose money when they can't reach customers easily.

“We are establishing a plug-in, or a solution for delivery businesses, through which they are able to capture a customer's address accurately, since the address has been validated by us, which ensures that the end result is correct.”

LocName can guarantee this accuracy by what Alashry calls 'indirect crowdsourcing': when a customer reaches the check-out in an online store, his address details are verified by LocName using  GPS coordinates and algorithms. 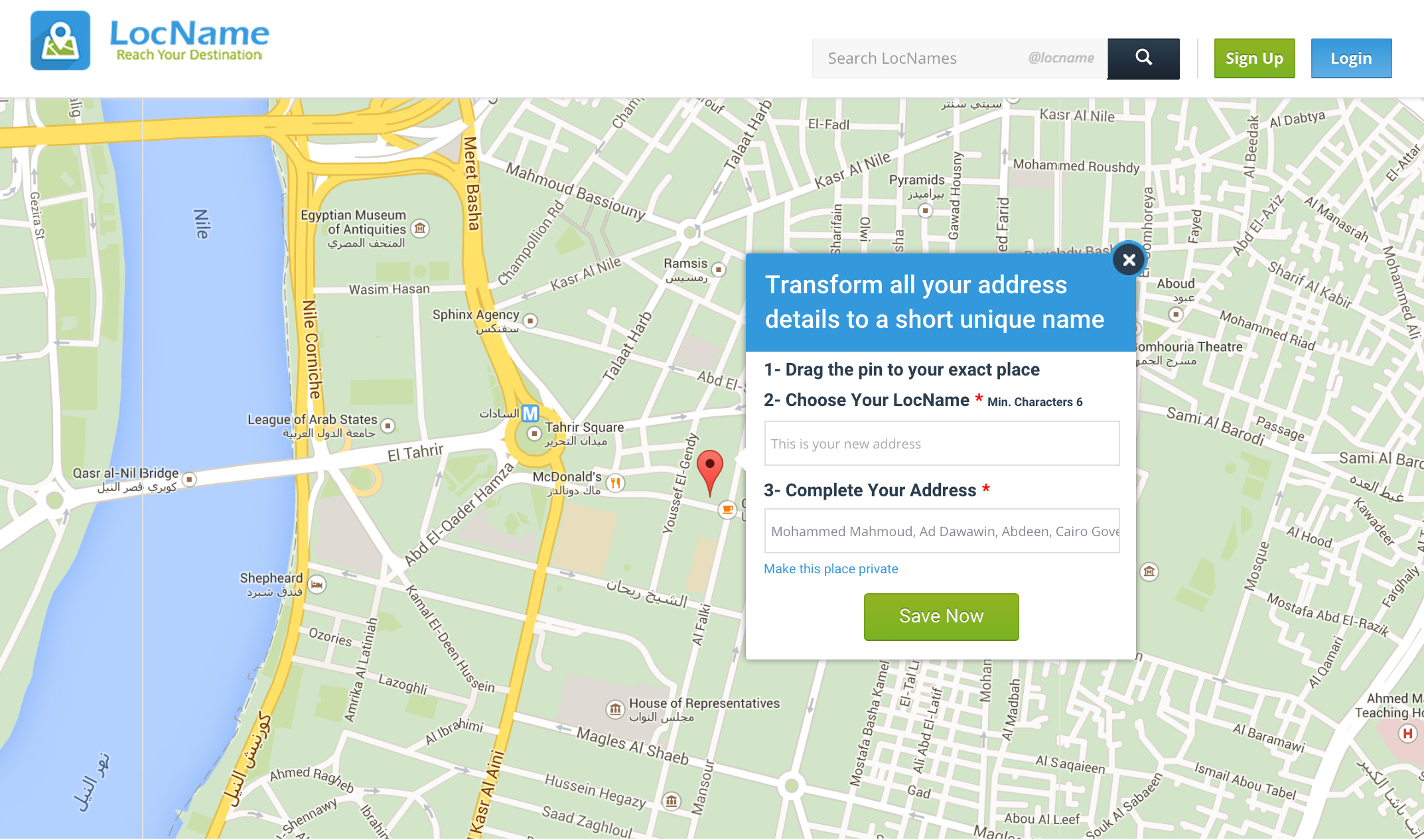 Cairo's rapid urban sprawl means many addresses are no longer accurate, or simply don't exist at all. (Image via LocName)

LocName has worked with regional ecommerce giants Jumia and Souq.com for the development of its new plug-in.

Souq.com general manager Omar El Sahy said they’d been in touch with LocName and would adopt LocName if it offers an added value not currently available on their platform.

“Souq.com has developed its own, integrated solution to localize clients. On check-out, customers input their address details and it appears on a map,” he told Wamda.

El Sahy says Egypt fares quite well in terms of map and address accuracy, especially compared to Saudi Arabia, but he supports the idea of LocName rolling out an affordable solution and establishing a more mature, or scalable system to localize customers.

“Although we are not often confronted to delays caused by incomplete addresses or miscalculations at Souq.com, when it happens it breaches the customer's trust and reflects badly on our business.”

Show me the money

The plug-in is expected to be the most profitable feature since they plan to charge 1-2 cents whenever an ecommerce platform uses LocName to look up a customer's address.

“This is a small amount of money, but we are counting on having a huge volume of users,” Alashry says.

For address verification, where institutions such as banks or government bodies that require users to verify their addresses, LocName will charge a small fee for the service.

But Alashry's vision goes further, right down to the people who don't have any address.

“Interestingly, in Egypt poor people living in remote villages are not the only ones deprived of addresses. Residents of newly built compounds at the edge of the city also suffer from not having addresses. Try to find the house of a friend who lives in 6 of October City or Tagammo: it's a hell, and there is no one in sight to ask for directions.”

LocName aims to create a complete address book of all citizens entirely based on users, without relying on the government's help, and Alashry has even met with one of Egypt's most well-known NGOs, Misr El Kheir, to discuss the feasibility of mapping marginalized citizens.

“Having an address is like having an identity. It affirms you as a full-fledged citizen, and facilitates help response in case of emergency.