Moroccan entrepreneurs are rushing to develop a thriving startup sector, and this year they managed to attract major players from their eastern neighbors to the annual Level Up Morocco meetup. 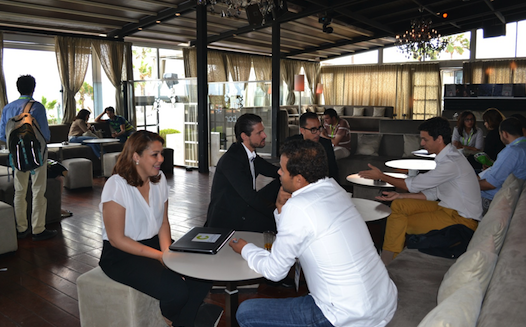 Meetups and networking at Level Up Morocco. (Images via Houda Lahlou)

The first day started with a bootcamp for 12 startups, who worked on projects before pitching to a jury of mentors and investors. Four stood out, winning a chance to pitch to a crowd of 300 the next day.

LIK, the application which allows users to obtain free phone credit, won the competition  and a $1,000 cash prize from online classifieds platform Avito.

The search for funding was a key topic of discussion. 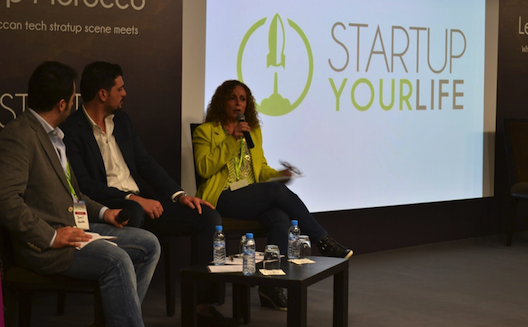 While local initiatives allow startup owners to pitch their projects infrontofinvestors such as Pitch Lab, or to obtain small funding amounts such as Réseau Entreprendre (the Entrepreneurship Network), opportunities to access large sums are few.

for startups in the Moroccan market. Over the last five years it’s invested $100,000 in 13 businesses, but these investments were mostly targeted at startups having already achieved certain sales figures, says Omar El Hyani, MNF investment manager.

international events such as Arabnet to find foreign investors and smart money.

Oasis500, the Jordanian accelerator has invested and mentored 111 startups in the region, including Moroccan company Sheaply in 2015. Flat6Labs is another flagship accelerator that has programs in Cairo, Jeddah, Abu Dhabi, and soon Beirut.

“Jordan, Lebanon, and Dubai have the most advanced and dynamic startup scenes in the region,” Wyne said during his panel.

But startups must meet three criteria to be admitted to such programs: they have to solve a real

Developing a community is essential because it helps entrepreneurs surround themselves with people who support their projects, share resources and knowledge, and participate in events that allow them to find funding, Wyne said.

This is why StartupYourLife was founded, to develop a community of entrepreneurs who can provide peer-reviews and act as beta-testers for each other’s projects.

Given the economic and social lack of understanding of the Moroccan entrepreneurial ecosystem, StartupYourLIfe aims to shed light on Moroccan innovative entrepreneurship.