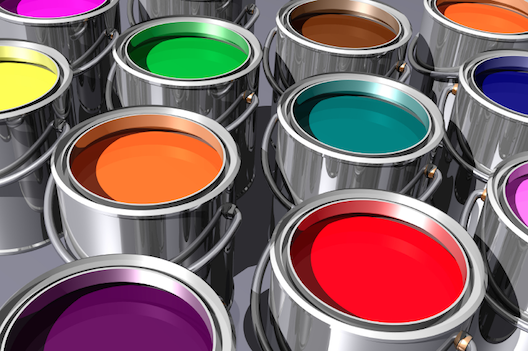 Once mixed, there's no turning back. (Image via Raail.com)

A new wave of entrepreneurship research encompassing the classical psychology debate of nature versus nurture begs the question: are entrepreneurs born or made?

Understanding the building blocks and cognitive patterns of entrepreneurs allows us to gain insight into the most common personality traits, as well as infer how their pattern of thinking influences their behavior in hypothetical scenarios.

Unfortunately (or fortunately), there is no ‘entrepreneurial gene’. To date, researchers haven’t found a specific, or set of genes that are solely responsible for yielding an “entrepreneurial personality”. Several pieces of literature (here, here and here) are pointing to the fact that entrepreneurs are made, not born.

It is said that our genes interact with our environment in a highly convoluted manner. Imagine I tell you to mix red and yellow paint until it becomes orange, and then tell you to separate the orange paint into red and yellow. It’s virtually impossible.

The same applies to our personality.

The complex gene-environment interaction makes it extremely difficult to isolate the genetic portion of a personality characteristic from its environmental influence, and safely conclude that genes are solely responsible for this trait, or vice versa.

While up to 60 percent of critical personality traits are heritable, including risk-taking and tolerance for uncertainty - the extent to which these traits are expressed is influenced by one’s upbringing and life experiences - whether at home, school or during their career.

In other words, if someone did have a genetic disposition for risk taking and grew up in an environment that supported this trait, then the likelihood of that person exhibiting risk-taking behaviors increases.

Ultimately, the propensity of one to become an entrepreneur, or exhibit entrepreneurial characteristics lies at the intersection of how their innate abilities were shaped by their life experiences.

Though, as stated earlier, no entrepreneurial gene exists, studies analyzing the personality traits of entrepreneurs have found the following underlying characteristics. 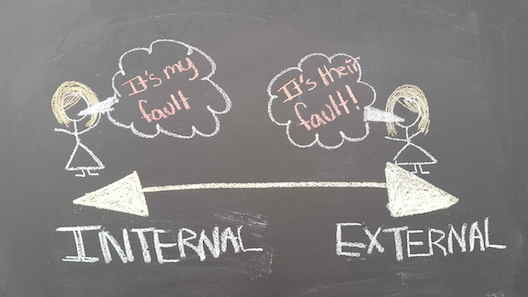 "I didn't get the funding because I made a mistake". (Image via Teeb Assaf)

Most entrepreneurs have been found to have an internal locus of control and as a result, typically feel more responsible for their achievements, have a strong sense of self-efficacy and more action oriented. They often applaud themselves for their successes, and blame themselves for their failure.

Entrepreneurs by nature are risk-takers and tend to look for risky ventures with a high reward. However, the risks they take are not impulsive (they are very unlikely to roll a dice, bet on chance, and jeapordize their entire business). Rather, the risks entrepreneurs take are calculated. They carefully evaluate the potential benefits against the cost. Their high sense of self-awareness facilitates a more realistic understanding of their own capabilities and what can and cannot deliver.

Moreover, entrepreneurs tend to take these calculated risks at small stages throughout their endeavor. Through constant experimentation, and trial and error, they gain insight into what works and what doesn’t. By doing this, they are able to leverage this knowledge for future decision making and reduce long-term risky choices.

Most entrepreneurs pivot. Their strategies, value proposition and positioning (should) develop as the company grows and the founders gain more market insights. This is especially important in a time when market innovation is occurring rapidly and customers are becoming more sophisticated.

Entrepreneurs have been found to be highly sensitive and adaptive to their surroundings. Nevertheless, they do set plans in place but they’re not married to them. They tend to just understand that plans do change - and that is okay.

Being flexible enough to adapt to the current relevant environment while maintaining the integrity of the product and services is crucial and might be a key determinant to their success.

With more research dissecting entrepreneurs and diving into their minds, very fascinating insights are expected to be published in the future. While these insights may not be helpful in predicting entrepreneurship - they can provide a great deal of information regarding the way entrepreneurs think and how these variables can predict their behavior in various scenarios.