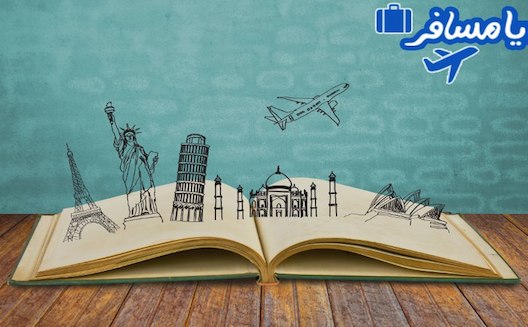 The world is your oyster. (Image via Yamsafer)

Yamsafer, a Ramallah-based hotel booking platform servicing the Arab region, has announced a $3.5 million Series B funding round led by Global Founders Capital (GFC), along with existing investor Sadara Ventures and other undisclosed investors.

Three years after raising $1 million as a series A round from Sadara Ventures, Yamsafer manages to raise more than three times the amount.

The company has been profitable and grown at an average of 60 percent month on month over the past 18 months.

“We have a very low burn rate but we need more money to grow fast now,” says Faris Zaher, founder and CEO of Yamsafer.

The travel sector presents a big opportunity in the MENA region, Zaher noted.

Indeed, average hotel room revenues and occupancy rates in the Arab world exceed those of the rest of the world, according to payment gateway Payfort.

“We might have one or two winners from the region in the next five years, and we want to make sure we are one of them.”

This potential opportunity was at the core of GFC’s interest in Yamsafer. As a stage-agnostic venture, the European fund was set up in 2013 by Oliver and Marc Sawmer, founders of Rocket Internet, investors in online food delivery and travel companies.

“Taking an existing proven business model and being [very] execution-driven was the principal key driver for GFC to invest in us,” Zaher said. His team also worked closely with suppliers. While many startups work aggressively to get customers on board first, Yamsafer was very active on both the supplier and customer side.

Yamsafer is focusing on the Gulf, and isn’t considering other markets at the moment. The company plans to use this investment to scale faster, acquire more customers and increase supplier relationships.

“We want to turbo charge what has been working for us now and make the most out of it,” Zaher said.

Access to Rocket Internet’s network will help Yamsafer in its expansion. The fund doesn’t play a role in the daily operations of its startups, but it brings with it a lot of expertise about the industry and the region. Previous investments include Namshi, a Saudi ecommerce site focused on fashion, servicing the Arab region and very big in KSA, in addition to global travel companies such as Dreamlines in Germany, Voopter in Brazil, Traveloka in Indonesia and TravelBird, now in 17 European countries.

The Yamsafer team is eager to build a one billion dollar business. “Getting money is getting people’s trust in you and your work, and this is where we get to the hardest part - where we want to work hard to stay up the expectations,” Zaher said. “This round of financing shows that foreign capital is more accessible for Palestinian startups but we have a lot to prove going forward.”