The Iran startup scene has gone through a quiet, yet powerful, transformation over the past year. Despite slow internet, failing infrastructure and international sanctions, startups have been popping up.

With this week’s nuclear deal, international money waiting to flow in, and Iranian startups finally able to expand internationally, this transformation is ready to continue to the next stage.

With a young ecosystem though startups need a good support infrastructure to guide them, connect them with experts, put them in touch with fellow entrepreneurs, and ideally bring them initial funding.

Iran can count many old-school government owned and operated incubators but what’s really interesting at the moment is the growth of private (non-state sponsored) organizations.

In Iran, most of the private players call themselves accelerators. There are three of them, mostly so discreet that it’s hard to gather information, and only one of them really matches the definition of an accelerator. 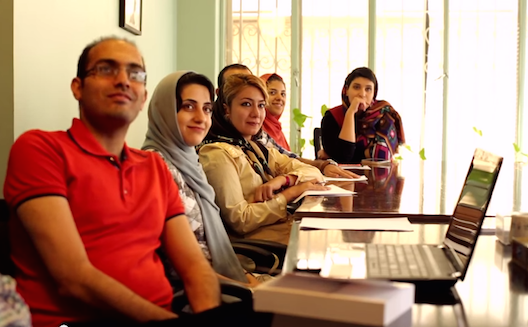 This Maps startup has grown to have more than 20 employees. [Image via Maps].

Maps calls itself “the first accelerator and seed stage investor in the Iranian high tech community”. Launched by Fred Korangi in 2012 this organization is first and foremost a business angels collective composed of five investors who all came back to Iran after spending over 25 years abroad. “There were not enough entrepreneurs worth investing in, so we created an incubator,” explains Korangi.

Over the course of 18 months – although they might reduce it to 12 – they train entrepreneurs on how to operate their own business on aspects as wide as legal, and financial challenges, governance, managing human capital, design thinking, and problem solving. They receive five hours of mandatory training per week, and then offer specific hands-on mentoring. They have a physical space where the 22 members of their startups, and the five cofounders, work.

By the end of 2014, they had invested in no more than three startups, as they were still checking the incubator model, he says. We have no information yet as to how many startups they have invested in in 2015.

Startups they’ve invested in, such as medical directory site Shafajoo and big data software platform company Miras (which operates in Luxembourg to reach the international market), are getting “national and International traction, and can claim multimillion dollar positions in the market place,” believes Korangi.

When asked for information about the business model and the tickets invested, Korangi said he would rather not provide more information about their portfolio companies, nor investment model nor approach. All he can say is that they have enough money to invest in companies for five more years and plan to exit their portfolio companies via IPOs or acquisitions, in a three to five year timeline.

The organization in general has been very quiet - they don’t even have a website. “If you’re quiet and low key they [the government and governmental entities] don’t bother you, otherwise they usually come in and [make trouble],” he believes, especially when you’re from the diaspora. 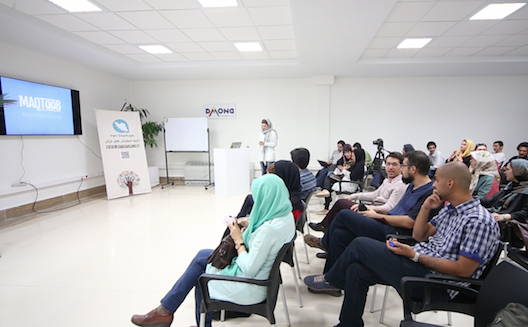 Dmond was launched by Ahmadreza Masrour in early 2014 as a branch of Plug and Play Tech Center, although they’re not listed on Plug and Play’s website.

They offer a three months pre-acceleration program to startups with a prototype (MVP) and initial business plan. During this “Startup Camp,” startups are connected to Plug and Play’s network of startups. After that, startups can join the six month accelerator program and receive between $15,000 to $30,000 in seed capital for a 10 to 30 percent equity.

It’s a bit unclear what the differences between the two phases are, since both appear to offer a “combination of structured workshops, speaker series, mentorship sessions as well as active coaching." Startups can work from Dmond’s top-notch offices in the famous Sharif University of Technology, at a subsidized rate.

Just like MAPS, Dmond doesn’t work with batches – startups join whenever they’re accepted – the entire program lasts more than nine months, and their money is coming from the cofounders, so they don't really qualify as an accelerator in the traditional sense, but as a business angel-powered incubator, they have interesting models. 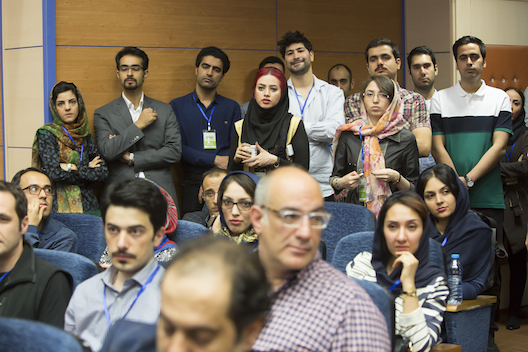 Avatech is a six month startup accelerator program launched in 2014 by Mohsen Malayer and Said Rahmani. It provides entrepreneurs with training, seed funding and a creative workspace for a period of six months.

Avatech has already accelerated 10 startups, including Reyhoon a food delivery service that is already the most popular in Iran; KSNA, a marketplace for video tutorials in Farsi; a web and mobile app whereby a user can control the music being played around them called CafeTunes; and Lendem, a mobile social networking site facilitating the sharing of physical items amongst users, as we've reported previously Wamda.

Startups that were accepted into the program received the equivalent of $8,000 in funding, along with an additional $30,000 from the accelerator’s angel network. They had access to a network of international and local mentors and supporters, workshops, and office space in Pardis Technology Park, over a period of four months. In return Avatech takes 15 percent of the company’s shares.

Over the next three years Malayeri says their aim is to accelerate 100 teams and expand to other locations by next year year, “either adding a vertical in mobile, health or FinTech, or simply expanding to another city in Iran.”

You may also want to read: