At the worn-out Bou Khalil mall on the edge of Lebanon’s northern capital of Tripoli, Soumaya Merhi makes wheat-free baked goods for clients across Lebanon. Bread Basket is creating a demand for modern healthy products in a largely traditional market. She also hopes to educate the public about healthy eating, something she believes is lacking in the region.
Merhi, who spent eight years living in Montreal, working in organic food and baking before returning to her native Tripoli to open her own business amid hard times for the city two years ago.
She has six employees from some of the city's poorest areas that see occasional armed clashes. The business is now rapidly growing, and she expects to reach around $500,000 in revenue by next year and eventually become a niche brand of organic baked goods for the MENA region.
At the end of the summer, she plans on launching a gluten-free line, thus completing her collection of healthy baked goods of cookies, flat bread and energy bars.
Wamda: Why did you did you decide to open your business in Tripoli?
Soumaya Merhi: I come from Tripoli. It never even occurred to me to open in Beirut. I wanted to have a bakery and an accessible product in Lebanon. I wanted to create a competitive national product. I don’t understand why we don’t have local fresh products. There’s a difference between a fresh biscuit and one that’s three months old.
I want the products to be Lebanese friendly. This isn’t a French bakery. It’s still Arab. I make maamoul [the date or pistachio-filled cookies]. I take the recipes and give them a twist.
I have an innovative product that I distribute all over Lebanon from a run-down mall in Tripoli.
Wamda: How did you get the word out?
Merhi: I started with a stand at Souk Al Tayeb. I’ve always distributed directly to restaurants, bars and delicatessens. I had lived outside for eight years, so I didn’t know anyone. I’ve done a lot of driving. I’ve gotten to know the country by selling bread and cookies. 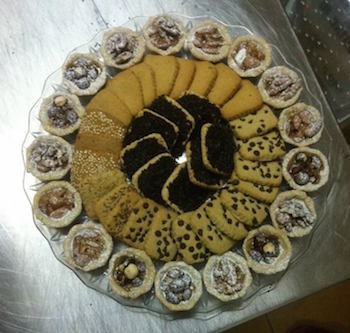 Wamda: What were the challenges of starting your business?
Merhi: I had to prove myself to the bakers and the shareholders. My father is the main shareholder, and he pitched it to his friends. It was a gamble for both of us.
I didn’t have a graphic designer to do the branding. I just stamped my own bags. I needed creativity to survive.
At the end of the day, if we don’t generate enough income, we would have to take radical decisions.
Wamda: How are you doing so far?
Merhi: We’re making $20,000 a month from cookies and bread, double what we were making last year. We started to break even two months ago. I’m hoping that next year we can reach at least $42,000 a month. The market entry is high and tough.
Wamda: What are challenges specific to Tripoli?
Merhi: There’s no notion of professionalism. People aren’t used to it. I’m trying to create professionalism by being organized and setting an example. As long as I’m struggling to fight in the market, I can’t take a break. We’re too new in the market. We’re still struggling.
Wamda: What about Lebanon? How are things different here than in other countries?
Merhi: In Canada, things would have been more facilitated. There, they have uniform information. Here, there’s different information for paperwork. Uniform information isn’t available in Lebanon. 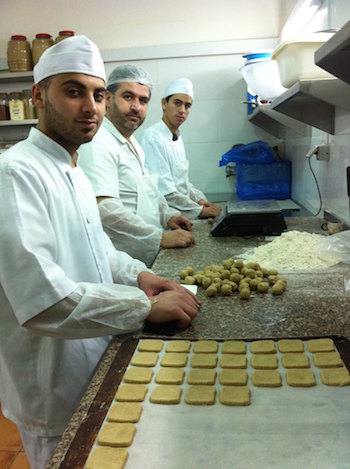 Wamda: How did you find your employees?
Merhi: I found them through word of mouth through different people. Most left school at the age of 11. An ex-baker was illiterate. I’m learning with them, and they’re teaching me a lot. They’re a bunch of guys. This is a new product that they’re not familiar with. Their work shows through their intelligence and dedication. I come back and everything is done. They all have families. Sometimes I think they struggle with having a woman boss. It might be the first time they’ve seen it. We’re very close because [most of us] started together. I feel like I’ve gained their respect, and I’ve gained respect from them.
I opened in Tripoli when the situation was very bad. There were clashes in Bab al-Tabbaneh and Jabal Mohsen. It was a tough year. Some of the employees are from these areas, and they couldn’t always come to work. But they stuck with it.
Wamda: What are your plans for the future?
Merhi: I want to export healthy food to the MENA region. But I need a distributor to take care of logistics.