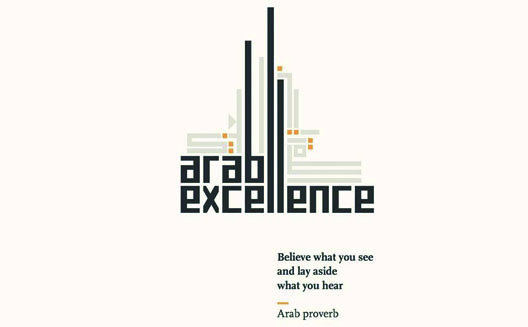 As a teenager, were you inspired by an Arab entrepreneur, athlete or artist? Probably not since very few are known to the public. This is a problem because without role models to follow, teenagers and young adults tend to think that success is not possible in the Arab world. And yet, many Arabs excel at what they’re doing and have stories as impressive as their successes.

Hamza Chraibi created Arab Excellence in January 2013 to spotlight models of excellence and achievement and prove to young Arabs that success is indeed possible in the region.

“The words 'success and achievement' have to become ordinary in the Arab youths' minds so that more take initiatives and risks,” he says.

To do so, the association produces video interviews of successful entrepreneurs. The team then broadcasts those videos to young Arabs to convince them they, too, can do it.

Talking about success in the Arab world is too often seen as a taboo, according the founder.

“We’d rather keep our success to ourselves out of fear of passing for a poseur,” he said [Editor’s note: other factors can explain this silence like superstition or fear of attracting the attention of envious and powerful people].

“Most Arab success stories are not celebrated and not known to the public, which lead many young Arabs to think that the only way to succeed is to go abroad,” he continued.

On the contrary, in the United States, success stories are celebrated and kids grow up knowing that success is achievable, and as a result take more risks.

For Chraibi, it’s important to create a similar environment, one where young Arabs are not afraid to dream, to set ambitious goals, and to work hard to reach them.

“We have in our region so many success stories,” he said and cites Mohed Altrad, a Syrian Bedouin orphan who grew up to be an entrepreneur known worldwide, and Omar Samra, the youngest Arab to climb the Everest who is now heading for space, as examples.

“All we need is to reveal [those stories] and share them with the youth to multiply those stories in the future,” Chraibi said. 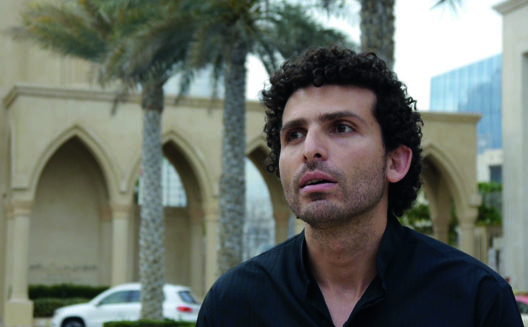 Omar Samra, an adventurer turned entrepreneur turned space traveler, is but one of the successful Arabs featured by Arab Excellence.

Kids need to understand that success isn’t limited to having a large wallet," the Moroccan says. “Excellence doesn’t necessarily mean financial success or media buzz,” he continues. “We look for people who became respected experts in their field and who are changing the world in a positive way. We look for people with positive values of humility, who are trying to help the community.”

Helped by a network of friends and partner organizations, Arab Excellence’s team managed to meet more than 55 role models – most of their interviews still need to be edited or uploaded.

To create content worthy of the talent of the interviewees, Chraibi had to learn how to create great videos. With professional equipment in his hand, he convinced an interview expert, a journalist and movie director to train him for free.

Today, the organization has over 10 contributors, mostly volunteers, based all around the world, from Dubai to Tunis to the United States, some of who have been trained to the art of movie-making. Some journalists have also offered to helps. “The long term idea is to develop a participative movement,” explains Chraibi.

But when that’s not enough, the team can now bring in professional cameramen thanks to the financial support of several sponsors. In the future, Arab Excellence plans to become a social venture that offers event organization, and university and corporate training for example.

To reach the youth, mix online and offline

Just like TEDx and other similar initiatives, Arab Excellence publishes its videos on its website and works with media to amplify its reach. But to make it all the way to young Arabs who are not connected to the internet or aren’t used to watching this type of media, there’s nothing better than real life meetings.

Chraibi and its team have organized several screenings in high schools and universities to discuss the videos, but their main focus is on orphans. 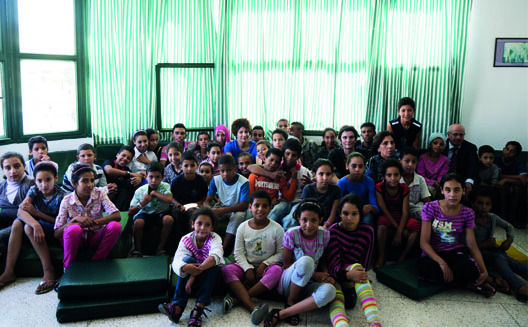 “In many Arab countries like Morocco, thousands of young orphans end up living in the street, engaged in violent activities, and even sometimes join terrorist groups because they don’t have hope or inspiration,” Chraibi says. “Those messages of hope […] resonate in those teenagers’ minds.”

Even if it’s too early to measure the impact of those videos, the founder says that many teenagers have already started digging up old dreams and are speaking with optimism. A lot of them are now more confident about who they are, and what they can achieve, he says.

And this is only the beginning. In the coming years, Chraibi hopes to integrate those stories into school curriculum in Arab countries, to develop online classes based on those models, and to involve students in the interview process.

If there’s one lesson to draw from all those interviews, it’s that you have to think early about what you want to do in life, Chraibi says, and you have to put together a plan with concrete and precise goals to achieve in the short, medium and long term.

“When you work, you overcome obstacles and reach excellence. Money and financial security follow naturall,” he says.

The second key to success is listening. You have to “learn to listen to people who were in your shoes before you and who can orient you and save you time. You have to surround yourself with mentors to succeed."

On the same topic: