"Everyone is a dancer by nature," claims Anas Nahleh, 23.

Anas and his brother, Abdul Hadi Nahleh, 25, shared a passion for dancing for over a decade before opening Studio 8 in Amman’s Jabal Al-Weibdeh district one year ago, a performing arts center that could be a tool for social change. 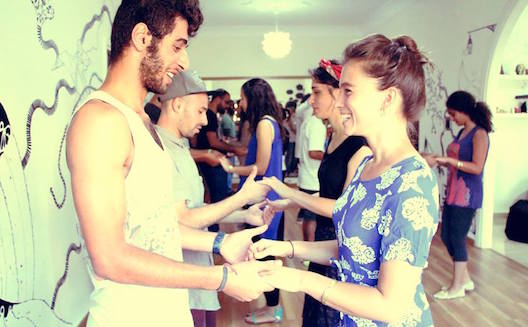 Salsa is just one of many dances that Studio 8 teaches. (Images via Studio 8)

Although neither brother has a formal arts education, both were instructors at other dance studios, where they gained a following amongst their students before striking out on their own.

Realizing there aren’t many affordable dance studios in Amman, the Nahleh brothers decided to focus on people who have a strong desire to dance but can't afford the costs other facilities charge.

The other social good to come out of the studio is a program for therapy and healing for Syrian refugees. Anas, who often practices in public spaces, has met a lot of people - especially refugees - through his dancing. Many have joined the studio's dance community as a result.

“We believe that refugees have seen things we can’t even imagine, so dance can be therapeutic and a venue for expressing their suffering, their stories through the art,” Anas said.

Studio 8 offers a variety of courses including break dancing, hip hop, belly dancing, popping, tango, Zumba, salsa, African, dabke, tap, circus, and contemporary, as well as yoga and meditation sessions. The brothers work full time at the studio and have many part time instructors. They also offer workshops in collaboration with other organizations in Amman. There is a fee to attend classes, but some public workshops are offered for free.

Besides emphasizing technique, Studio 8 instructors also teach the history of the music and costumes. 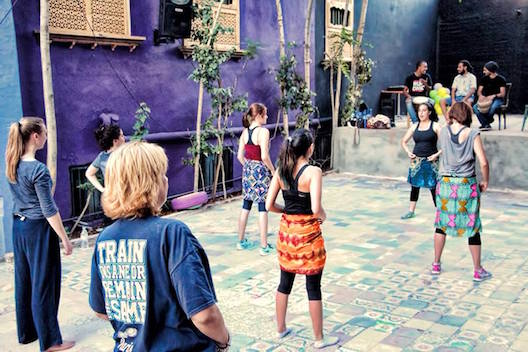 Dance had the potential to break down barriers and unite people from a variety of backgrounds and philosophies, Abdul Hadi said. By their nature, dance communities are collaborative. Dancers learn, practice, and perform together. Dance communities are common in Lebanon, Ramallah and, prior to the war, Syria, he said.

Unfortunately, art and dance were under-appreciated in Jordan and it has taken a long time for people to appreciate the important role dance can play, he said.

Indeed, Anas and Abdul Hadi know firsthand what it is like to have their career choice misunderstood. They grew up in Jabal Al Nazha, a conservative, traditional community in Amman.

“No one is supported or educated there,” Abdul Hadi said. “We had to hide our dancing for many years, but now we are reaching out to poor communities, because we recognize how dance can change people, and we consider ourselves examples of this.”

In some traditional communities, many people are afraid of social change and risks, according to Abdul Hadi.

Young men in particular are expected to pursue career paths that honor the family first, rather than focusing on personal desires. 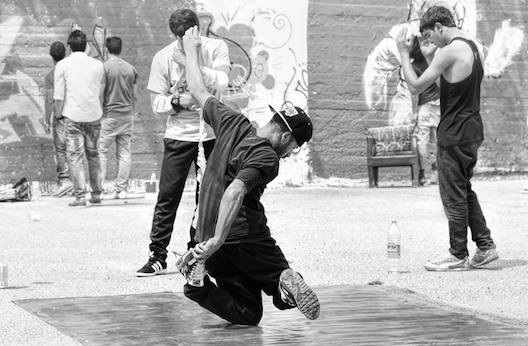 “They (the local community) believe we are doing something against the law, religion, and tradition,” he said. “They think we should be working in a bank, or with the military, without any innovation or originality. They think we are just playing and wasting time, especially because of our age.”

“Art and dance in general are the best tools for social change, and that’s why conservative communities are afraid. Art can be a weapon; but it is about the intention, and if you use it in the right way, you can do many good things,” Anas noted.

The brothers are using their savings and revenues from the studio to fund the project. Their primary marketing tool is social media, and they have big plans.

It will likely require the support of donors, but the brothers aim to establish a larger space that would allow them to host visiting dancers, as dance festivals in Dubai, Egypt, Lebanon, Turkey, and Colorado have hosted the brothers.

They hope to support public festivals, offer more classes next year and to launch an artist’s residency program that attracts talent from overseas. The goal is to promote a community movement dedicated to art for social change, and to allow Jordan’s dance community to reach its full potential.