In the middle of Beirut's Achrafieh area is a small boutique with rows and rows of honey jars stacked on top each other. The boutique is called L'Atelier du Miel, also the name of a team of entrepreneurs determined to put Lebanese honey on the map. 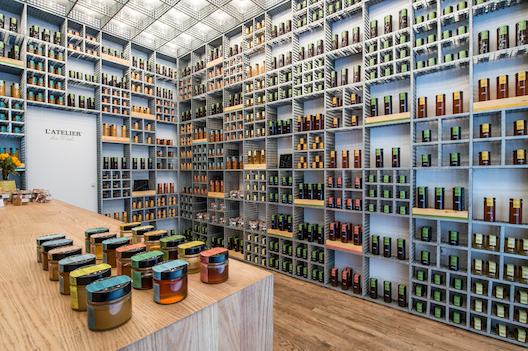 Ralph Bou Nassif and his cofounders, brother Marc Antoine and long-time friend Rabih Traboulsi, currently manage about 1,000 beehives locally, which they move all across Lebanon, from Akkar, in the north to Saida in the South.

Their hives produce around 15 tons of honey annually, making L'Atelier du Miel one of the largest local producers of Lebanon, and possibly the most diverse too.

“We offer more than 30 different kinds of honey to our customers,” said Bou Nassif. “We’re all about giving them this unique honey experience in our boutique.”

The story behind L'Atelier du Miel began with just one beehive in 2011. The three founders had office jobs at the time (Bou Nassif was a consultant for Booz & Company in Beirut).

“We wanted to learn a craft in nature,” Bou Nassif said.

After experimenting with the first beehive in 2011, the trio bought 30 beehives for about $6,000.

They then had to learn the craft. None of them had experience in beekeeping, so they observed local beekeepers and studied scientific journals. 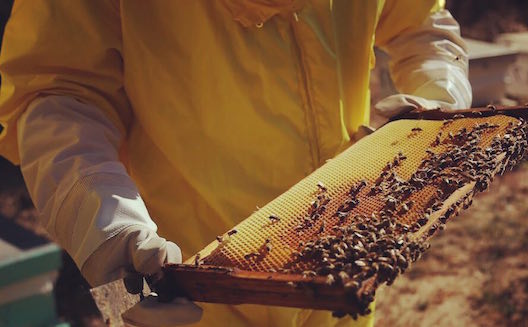 The team manages around 1,000 beehives all across Lebanon.

After a brief internship in France, the trio found a French partner who could teach them the correct beekeeping practice. They then began managing their beehives and making their bees work for them.

They took out a $120,000 loan from Kafalat in 2012 to open their boutique and cover the “expenses of manufacturing honey.

It took just 30 beehives and only one year to break-even and repay the loan.

And business has been booming ever since.

How do they do it?

“We follow a scientific method called transhumance, where we move the beehives all year long to follow the flower blossoming, so they can have access to natural resources all year long,” Bou Nassif said. “This way, we don’t need to feed them sugar, as many beekeepers do here.”

Beekeepers who claim to produce natural honey should not be feeding their bees sugar, said Rami Ollaik, beekeeping professor at American University of Beirut (AUB).

“Genuine honey is honey made totally by bees, without the intervention of the beekeeper, as opposed to adulterated honey, which has human intervention,” Ollaik said.

Moreover, access to different kinds of blooming flowers is what allows for such a variety of honey.

“Lebanon is the ideal place for the [transhumance] method to happen,” Ollaik said. “We have  so much diversity in altitudes and seasons for such a small area, and you can find flowers all year long.”

L'Atelier Du Miel’s trajectory may seem similar to other business success stories. But the team is still battling misconceptions.

“People have a lot of false conceptions about honey in Lebanon” Bou Nassif said. “They believe, for example, that honey should be liquid, not creamy. If it is creamy, they think it has added sugar, and there are many other misconceptions. So we decided to educate our customers.” 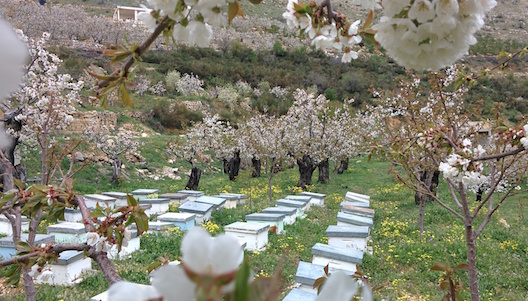 "We move the beehives all year long so they can have access to natural resources all theoughout the year."

Even though the group faced some resistance from their customers, the overall reception was very positive, as they sold their first honey batch “almost immediately.”

“People were very surprised at first,” said Abou Nassif. “They used to ask: ‘Are you sure of what you’re doing? Then they read about it on the internet. They even asked for laboratory tests, which we were willing to show them.”

Laboratory tests are a crucial part of the team’s honey testing process, as they import honey from about 1,000 beekeepers abroad, mainly in France, who supply nearly as much honey as the trio produces in Lebanon.

“We trace the honey so there should be no sugar, no pesticide, no antibiotics. The second part is testing the parameters of the honey,” Bou Nassif said.

Glucose and fructose levels should range from 30 to 40 percent and 20 to 30 percent respectively, depending the type of honey, according to Ollaik.

“Genuine honey has 17 to 25 percent moisture content, less than 5 percent sucrose and honey has an acidic PH ranging from 3.4 to 4.5,” Ollaik said.

There are other challenges. Honey production is expensive and yields are low.

“Lebanon is not an agriculturally industrial country,” Bou Nassif said. “it’s not like France where we have fields of lavender that start in over 200 km. Every beehive in Lebanon produces much less than one abroad.”

The company produces other products, like jams, to increase revenues.

“Unfortunately in Lebanon, we don’t have policy to protect nature,” Bou Nassif said. “In Hazmiyeh,  the mayor came and he decided to cut all the trees. We tried to speak to them to convince them that it’s bad but they don’t know, and there is no policy to protect such areas.”

A lack of competition

Few beekeepers in Lebanon follow the transhumance method, Bou Nassif noted. He encourages others to produce honey. If it meets L'Atelier du Miel’s standards, they will buy it.

Though the team claims to have received various offers from abroad, they’re not in a hurry to expand their business.

“We’ve been asked to export our products to various countries in the GCC, Saudi, France and up to the far east in Japan,” Ralph said. “But quick gain is not what we’re looking for.” 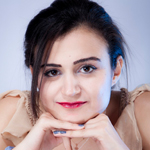 When Maysaa first started writing for the AUB magazine as a student, she was searching for ways to make journalism more fun and interesting than the usual old-school narrative. After writing for several magazines, she became fascinated by the word "entrepreneurship" and decided to focus all of her energy on researching and writing about it. You can reach her at maysaa.alajjan [at] gmail.com and on Twitter at @MaysaaAjjan.