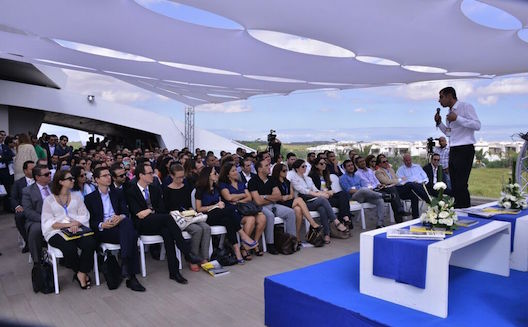 Concensus is building that Morocco is where Egypt was four years ago.

Entrepreneurship is taking off, success stories are cropping up, the ecosystem is taking shape, and accelerators and investors are setting up shop, said attendees at the CEED Annual Conference in Casablanca on September 15-16.

Set at Bouskoura Golf City, the event wasn't what you’d expect from an entrepreneurship event: the venue was inaccessible to public transport and almost too chic with men in suits outnumbering founders and young entrepreneurs.

Among the 500 people who attended the event were the usual suspects - CEED members, mostly running very small companies, and entrepreneurs - but what was different was the presence of Jordanian accelerator Oasis 500 and Flat6Labs, the accelerator with a presence in Egypt, UAE, KSA, and soon Lebanon and possibly also Morocco.

Universities and corporations were also there to learn more about the people and companies they believe could be the future of Morocco.

“I’m looking for information on what’s going on for young entrepreneurs in Morocco,” said Debbie Duncan of the American University of Leadership/PIIMT in Rabat.  “I took notes at every lecture I sat in. I’m also looking for contacts to find different resources that will grow my school and my students.”

A panel discussion on opportunities and benefits for Moroccan startups to work with VCs and corporations brought out the optimists.

Leyth Znyber, who recently started an investment fund for impact projects, Eirené4Impact, noted that the quality of applications to his fund as well as interest from corporations is growing. He said some corporate/startup collaborations should be announced soon.

“There is a lot of potential in the market,” he said. “Different players in the market are now realizing the importance of the startup scene and are looking to engage to support the Moroccans entrepreneurs.”

But does that mean the event was useful to entrepreneurs?

“Here, you listen to successful people who motivate you and help you refocus,” said Cédric Plane, who runs an HR agency and is now building the hiring platform OMyJobs.

“Listening to other people’s story helps you deal with the loneliness. [Some entrepreneurs] succeed, for others it takes more time. You’re not the only one to struggle,” he added.

The focus was put on the networking though. And the usual buffet was replaced with a seated three-course lunch. 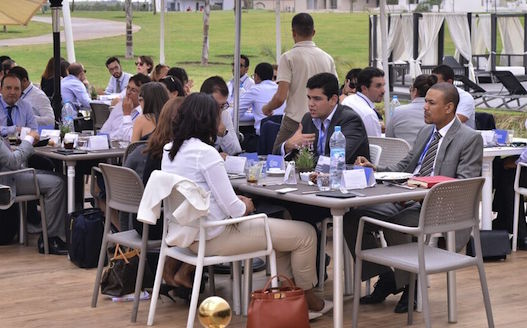 “We tried to bring them over and sit them at the same tables as the entrepreneurs who express their interest.”

Some workshops were canceled due low attendance, and discussions were geared towards less-experienced entrepreneurs.

But the energetic and educational discussions with Mutandis president Adil Douiri and priceline.com founder Jeff Hoffman reminded entrepreneurs that it’s important to be patient and to give themselves the means to make their dreams come true.

The event ended with the requisite startup pitch. Once again it was LIK, a startup that allows people to get free phone credit, that won the IBM SMART CAMP, an international competition organized by IBM in 16 countries. LIK will present its service in the Silicon Valley during LAUNCH Scale.

Now all the organizations present during the event will have to turn those intentions into actions.

“Morocco has a lot to offer as an upcoming strong startup hub in the region,” said Flat6Labs CEO Ramez Mohamed.

He said to make this happen consolidated efforts from the local and regional players were needed to:

1) identify the best current startups and provide them with the capital, support and exposure to be able to grow and create the next big success stories out of Morocco.

3) work consistently at the grass root level to raise awareness about entrepreneurship at schools, universities, coworking  spaces and various advocacy groups, to promote the entrepreneurial culture and values and motivate more young people to start their businesses and help grow them.