Igniting startup ambitions may soon be a little easier for first-time entrepreneurs in Jordan.

The Founder Institute, a Silicon Valley-based entrepreneur training and startup accelerator with locations across the world, is currently test launching an official chapter in Amman. 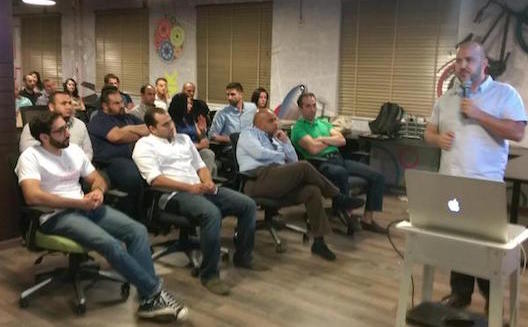 Beginning in November 2015, the Founder Institute plans to hold a four-month trial semester of its global training program in Amman with the goal of gauging how much demand there is for an acceleration program aimed at nurturing very early-stage entrepreneurs.

Currently a beta location, Founder Institute Jordan began holding various awareness sessions this past August and are now testing and selecting applicants. Roughly 35 suitable candidates must be found before the trial semester will commence, according to local chapter co-director Marwan Soudi.

Acceleration and incubation programs are nothing new for Jordan’s startup community, but what sets the Founder Institute’s training apart from its peers, says Soudi, is that it’s a part-time program that doesn’t require participants to leave their day jobs and fully commit to their startup right away.

In addition to selecting participants, Soudi and his co-directors are also currently recruiting a network of local mentors and advisors to guide the course.

To date their most notable enlistment is Ahmed Alkhatib, founder and CEO of online retail marketplace MarkaVIP.

Soudi hopes mentors like Alkhatib can bring their experience to help fill a very specific knowledge gap he sees in Jordan’s startup ecosystem.

“Entrepreneurship has been such a trend the last five or six years, especially in the region,” Soudi says. “So people are just risking it all, and you don’t entirely need to do that.” 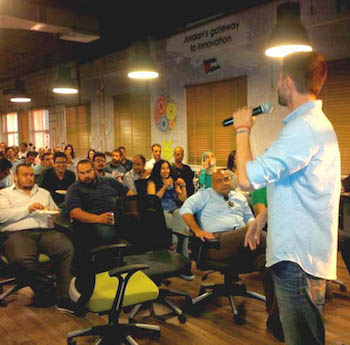 Acceleration with the FI Jordan, he says, will focus on grooming very early-stage ideas and companies, so that local entrepreneurs won’t charge recklessly ahead without proper training.

And in that regard, Soudi says FI Jordan would complement existing accelerators and incubators in the region, rather than compete with them.

“You talk to every single accelerator, their biggest worry is good quality deal-flow,” he says.

According to Soudi, the Founder Institute’s focus on comprehensive early-stage training is not something other incubators and accelerators consistently provide, and that many entrepreneurs only receive crash courses in startup fundamentals.

“You can’t learn these [fundamentals] in like two or three weeks,” Soudi asserts.

After successfully graduating from FI Jordan, Soudi says startup founders will have the basic skills to navigate the startup landscape, and that local accelerators and incubators will benefit from a stronger pool of entrepreneurs.

But successfully graduating is no easy task.

The Founder Institute says it welcomes applicants of all kinds, “idea or no idea, company or no company, technical or business, solo founder or with a team”.

But applicants must still undergo a rigorous application process.

The Founder Institute only accepts about 30 percent of applicants, and less than 40 percent of those accepted generally graduate.

In order to graduate, a participant needs to be validated by program mentors, devise a working business plan, develop an offering, incorporate their company, and complete all of the required assignments.

If after four months participants have successfully achieved these benchmarks, the entrepreneurs are then asked to leave behind their existing jobs and commit fully to their startup.

Upon doing this, graduates are also required to commit 3.5 percent of company equity to a 10-year bonus pool. If a liquidity event occurs, the returns will be distributed amongst fellow graduates and to program mentors.

So far across its global accelerator network, the Founder Institute reports that it has launched 1,650 companies, and as of June 2015, 80 percent of those companies are still operating—including notable success stories like udemy.com.