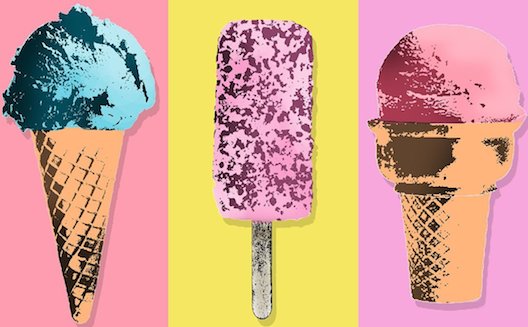 These are the words of Andy Warhol, the godfather of pop art, who clearly saw no conflict in the commercialization of art.

However, despite people believing that business can complement art, there does always seem to be a gap between quality art and good money.

“You can be a designer, great. But have you considered of scaling your business?” said Nidal Qanadilo, talking to Wamda at the Oasis500’s Creative Industries Bootcamp last week.

For its third time this year the investment company organized a four day boot camp that gathered around 20 people working in the creative industries including performing arts, music, film, architecture, home products, and fashion.

The Creative Industries Fund was launched summer 2014 in collaboration with Hivos and King Abdullah II Fund for Development.

The fund includes a six step investment process covering a monetary fund of at least 22,000 Jordanian dinars, mentorship and a 100-day incubation period. Until now six companies have already been accepted.

Qanadilo, a coaching consultant with Oasis500, believes that the creative industry should be supported for two reasons.  Firstly, it presents a scalable type of business, which means that it creates jobs and attracts foreign investments.

Secondly, “the social impact of infusing art and supporting it, is unparalleled when it comes to the refinement of the community,” Qanadilo explained. 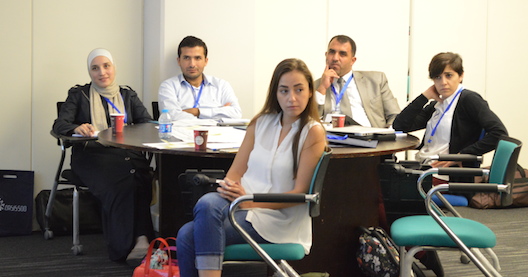 Money from art, or art from money?

According to the artists interviewed below, art could be a very personal and irrational journey, and so it is almost a fallacy to assume that creativity is able to abide by monetary logic. Moreover, commercializing something as intricate and sentimental as art, might blow its purpose and beauty out of proportion.

Therefore, rather than Qanadilo’s affirmative opinion that business and art go well together, others are cautious of adopting this equation as fact. 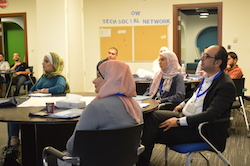 Aysha Shamayleh, who leads creative writing workshops at Writers Cell, finds it a struggle to frame art in a business setting. “Money and art, there’s a tension between them,” she said, going on to ask: “Should we be motivated by aesthetic value, or making money and responding to the mass market?”

According to one cultural center manager in Amman, whom we shall call Rola for the purposes of anonymity, money is definitely not a motivator.

There are several ways Rola’s center could increase its profits. They could sell water rather than offer it for free, or they could introduce cover charges. But Rola and her team are not ready to do that at the expense of their project’s identity which is meant to be an inclusive public space based on communal lifestyle and service exchange.

For Rola, any kind of commercialization would threaten the project’s credibility.

However, the manager does realize that they need to make money in order to sustain themselves and focus on content rather than trivial details. “If the time and energy spent on monetary issues is diverted to the development of [any] project, there would have been much more progress,” she explained. For the time being they rent out space and have registration fees for activities and events. 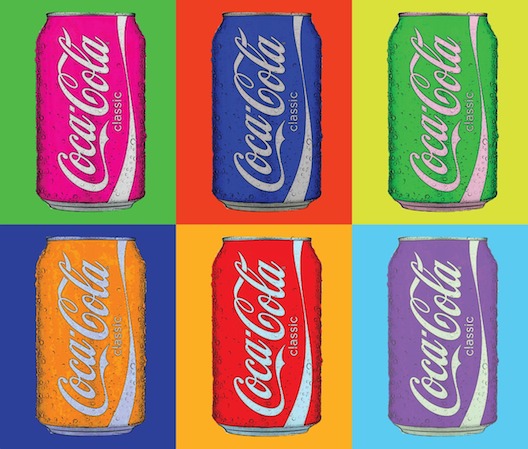 Qanadilo’s advice, for not falling into the trap of compromising honesty and quality for the sake of business, is to reach the right audience and partners.

Similar to Qanadilo’s approach, Hans Abbing, author of ‘Why are Artists Poor’, believes that  trying to sell art might in fact stimulate creativity. Abbing says that artists refuse to commercialize because they crave autonomy, but this backfires on them.

“[Not having] markets, customers, or public, is demoralizing, you are only relating to peers,” he said in an interview with V2, a Netherlands-based institute for art and media technology.

As for Rola, the only way to make money without commercializing, is crowdfunding. This is a much better model than organizational funds says Rola, because the latter have restricting agendas.