Over the past 10 years some 3,000 young Iraqis have travelled on exchange programs funded by foreign governments, and it's some of their finest who are driving the country’s entrepreneurial ecosystem forward.

Iraqi diaspora such as Murtadha Al-Tameemi of Fikra Space, Bilal Ghalib of GEMSI, Katr El-Nada Hassan and Ali Hilli were catalysts in launching entrepreneurship movements, but it’s Iraqis at home who are driving those efforts forward.

In 2003 several foreign governments reintroduced their degree and non-degree cultural exchange programs to Iraq for the first time since 1990, when sanctions were laid against the country.

They include general programs such as the Fulbright program, Germany’s DAAD, Britain’s Chevening and the EU’s Erasmus program; country-specific ones such as the US-sponsored Iraqi Young Leaders Program (IYLEP); and region-specific course like the Swedish government’s SHE Entrepreneur program. 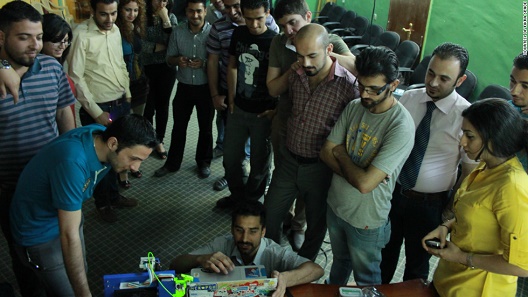 The programs are working

Hussein Al-Azzawi, Startup Weekend Co-Organizer, was 30 years old when he was selected three years ago to be an adult mentor for Iraqi teenagers in IYLEP.

“Recently you can see and notice that these programs are paying off. Most of the activities now in Iraq are led by one the alumni,” he told Wamda. “Exchange programs give you the push to be [an entrepreneur]. They build leadership skills and confidence… they encourage students to follow dreams and work hard to achieve them.”

Faten Al-Weli, an advocate for young women entrepreneurs in Iraq, participated in Sweden’s SHE Entrepreneur program in 2009. She said the experience would be very helpful when she launched her own company.

“After graduating from the programs and volunteering in organizing events and workshops that advance the entrepreneurial mindset, I was very fortunate for witnessing the birth of many startups that added more practical experience by observing them, learning from their mistakes and challenges, which would help me immensely when I launch my own startup.”

Irene Gibson, a Fulbright Scholar in Kuwait, explained in a recent paper on exchanges in Iraq and Jordan that participants were “likely to be powerful socially and economically, and have a powerful personality, all traits that set them up for creating significant impact upon return”. 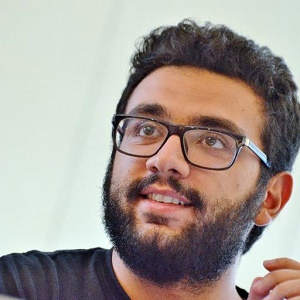 He is an alumnus of the US-Middle East Partnership Initiative’s (MEPI) Tomorrow’s Leaders program and currently the Swedish embassy development programs officer.

“Entrepreneurship was definitely a matter of interest and after overthinking the whole situation, I decided that the best I can do is to focus on motivating the youth,” he said. “That is why I always volunteer in organizing as many events and workshops as possible and ensure that these events have the maximum positive impact on the community.”

Hassan returned to Iraq after gaining a Master’s degree in public policy from the Korean Development Institute in South Korea, to work for the UN mission in Baghdad. He said unemployment was one of Iraq’s biggest - and most dangerous - challenges, and this was an area where entrepreneurs could have a big impact.

“Human beings adapt to unemployment in different manners. There is the negative adaptation that turns productive youth into militiamen for example. Should the right ecosystem exists, many individuals will find better alternatives. This is where entrepreneurship fits.”

Iraq is one of the youngest nations in the world as according to the World Bank: 57 percent of the country’s population is working age.

But according to the UN, the youth unemployment rate is 30 percent - double the national average of 15 percent and far from the target of 4 percent in 2015. The economy is unable to produce enough jobs to employ the 450,000 Iraqis entering the labour force each year.

These exchanges do highlight, however, just how large a challenge the aspiring entrepreneurs and their supporters face in building an Iraqi ecosystem.

Saad Al-Momen, a lecturer in the University of Baghdad and founder of Baghdad Life, went to the US earlier this year on a program called The International Visitor Leadership Program (IVLP).

“Startups in Iraq desperately need incubators and accelerators. Seeing these support tools in action made me realize its importance and the impact that it can make even more,” he said.

The program, funded by the US embassy in Baghdad focused on exposing the participants to the ecosystem that supports entrepreneurs in DC, Colorado, New Hampshire, and New York.

“I was one of several mid-career Iraqis in private business and governmental offices who were all very excited... to get things going upon our return to Iraq. But just as it happened with alumni from other exchange programs, you go back and face the unfriendly environment and you realize how tough it is to implement what you learned.”