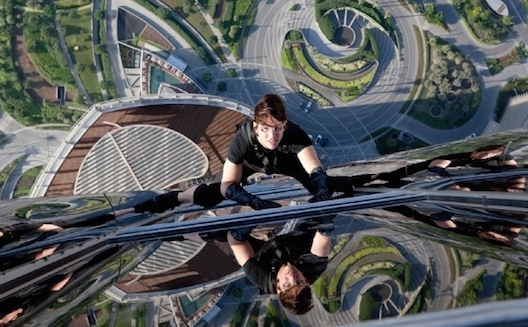 The fourth instalment in a highly successful franchise, it could be argued that it turned out as one of the best global advertisements for the UAE.

Earlier this year ‘Furious 7’ hit theatres with a major storyline set in Abu Dhabi; the upcoming ‘Star Wars Episode VII: The Force Awakens’ has also been shot in the UAE capital; back in May ‘Geostorm’ was shooting in the Emirate and currently Dubai is hosting film crews for ‘Star Trek Beyond’ and ‘Kung Fu Yoga’.

Earlier this year we wrote about how startups in the region’s film industry were finding more to fill their books, now there is more opportunity opening up for international players to use the region’s resources.

The increasing interest from the major Hollywood and other international studios is doing wonders for the UAE’s local film industry, said Jamal Al Sharif, chairman of Dubai Film and TV Commission, and managing director of Dubai Studio City.

“It’s not just about bringing film here, but it is also about gauging the local industry and helping them by developing the media sector,” he told Wamda. “A huge part of it is about generating new businesses in Dubai.”

And the generation of that business comes down to producers having to adhere to certain rules if they want to film in Dubai.

“It is part of our policy that they must hire a local production company,” Ali Sharif explained. “For Jackie Chan's film [Kung Fu Yoga], they hired AlKatraz Production, which is licensed in Dubai Studio City.

“Star Trek, meanwhile, hired Filmworks Dubai. Could Paramount have come and filmed here without Filmworks? Yes, they could have come and brought their own equipment and hired their own crews, but we don't allow this. We want to give our local production houses the opportunity to grow.”

Abu Dhabi has been hard at work attracting major movie players to the region as well.

According to the director this is down to the locations, which he states are diverse, and skilled crew members. “Of course the 30 percent rebate on all qualifying spend for regional and international productions in the emirate,” is a huge draw.

While this percentage is in line with film incentives in other countries, it is the first of its kind in the region, making the UAE an attractive new destination for filmmaking and production. 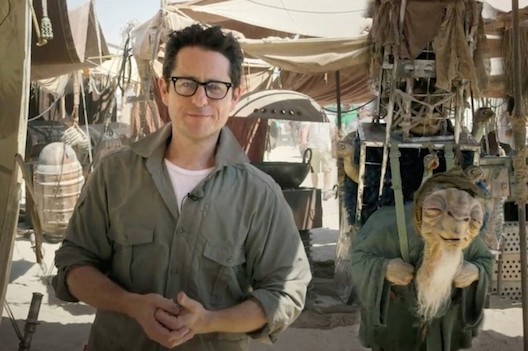 J.J. Abrams on the set of the new Star Wars film in Abu Dhabi. (Image via Lucasfilm and AP)

Both Al Sharif and Al Jabri agree that international productions are doing wonders for local businesses. But just what is being done to invest in the region’s filmmakers?

At the moment, the majority of funding “comes from initiatives such as Twofour54’s SANAD Fund, Injaz at the Doha Film Institute, and the Arab Fund for Arts and Culture,” explained Al Jabri.

“These funds have been able to fill the gap and support the film industry in the region, which has been gaining momentum over the last five years.”

There’s also the crowdfunding route. Director Susan Youssef recently completed a successful campaign on Kickstarter where she raised $100,000 for her upcoming feature ‘Marjoun and the Flying Headscarf’.

However, these funds are quite small and therefore barely scratch the surface of the industry. Even SANAD, for example, can only offer $500,000 in funding annually.

One big recent merger, however, is looking to revolutionize the way investors look at the Arab filmmaking.

In the first venture of its kind, Egyptian production house Film Clinic partnered with the Dubai-based private equity fund Fortress Capital Investments Group to launch Fortress Film Clinic. And with the fund’s starting capital being close to $25 million, it looks promising.

Fortress Film Clinic’s founder and managing director, Mohamed Hefzy said that for the moment it is the co-production of and investment in media projects for film and TV drama, that is their focus.

“In the future, as the market in Dubai grows, we plan to have a full operation with development, production, and distribution.

“We believe that producing local films has still not proven a profitable business and it will take some time for companies to find the right business model.” 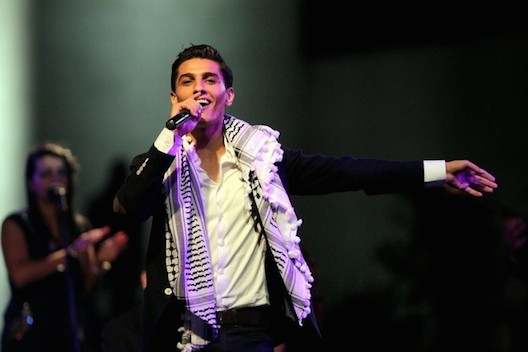 Palestinian winner of Arab Idol, Mohammed Assaf, had his story made into a movie by Oscar-nominated director Hany Abu-Assad. (Image via Abbas Momani / AFP photo)

With the aim of the venture to produce “quality films that can travel”, Fortress Film Clinic have high hopes for their first project. ‘The Idol’ is from Palestinian director Hany Abu-Assad, a focus on the rise of Arab Idol star Mohammed Assaf.

With a portfolio of mainstream Egyptian and arthouse non-Egyptian cinema they can be set apart from other production houses in the region. “I am not aware of any company with the same type of profile and diverse portfolio as we have created at Fortress,” said Hefzy.

Being able to delve into the mainstream Egyptian market, while also making carefully selected co-productions, Hefzy believes they are set apart from others.

While the industry is on the rise, said Hefzy, investors willing to give funds to Arab filmmakers still need a little time.

He said that while there is interest from investors in the MENA region it has still yet to manifest as an organized and self-sustaining market.

“The business is still focused on Hollywood and TV series, and film is still seen as a cultural product that relies heavily on government and festival support.” 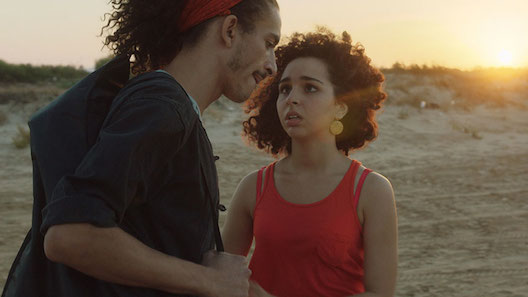 Al Sharif explained: “We need to see more stories; stronger stories. Personal stories won’t appeal to the general public; therefore filmmakers need to be able to explore commercial strategy. A good idea that will make money will attract an investor.”

Local distributors and theatres should also play a part. “They are driven commercially, and they don't give a chance to UAE filmmakers, so it's their duty to take a hit and allow local filmmakers to be in the theatres for more than a couple of weeks.

“The National Media Council should enforce distributors to promote local films… that will help towards investment and the industry overall.”