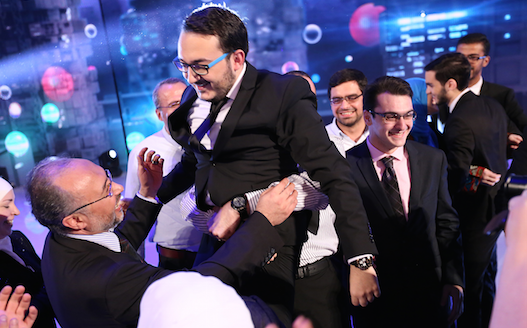 Yaman Abou Jieb prides himself in being the first Stars of Science contestant from Syria (at 22, he is also the youngest of the four finalists) to win first place.

An engineering buff at heart - he even took robotics and physics courses at the age of 10 - his project is a solar-powered washing machine, ‘Glean’, that uses 60% less electricity than regular household appliances.

Back in Syria, Abou Jieb lives on a solar-powered farm where the washing machine was the only remaining energy drain. Throughout the show, the 22-year-old faced a slew of peripheral engineering and design issues (like where does the water go?), which allowed him to demonstrate his resilience and oration skills. Glean uses also uses solar power to heat water and reduces water usage by 30 percent through an integrated water-recycling system.

With 37.2 percent of the combined votes Abou Jieb emerged as this season’s winner and will be taking home the sum of $300,000. “Going forward,” he said, “I will be driven not only to develop Glean, but to give youth across the region confidence in their abilities to improve lives through innovation.” 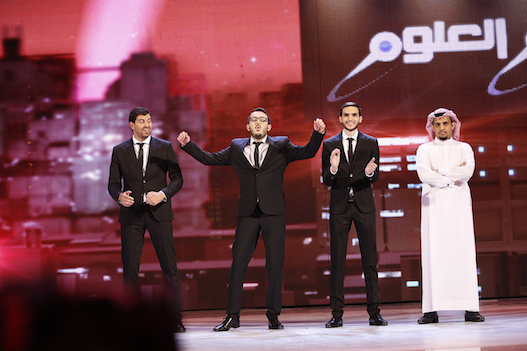 Back in September the show had promised “surprises” with its seventh season and on Friday, on a lavish stage at the Qatar Science & Technology Park (QSTP) at Qatar Foundation, this year’s show kept the audience on the edge of their seats, they delivered.

Being the only edutainment show of its nature in the region, SoS has been offering young innovators from the region a much needed opportunity: the chance to turn their idea into reality.

But while the region lags behind in terms of support, MENA has been making up for it in creativity and resilience. Throughout the show, candidates were given access to mentorship as well as support in finding rare material needed to bring their innovations to life.

The press conference at this season’s kick off promised surprises, nine episodes and five elimination rounds later, the four finalists who remained had the audience struggling to guess the winner. 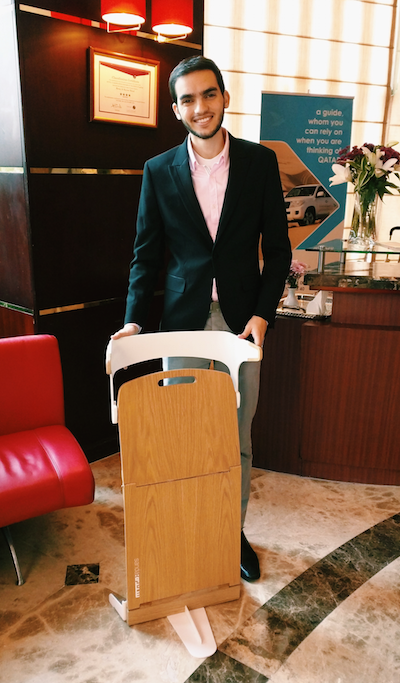 Coming in second was Egyptian Omar Hamid with his ‘Prayer Chair’, an ergonomic chair offering assistive sitting (it folds following one's body movement) and standing (it reduces the effort it takes to stand by 25 percent).

Hamid (pictured to the left, image via Wamda) is already a seasoned entrepreneur; in high school he launched a web design agency, as well as a crowdfunding platform, LaunchGood, focusing on the global Muslim community.

Hamid’s project stood out as it relied largely on impeccable design and less on engineering. Throughout the show, Hamid cut his teeth on impromptu proof of concept, having to demonstrate a need for his product more than once. Hamid took home $150,000 to refine the Prayer Chair and adapting it for different needs.

Coming in third with the ‘Wake Cap’, a cap that analyzes electrical data activity in the brain and determines alertness levels, Saudi national Hassan Al Balawi was inspired to build his product after he became drowsy driving his wife and newborn back home. 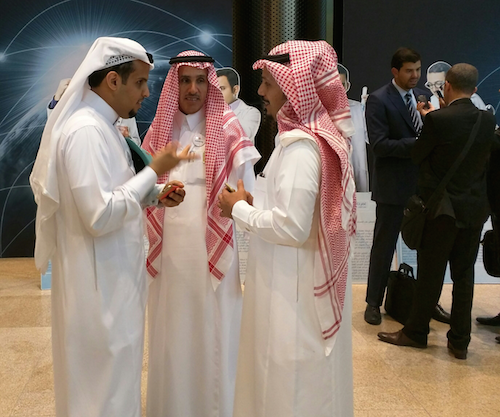 Hasan Al Balawi with his family, moments before the finale (Image via Wamda)

Al Balawi focused on refining algorithms and the cap’s efficiency, all very subtle to the potential customer, but crucial. The potential market for his patented invention could extend to anyone operating heavy machinery. Al Balawi received $100,000 and will continue to work on his prototype at the Carnegie Mellon University in Pennsylvania.

The patented ECG Stress Analyzer is potentially the first of its kind to differentiate between physical and moral stress as a cause of high heart rate. Benosman entered the competition after observing the patterns of potential innovators around him being discouraged by mistakes. “You need to take what you have learned here,” he said of the show, “and help implement it where you come from,” an objective he shared with the four other finalists. 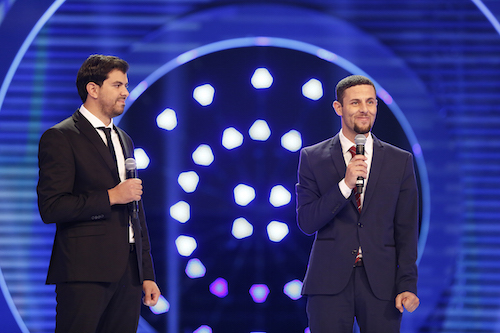 “You don’t need to be a genius to create something new,” was the point stressed by mentor and jury member Prof. Fouad Mrad, along with turning an idea into a prototype and teaching leadership skills.

Although the global audience was treated to a high-end production show, what they probably missed out on was the palpable connection the program has forged between previous and recent contestants.

Aside from a strong tie between previous SoS winners and finalists this year was also the strong profile of all four finalists and their message - the fact that programs like this can create a legacy. Plus, something often heard in the startup world - the need for the audience to invest in the candidate rather than the prototype itself.

Although in its seventh season, the show, dubbed ‘edutainment reality’ and far from your regular entertainment gig, it is still going strong with millions of followers and continuous interest, a testament to the region’s hunger for opportunities specifically catering to innovators.

But how do you make such a production last for that long? Agility and adaptation. Much like any entity supporting innovation (and entrepreneurs), the program is continuously adapting to the region’s needs.

Along with a new twist, next year’s age range has been changed to 18 to 35 (previously it has been only up to 30) with a total shared prize of $1 million - and they’re already accepting applications.