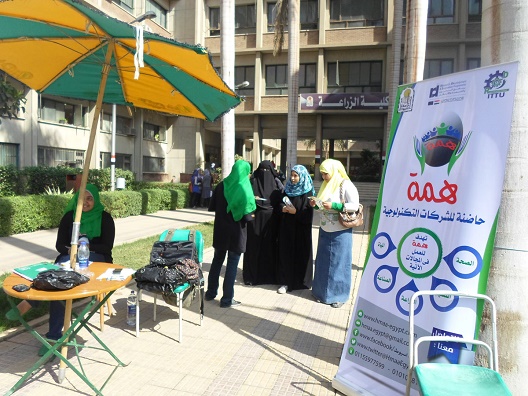 Cairo often takes all the attention of those looking for the new ‘it’ startup and Upper Egypt, despite its agricultural and industrial opportunities, has often been ignored.

Unlike tech companies in Cairo, the industrial nature of the opportunities available in Upper Egypt requires a significant amount of investment and risk taking. This need for high capital has been a turnoff for many investors.

But an incubator called Hemma (‘fervor’ in Arabic), launched in 2014 by the University of Assiut, is planting the first institutional entrepreneurship seeds in Upper Egypt.

Although events such as Startup Weekend have already infiltrated Egypt's southern regions, executive manager Mohamed Yassin said Hemma was the first incubator in Upper Egypt and also the first to be affiliated with a public university.

Yassin said the incubator was targeting up to 15 startups working with hardware, not just software, which also had a social impact.

“We wanted projects that can help the medical, agricultural and food sectors,” he said. 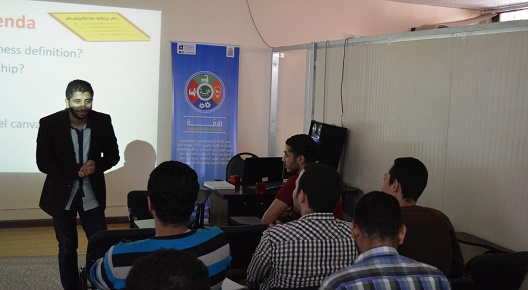 So far, around 12 companies have received financial, technical and legal support from Hemma, as well as mentorship and work spaces to develop ideas and test prototypes. Although the incubator is located in Assiut, the companies aim to serve all governorates and Hemma still has room for three more startups.

The initiative is a cooperation between the University of Assiut, which provided the location, and the European Union’s Research, Development and Innovation (RDI) initiative which is funding it. That financial support is expected to last a year and a half from the launch. 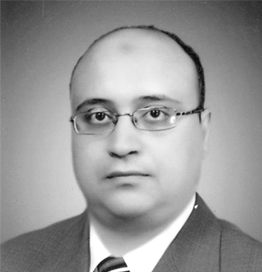 Wael Khair Aldien (right), director of the Integrated Technology Transfer Unit, said Hemma would continue to provide mentorship and assistance for startups for four years after the funding stopped. They’re not currently looking to replace the RDI funding once it runs out.

Not the only one

Khair Aldien said another incubator would be launched in two to three months in Sohag called Azima (‘determination’ in Arabic).

“The incubator will support 10 startups that are interested in the industrial and information technology sectors,” Khair Aldien said.

Azima will be funded by the national Academy of Scientific Research and Technology.

Despite the attention Upper Egypt has recently received from incubators, the lack of awareness on entrepreneurship remains a challenge.

A culture of entrepreneurship didn’t exist yet, Yassin said.

“Everyone graduates school and seeks to find a job and work as an employee somewhere.”

Several companies, however, have attempted to break through the cultural barriers with innovative ideas that can serve their community as well as their businesses. The companies in Hemma, whose founders have lived most of their lives in Upper Egypt, have taken their knowledge about the market needs and are translating it into profitable business ideas.

“We have worked on designing and manufacturing two machines and currently we are working on two more,” founder Mohammed Asaad Abdul Rahman said. “One of the machines we have designed was tested and will help crop production in desert areas.” 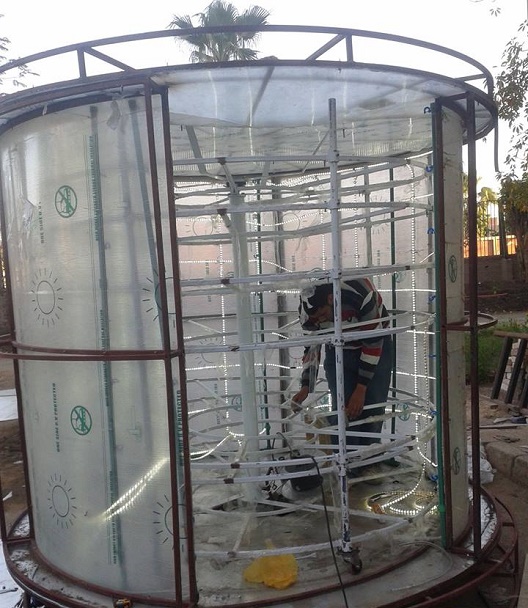 Currently Asaad is working on the marketing plan and expects to sell this machine to farmers by the end of the year. (Image via Techno-Falah)

The others are a pomegranate peeling machine that will separate seeds from the shell, a shelter for animals from heat, and machine that converts agricultural waste to animal feed.

The second two machines still need funding in order to reach final production, and Assad said he was talking to entities that were interested in financing them.

“We are still in the talking stage and nothing has been signed yet,” he said.

Holol is a new addition to Hemma, with cofounder Marwa Rabee saying the company joined Hemma about four months ago. It’s making prototypes of furniture that can be easily used for different purposes depending on your need and the size of your house.

“Prices for apartments in Assiut are extremely high,” Rabee said. “This led many to get smaller apartments with areas around 80-90 square meters.”

“For example, a couch can turn into a bed or a bunk bed,” she said. “This can help fix the furnishing problems of a small space.”

The startup’s first proposal was to the University of Assuit to supply them with furniture for one of the girls’ dorms.

“All the rooms are filled with beds while the girls’ study [areas] are outside,” she said. “We proposed making furniture that can serve as a bed and a study space as well as a cupboard.”

Low investment by both business and the government in Upper Egypt has meant almost 70 percent of its youth travel abroad seeking job opportunities. Khair Aldien believes the emmigration crisis isn’t a problem that incubators alone can solve, but one that the government should help with, by also encouraging investors. 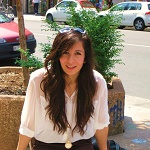 Sara Aggour graduated from business school with a double Major in economics and finance, then pursued her passion for journalism to become a reporter with an eye on entrepreneurship and rising businesses in Egypt.