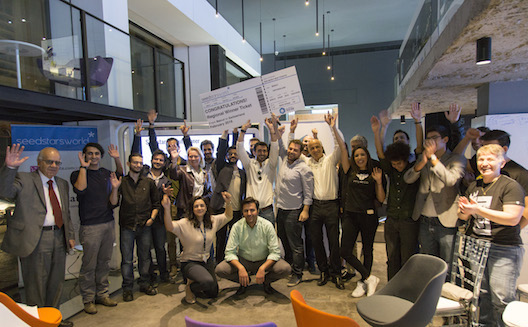 For the second year running Beirut got to play host to Seedstars World and their worldwide pitching competition. And it was fierce.

On a world tour of 57 cities the networking and matchmaking organization arrived in Beirut last week to test the talents of 11 Lebanese startups. At the UK Lebanon Tech Hub, in front of a panel of local and international judges, they were determined to step their game up, and impressed the judges by offering much more than just a brilliant idea.

The startup will spend a week in Switzerland, where their founders will participate in a three-day bootcamp and meet international investors, while competing for at least $1.5 million in investment.

“My vision is to be a Nielsen, because I love analytics," Emile Harb, managing partner at creator startup Codefish, told Wamda. "If in the future I have 20 clients in different types of industries, I have raw data that allows me to be a data mining company, which is amazing."

A solid start for many

Perhaps what best distinguished this year's competition was the well-established network and solid start that many participants seemed to already have in place.

Bader’s managing director Fadi Bizri, also one of the judges, was quick to point this out to Wamda. "As the ecosystem becomes more and more sophisticated, [where] more people are able to build their own products, it's no longer enough to just pitch an idea. And that's a healthy sign I think, that people who are applying have things going on.”

Yet the criteria for measuring startups (idea, team, scalability), do not change. "A good business is still a good business,” Bizri said. “First comes the team: top notch, driven, and understands their industry, like Merchandiser, who have practically lived with the merchants, and you need a huge market for your service, and obviously some innovation, which is what [Merchandiser] offers."

But there must have been some weaknesses for the winning team. What were they?

“Merchandiser’s weakness is that they are not aware precisely of their competitors and how they are doing,” judge Hassan Ghaziri, founding director of Beirut Research Innovation Center, told Wamda. “Yet their scalability and market is huge, and the team is extremely strong.” 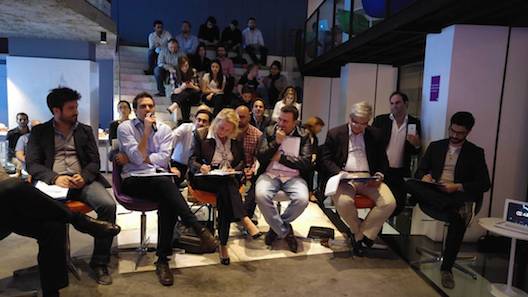 A look at the other teams

Wamda spoke with some of the judges to highlight the core strengths and weaknesses of the other winners, starting with second-place winner MoodFit.

“The business model of [MoodFit] is not very solid, but their strength is that there is a real need for something like that, it does not exist in the market,” judge Ghaziri told Wamda. “They are filling a gap in the market." He added that the fact that they've been around for five years means they’ve done something.

LifeLab, which plans to be the first agriculture company to implement vertical planting in MENA “are targeting a strategic need...with a solution that seems to be one of the best solution to solve the current agricultural problem in MENA,” said Ghaziri.

LifeLab’s weakness was that “their competition is not clear. Also, in their business model, they are focusing on farmers and I'm not sure if farmers would be interested in the solution.” 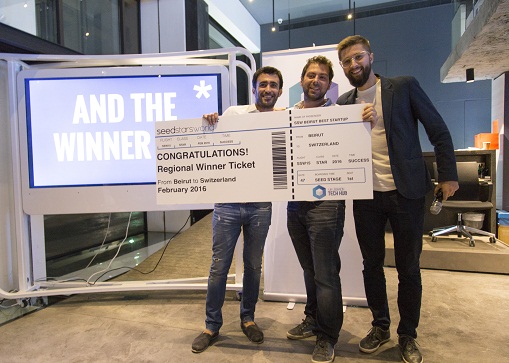 In fourth and fifth ranking

Almost making it to the final three was Tara Nehme’s Tickle My Brain(TMB). The startup offers quality writing services and consulting for individuals and businesses on resume writing, business plans and other requests. Launched a year ago, the company has more than $200,000 in sales. “TMB was actually our fourth choice,” judge John Chehaibar, also regional manager for CEE in MENA, told Wamda. “The team is just amazing. Unfortunately, the competition of other technologies was very stiff.”

Fallound, a voice-based social networking platform that allows users to communicate and share content only through voice, came in fifth. “You might say there are other competitors like Twitter, but we’re filling a void, a gap in the market, that others simply can’t do,” 17-year-old cofounder Stefano Fallaha pitched, “because it simply doesn’t fill their product. [Social networks] have been independent for years and will continue to be so.”

Fallound’s next-big-thing pitch appealed to several of the judges. “This sounds like the perfect next step evolution of siri and iTunes,” one of the judges remarked fondly, “but the question is how to compete against these in [creating content].”

"I'm not sure if they are strong enough technically, team wise or in terms of the solutions they're offering,” judge Ghazir told Wamda of Fallound. “Besides they are competing with giants (social networks) so... we'll have to wait and see."

One of the judges, José Achache, managing director of AP-Swiss, used his keynote speech to talk about the gap in innovative "space" technologies such as remote sensing and GPS, and spoke of Seedstars’ Space Prize, which offers a $50,000 grant.

“The idea that we have about space technologies and satellites is that it's an area for the big guys only,” he said. “But there’s room now for people to start getting interested in space application.

“We probably don’t realize it, but you’re using space everyday in your life,” he explained, “[Such as] our navigation systems, in telephones, weather forecasts, and even banks, so it’s a very important part of our life.”