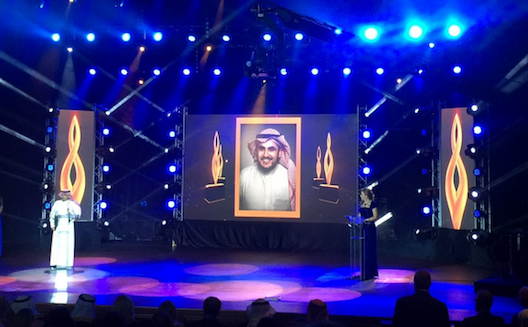 In honour of his efforts as the founder and CEO of Glowork, young Saudi Khaled AlKhudair received the Young Entrepreneur Award from TAKREEM.

The awards initiative saw its sixth edition on November 14 and played host to aspiring Arabs who have excelled in their field and inspired others in their quest for cultural, educational, scientific, environmental, humanitarian, social and economic excellence.

Launched four years ago Gloworks is “bridging the gap for women in the workplace”. Through a series of facilitatory steps, such as offering them consulting services, or helping them create virtual offices from home, AlKhudair has been helping women find work.

"We have helped more than 27,000 women so far," said AlKhudair. “And we're looking to expand our work through a new app and platform, to be revealed later on."

He added that receiving this award is "an opportunity that gives me great motivation to continue," adding that these kind of initiatives "give us a chance to share our stories. We don't have a lot of chances to do that."

To be eligible for the Young Entrepreneur Award, the candidate must have entrepreneurial accomplishments in his innovations or achievements. A sustainable business model, various funding sources and a steady growth rate are all required, provided that the candidate is younger than 35-years-old. 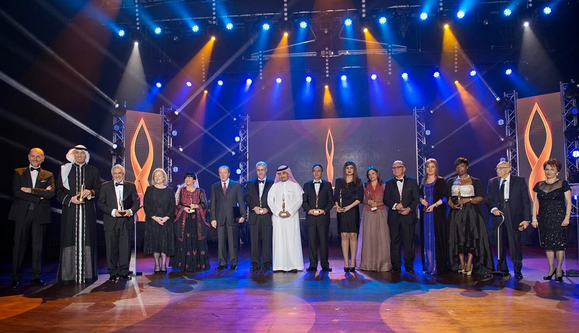 The award recipients at the TAKREEM 2015 ceremony.

Dr. Fadlo R. Khuri, who became AUB's 16th president at the start of September 2015, received the the Scientific and Technological Achievement Award.

The Cultural Excellence Award went to Palestinian NGO AlKamandjati, which promotes musical education. As for the Humanitarian and Civic Services Award, this went to Jumana Odeh, founder of the Palestinian Happy Child Center and recipient of Children’s Nobel Prize award. Odeh is the first Arab to receive this award.

A positive image of the Arab youth

Founded in 2010 by current CEO Ricardo Karam, Takreem came as a response to the negative impact that global events have had on the image of Arabs around the world. "It's good to be able to reflect a positive image of the Arab world, in a way vastly different from the stereotypes we are associated with."

Speaking at Dubai’s MusicHall, venue of this year’s event, Karam told Wamda that the talents of the Arab youth lie at the heart of his initiative.

"Since the beginning of [Takreem], we have been seeking to promote change in the Arab youth," he said. "Our biggest goal remains bridging the gap between those who are underprivileged in our society, and those achievers who are far away from all the [chaos]."

However, the biggest obstacle hindering of Arab creativity is the "ignorance found in society, and this has been caused by the Arab regimes. Which need to change and adapt with times."

For Karam, education is imperative in overcoming this problem and unleashing the creativity of the young population. "We don't want to teach people just so they can know math and physics, we want to teach them a way of life. The ministries of culture and education are key to this, because graduating a generation qualified to make change is the priority."