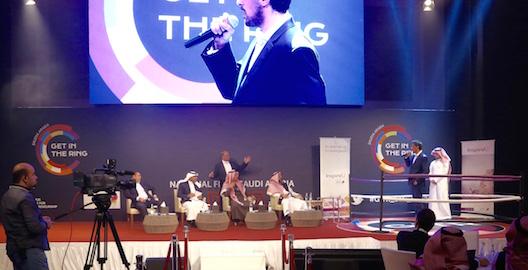 Get in the Ring combines the excitement of a boxing match with the mentorship and networking opportunities of a startup pitch contest. (Images via GITR)

Startups Vanoman and Myndplay prevailed in the light- and middleweight classes at Get in the Ring (GITR) pitch contest in Riyadh, on December 7.

Similar to a boxing match, GITR grouped startups into 'weight' classes, determined by valuation and size, to duke it out against each other in the ring. But instead of using their fists, entrepreneurs pitch their companies. The four finalists took home a total of $7,500 in prize money.

GITR originated in the Netherlands in 2012 with the aim of increasing networking and access to investors for startups. The event is now held in over 64 countries. The Riyadh event attracted over 300 visitors including entrepreneurs, investors, and tech geeks. 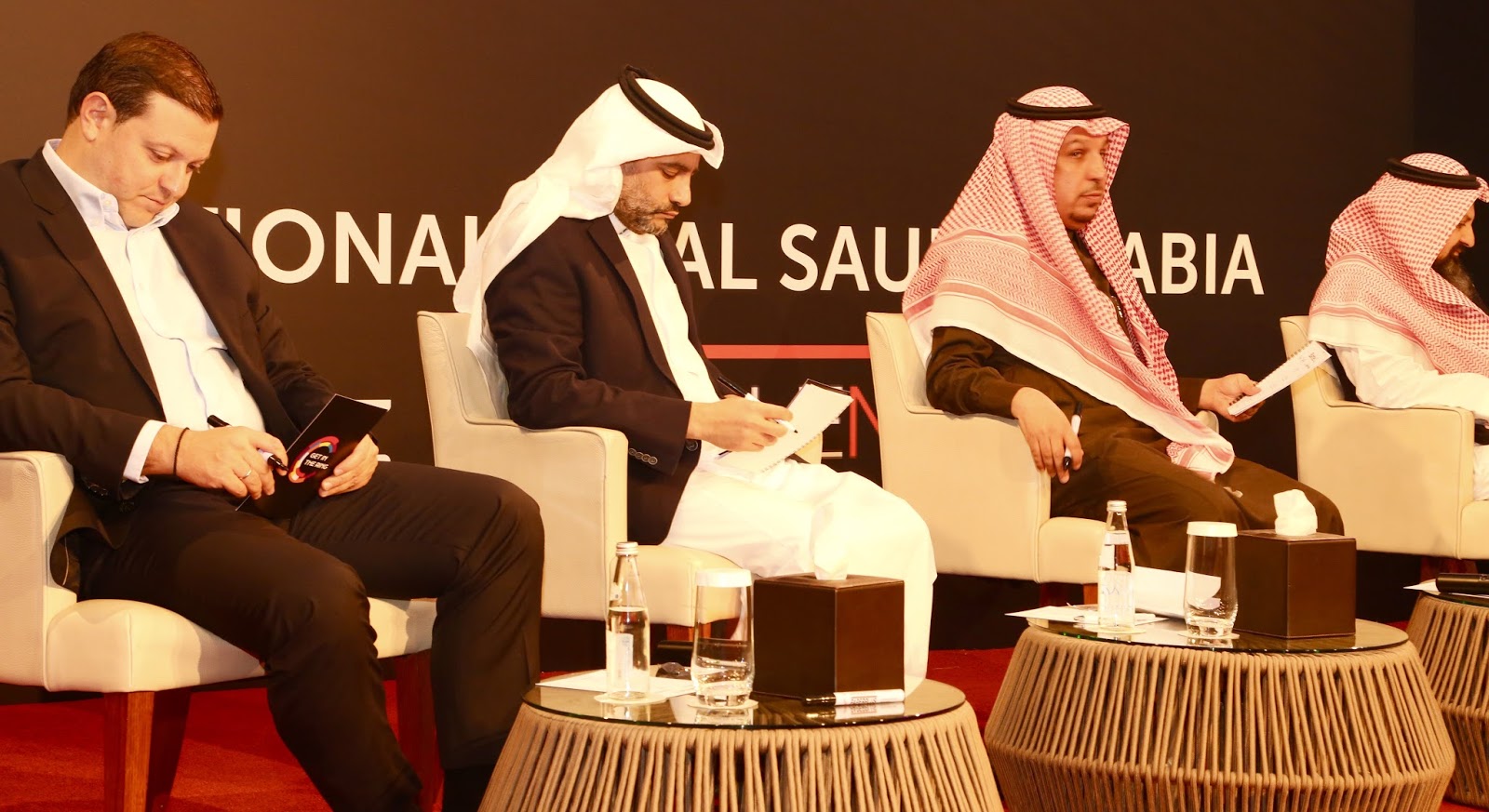 How it went down

Co-organized by STC and its new startup incubator InspireU, GITR Riyadh kicked off with several rounds of pitch training followed by investor practice sessions for 20 startups. This gave entrepreneurs early feedback and guidance, and allowed them to network with fellow entrepreneurs, angel investors and VCs, something the event organizers believe is unique to GITR.

Following the training, participating startups were assessed for their achievements, financial proposition, business model, and market to select the best four startups to get into the ring and compete for the title of champion, and last year’s winner Sawerly delivered a keynote speech and offered some advice for participants.

Later, startups competed with their pitches in front of a jury for the title of champion and a ticket to the regional finals. 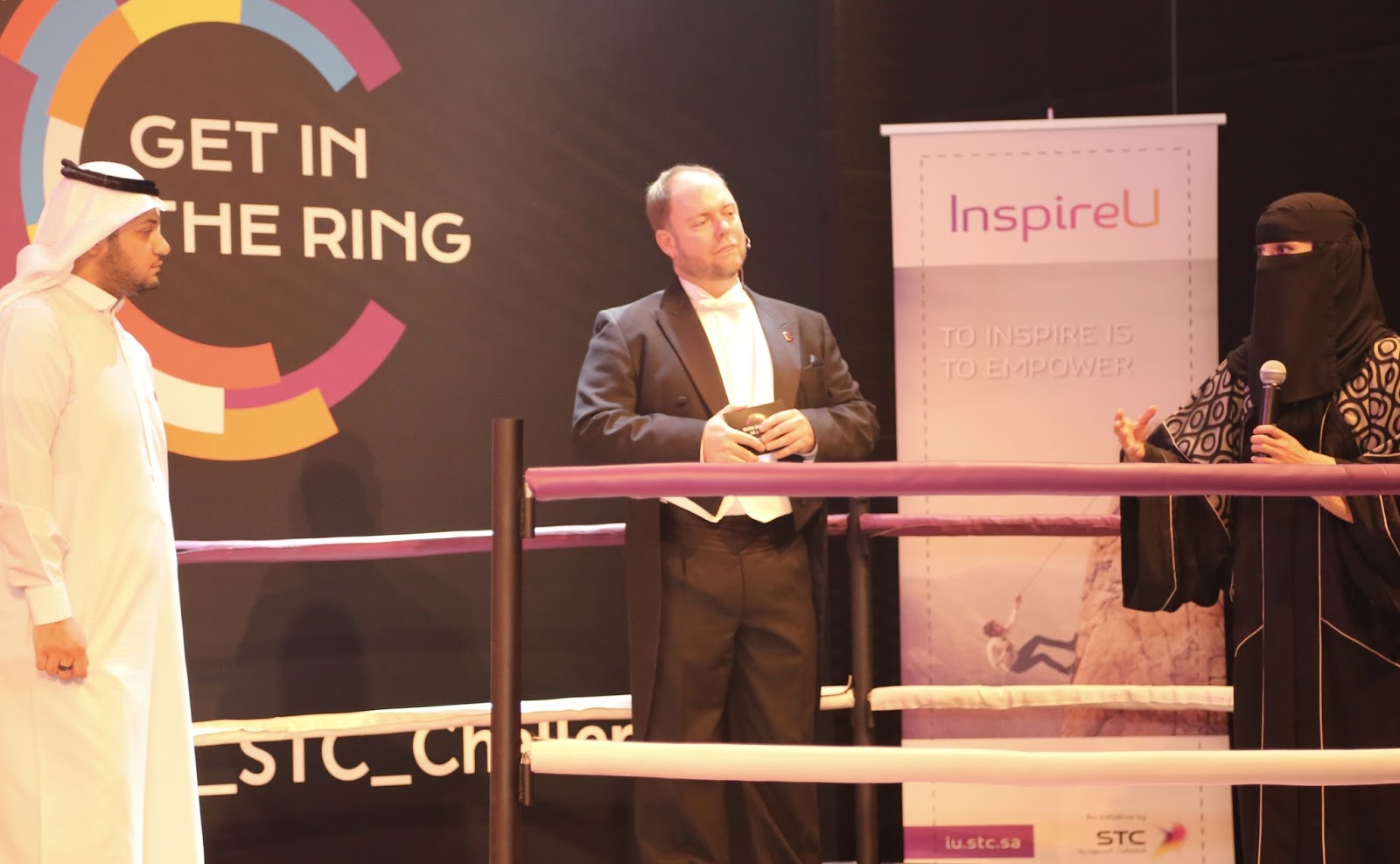 While delivering their pitches, the moderator and the jury scrutinized the startups to better understand their core value proposition and market.

Jurors said they were impressed by startups’ performance, level of attendance and reception of the event by the community.

“I liked the way the competition was organized having two startups pitching in same time and competing with each other in the ring,” Alruwais said.

This, he believed, has helped him notice potential in different startups.

“Its [GITR] unique format provided an entertaining and challenging forum for startups to compete, be challenged and do their best to prove they were the most promising,” he said. 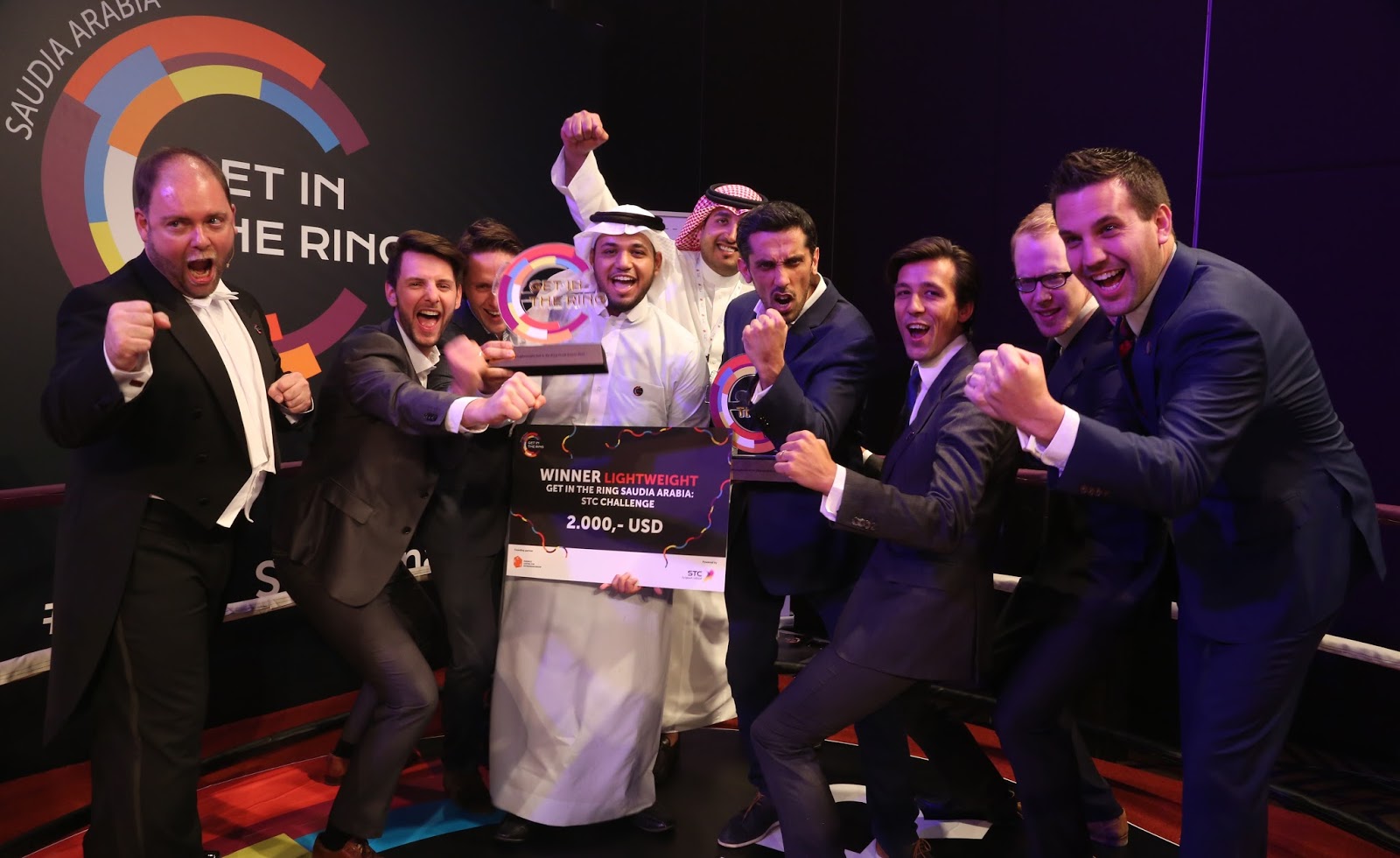 “I really had a unique experience. It was a long day, but every second was useful,” said Vanoman CEO Fadi Almaghrabi. He met interested investors and potential customers for his startup, and is eager to compete in the upcoming regional challenge.

“It was an honor to be given the national title and a real test,” said Myndplay founder Tre Azam winner of the middleweight class. “As a tech company working in brain health we feared it would have been difficult to get our message across to the judges and audience in such a short time.”

The coaching he received beforehand helped him articulate key points to the judges, Azam said.

The Saudi startup scene’s growth is fueled by governmental support, numerous incubators, and an high internet penetration rate of over 63 percent. Today there is more VC support for Saudi entrepreneurs, and the startup community has produced some success stories like Dokkan Afkar which received investment from Mobily Ventures earlier this year.

And within this growing ecosystem, GITR aims to help entrepreneurs meet investors, corporates, experts, and mentors. Cofounder and chairman of Get in the Ring Foundation Erwin Koenraads believes the event to be an opportunity for startups to get out of their comfort zone and tap into an international network of startups and investors, and have fun in the process.

With the regional final coming about on February 15, startups from Qatar, Lebanon, Palestine, Egypt, Bahrain, Jordan, and UAE will be traveling to Riyadh to compete and the Saudi winners for the title of regional champion. The startups which prevail will go to the international finals in Colombia later in 2016.