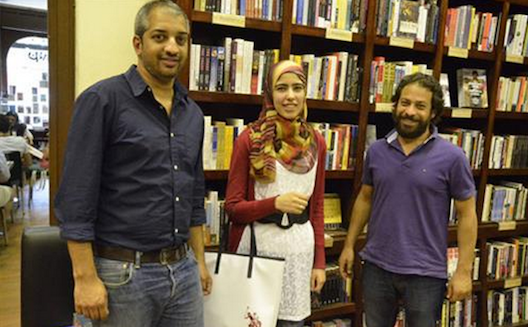 Egypt's startup ecosystem still has a long way to go, with deteriorating levels of education and greater attention on sectors outside tech being two major challenges.

These, and others that Egypt’s startup community is facing, are explained in the recently published ‘Entrepreneurship in Egypt From Revolution To Evolution’ from startup facilitators Startology.

The book is the first to take an indepth look the Egyptian entrepreneurial ecosystem. It outlines how much it's changed in the last four years and highlights the challenges entrepreneurs have faced and the ways these obstacles can be overcome.

A quick look at the book

With an introduction penned by international investor Christopher Schroeder, the book argues that the revolution of 2011 succeeded in creating noticeable change in the minds of youth from different cultural and community sectors.

It includes a comprehensive analysis of all elements of the ecosystem, from entrepreneurs who achieved success in different sectors to working spaces and funding entities, and discusses 17 startups and has interviews with 11 entrepreneurs.

Wasfy told Wamda they wanted the book to be a “comprehensive guide and reference to any entrepreneur".

The book also contains the inspiring story of Ossama Hassanein, the famous Egyptian entrepreneur who, over the course of 40 years of working in the international tech sector, made over $1 billion.

One particular takeaway was the comparison Hassanein made between the local ecosystem of management, funding and talent, with that of the US and Europe. 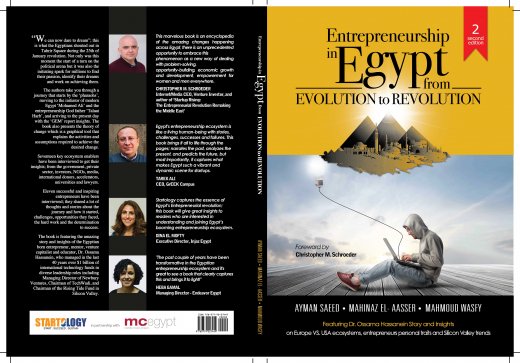 Takeaways from the book

Egypt has always been a medium for new ideas and inventions, but very little of them had seen the light.

Now, with more awareness on the importance of entrepreneurship, the ecosystem has developed after the private sector started working on programs to support entrepreneurs. New investors from Egypt and abroad have started showing interest in startups, along with government initiatives.

Entrepreneurial events are having their share of the spotlight as events such as RiseUp Summit, Maker Hackathon, Startup Weekend,Startup Cup, Cairo Innovates help to train entrepreneurs and motivate them with monetary rewards.

Public and private universities are bringing graduation projects into curricula in an effort to put students on the path of entrepreneurship.

As for the local media, certain newspapers, TV and radio shows have supported entrepreneurial ideas, scuh as the Mashrou3 TV show that ran two years ago.

In 2012, Egypt was ranked 91st of 131 countries and 14th of 15 Middle Eastern countries by the Global Entrepreneurship Index.

Despite progress in the ecosystem these past two years, and the series of recent investments in Egypt, there are still challenges to the entrepreneurial path.

-      Stakeholders in the ecosystem need to pay more attention to sectors other than the tech industry, which still holds the lion's share of investments.

-      When it comes to the scarcity of female employees Egypt comes in at second place, out of 62 countries. This shrinks the ability to create job opportunities because Egypt has a very high female participation rate in higher education generally, and in science and engineering specifically.

-      Since Cairo is the center of business in Egypt, entrepreneurs in others cities and districts have to constantly travel to and from the capital to meet clients, suppliers, directors, investors or even look for talent. Also, Cairo is home to 35 percent of Egyptian ventures, despite being home to 20 percent of the population.

-      The government's priorities are often focused on large-scale projects such as the new capital and the Suez Canal, as well electricity and health concerns, for the belief that they directly affect the daily lives of citizens.

The three cofounders see the book as the launching of their services. They are currently seeking investments and partnerships with private sectors "so that we can form the first incubator specialized in the building sector", said Saeed.

Wasfy is a civil engineer graduate, Saeed studied electric engineering and works as marketing manager for Schneider Electric, and Aasser, who is a political science graduate, works as a data analyst for IdealRatings, who provide investment solutions to ethical and Shariah compliant leading institutions that identify responsible investment instruments globally.

The book is available for 100 Egyptian pounds ($13 USD) in Diwan, Alef and Shorouk Libraries. It's also available online on Amazon and Jamalon.