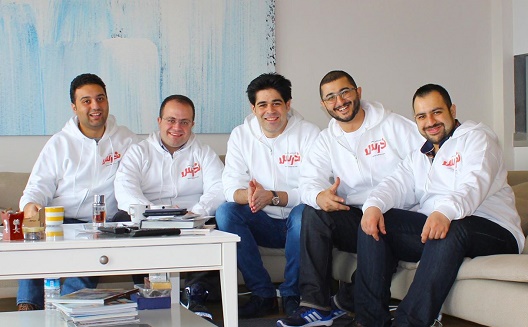 The Nadrus team in Turkey, during a training session. (Images via Nadrus)

MOOCs, or massive open online courses, are by their very nature large, able to grab customers from all corners of the tech-savvy - and often English-speaking - world.

But Dubai’s Nadrus has, in a little over a year, gained 100,000 students for its Arabic-only courses.

Arabic is the fifth-most spoken language in the world with, according to a variety of sources, up to 300 million speakers around the globe.

The startup launched in early 2015 and has more than 100 live courses, although many are in the revision process as the company checks the content with experts. Nadrus makes its revenue by charging a small fee for courses.

“We receive requests from people with expertise who want to develop their own MOOCs and upload it on our platform,” cofounder Ahmed Al-Shagra told Wamda

“After checking that the videos are meeting our basic straightforward criteria like clear sound and good quality videos, there is the course materials scrutiny stage where our professionals review each second of the course for quality assurance purposes.”

Al-Shagra is an Iraqi computer engineer who has been living outside Iraq since 2003; he’s passionate about enriching Arabic web content and is best known for his Middle East-oriented contributions to The Next Web. Alongside serial IT entrepreneur Ahmed Chayati, they cofounded the platform which is officially incubated with Exceed IT Services.

He said they were having some success in the Gulf thanks to corporate training contracts.

Last year Nadrus signed a contract with Oman’s Information Technology Authority to train 4,000 Omani nationals on IT skills and technologies, and they won contracts with Oman’s Electricity Holding Company of Oman, Qatar’s Ooredoo, an energy company in Abu Dhabi and Sohar University, amongst others. 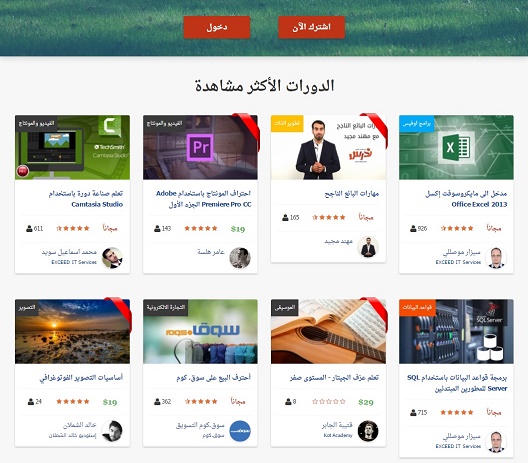 The options available on the Nadrus site for Arabic-language courses.

Retention rates are one of the biggest challenges that any MOOC platform in the world faces, but interestingly Al-Shagra downplayed that indicator, saying it wasn’t their most important figure.

“Our platform focuses on capacity building and courses that train individuals on specific skills. So for example: if someone who knows how to photoshop but he is still not professional, he would enroll in a photoshop course and jump maybe to the last two chapters and learn from them,” he said.

“[And] we don’t focus on completion numbers. What we really care about is that user’s rating of that same course. We look closely at course ratings and work relentlessly to provide quality content.”

The website traffic comes mostly from Arabic-speaking countries such as Egypt, Saudi Arabia, Algeria, and Iraq.

However, there is an increasing number of users who live in the US, due, they think, to the recent waves of immigration.

Many of the immigrants who relocated to the US in the last five years don’t have the necessary skills that enable them to enter the jobs market, which is where Nadrus comes into play.

A recent collaboration with Shopgo.me in Turkey was for a batch of 10 refugees: four women and six men, during May-July 2015. The trainees learned basic Excel and Windows techniques and soft skills such as how to use Outlook, and three were hired by ShopGo after that.

The core team members of this platform are themselves from many different countries, hailing from Iraq, Syria, and Palestine, and work virtually from Jordan, Oman, Armenia, and Turkey. 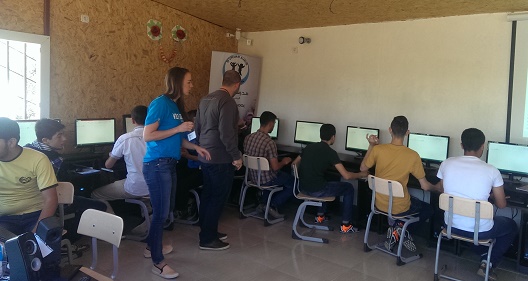 The Nadrus team training refugees in the Shopgo program.

The ‘new’ year of the MOOC?

The concept looked promising and inherently innovative and disruptive for tech enthusiasts and long-life learners, but alarming for the majority in the academia. Opinions were divided on what would come next.

From Coursera’s specializations and EdX X-series, to Udacity’s recent six-month job guarantee for its Nano Degree learners in the US, MOOCs are reforming many aspects of how people learn knowledge and skills.

In the Middle East, there was an opportunity for language-specific platforms because the original websites only catered to those who speak English.

The Arabic language pioneer was actually the Queen Rania Foundation for Education and Development, which developed Edraak.

This year Nadrus’ plan is to be more ‘media friendly’ and get their name out more in the local market.