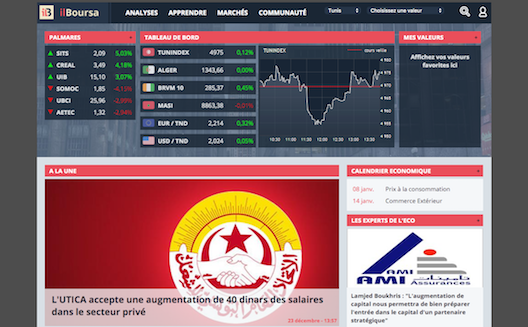 Some entrepreneurs want to be famous, others want to make money, and a bunch of them want to disrupt an industry.

Ismail Ben Sassi, barely 25, is on his way to doing all three.

His stock exchange news website, ilboursa.com, is one of the 15 most visited online media in Tunisia, has been profitable since year one and has managed to shake up one of the most opaque sectors in the country.

The stock market, a sector asking to be disrupted in Africa

“I’m passionate about the stock market,” said Ben Sassi with a smile. “Since I was a kid, I’ve been reading books and watching TV shows [about it].”

Five years ago, the industry in Tunisia was in another era.

“There was nothing on the stock market in Tunisia,” Ben Sassi recalled. “It’s a very opaque sector where everything is relation-based.”

Back then, just a few general-subject publications were covering the stock market, and offering very little in the way of analysis.

Buying and selling shares wasn’t easy. Tunisians had to pick up the phone and ask their broker to carry out the transactions.

In a word, Tunisia’s stock exchange was the playground of a small group of insiders, hardly accessible to newcomers.

“I started from an observation: there’s a niche to tap,” Ben Sassi said.

Despite a lack of proper tools and guidance, 40,000 of Tunisia’s 11 million residents invest in the stock market, and just as many are interested in investing, Ben Sassi said.

All the information an investor could need 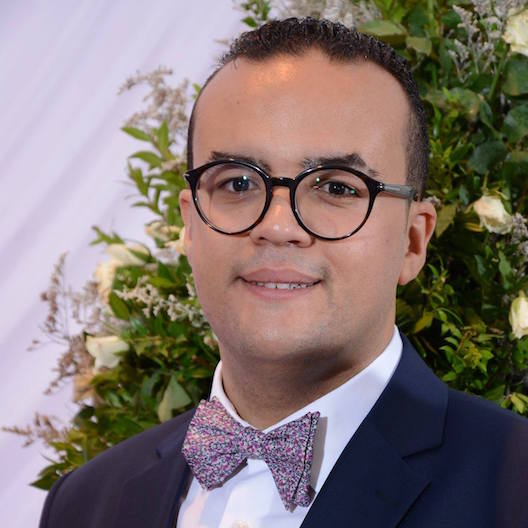 In 2012, Ben Sassi (right) was an intern at ABCbourse.com, a French stock exchange media. With their help, he launched Tunisia’s first stock exchange information website.

The French company contributed the platform and some capital. Ben Sassi managed the company from France while continuing his studies and his career.

In September, he quit the Edmond de Rothschild bank in Paris to focus on his company.

The website is now the 14th most visited media website in Tunisia according to WebRadar and Alexa, averaging 80,000 visitors each month.

Ilboursa publishes quotations from all French-speaking countries in Africa, covers the Tunisian stock market, offers its own analysis, manages a forum, and creates educational games.

“We create our own written and video content,” said the young entrepreneur proudly.

The result is sleek, the voice is friendly, and the analysis easy to understand. Both beginners and insiders can find what they need to invest cleverly.

Launching in an unclear market

Of course, some didn’t appreciate the change.

“There are people who are against this opening,” he explains.

The entrepreneur even received threats from groups unhappy the media was reporting their lack of ethics. Ben Sassi had a good laugh and changed nothing.

The entrepreneur also worked hard to create a relationship of trust with public companies.

“We try to change cultures, explain to public companies’ boards that it’s beneficial for them to open up,” he added.

And seeing the number of CEOs interviewed by ilBoursa, it seems that they’re now convinced.

Breaking even in year one

While he was waiting for his public to reach a critical size, Ben Sassi bet on technology.  In 2012, he sold a game to the Tunis Stock Exchange that let web users train with fake money, which enabled him to cover his costs.

Year two, selling advertisement space was enough to break even.

Advertisers jumped at the chance to reach Tunisians – doctors, laywers or business owners – whose purchasing power was 100 to 200 times higher than the Tunisian average.

It’s only the beginning for Ben Sassi.

“We don’t have competitors in Africa [except in South Africa],” he said.

At the moment, he’s raising funds to hire local writers in French-speaking African countries, prioritizing the Ivory Coast, Morocco and Algeria. Then, he aims to develop a website in English to expand to Nigeria, Kenya, and other English-speaking countries in Africa, before hopefully getting the right to become an online broker in Tunisia and Africa.