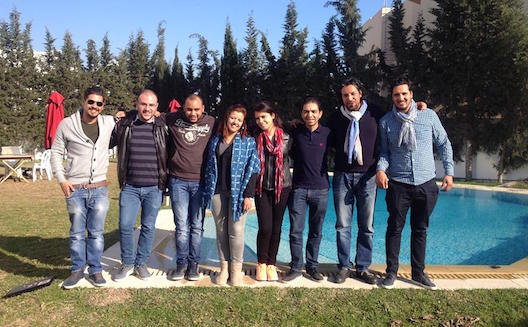 Upon discovering WebRadar, the first impression is that it’s another startup duplicating international models at a smaller scale in a tiny market.

Doing a little digging though and one sees that the Tunisian online platform is quite different from other seemingly similar tools. While other services on the global market deliver an overwhelming amount of data, WebRadar focuses on collecting information by country.

Let's say a marketing professional working for an international brand such as Samsung in Egypt sets up regular alerts for Samsung. Despite adding the word Egypt, the user will apparently get every result related to Samsung around the world, which will require additional filtering to get relevant results.

WebRadar helps by creating what they call radars: one topic containing different keywords based on its country location.

"From the beginning, we focused on local needs,” said Jazem Halioui, CEO and founder of Innova Tunisia, the company behind WebRadar.

In order to get the most accurate and localized data possible, the startup built a multilingual database that lists key local figures and players. 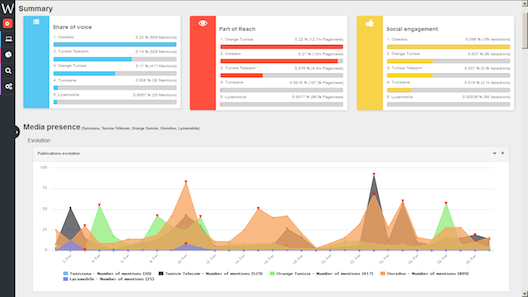 Its main market remains Tunisia. According to them, 80 percent of Tunisia’s top 10 political parties used WebRadar during the 2014 elections.

How a failed product led to a successful one

Innova's journey has definitely not been smooth. It took the company about 5 years of testing and failure before they found their product.

Innova Tunisia was founded in 2009. In 2011, after just two years of doing big data projects for large clients, they generated enough cash to launch their first product, "oofeed", a personal news aggregator for the Arab world.

After six months of testing the product, it was clear that the product had neither a market fit nor revenue potential, as people would not change their habits of getting their news mainly through Facebook and Twitter.

Halioui and his team of six realized their target customers’ needs were in figuring out how to draw insights from the huge, unstructured content on social media. WebRadar was born with a B2B subscription model in 2013. Customer were either using international tools with unsatisfactory results, or didn’t know that tools like WebRadar were available. Thanks to its local approach, referrals started flowing in. 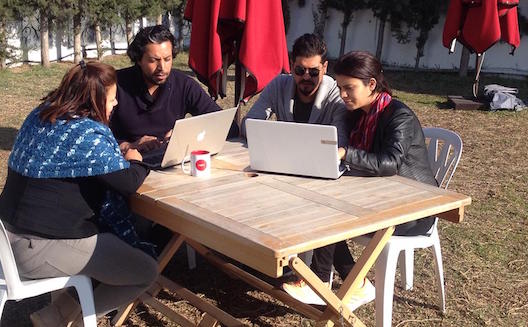 Innova Tunisia during a typical work meeting at Cogite.

The bureaucratic environment and the lack of funding (angel and VC investment) made it difficult to launch and go to market. Also, lacking skilled people needed to build his product further complicated things.

These obstacles didn't stop Halioui though. He was still able to identify opportunities he had in his country such as great talent in computer science. Leveraging the latter, he was able to build his team's strength.

WebRadar plans to double revenues in the Tunisian market and to expand abroad, and acquire 10 large customers in 2 to 4 countries the platform supports.

WebRadar is moving from a subscription-based B2B model to a freemium and premium model.

The freemium model will allow users to test all features for a limited time and continue to give access to some basic features.

After rolling out all these changes in the next three months, they will be looking into opening a first round of funding to sustain their growth strategy.

“Our long term mission is to help organizations better understand the world through big data and artificial intelligence,” Halioui said.