Despite the government allocating 25 percent of its $229 billion budget to education in 2015, the system is plagued with low quality services, lack of organization and lack of support.

"The traditional way, which lacks the interaction and adjustment to students' need, is still dominant on our educational systems," said Dr. Abdulaziz Alqurashi, founder of Alwasaet, a company that designs and delivers educational online platforms. 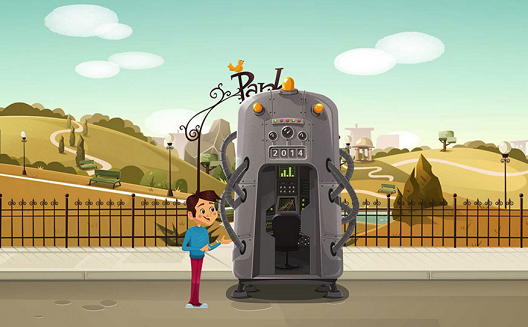 Going back in time. (Images via Alwasaet)

Using his personal savings, Alqurashi (below) launched his company in 2005, along with his cofounder Muhammad Saleh. They had one goal in mind: to bridge the gap in online educational tools, and to offer attractive and interactive content that suits the individual and collective needs of its users.

The company has also produced employee training content for a number of companies, including The Bank Saudi Fransi and Saudi Aramco, whose portfolio of 100 educational content and 200 educational games makes it one of their largest clients.

Alwasaet, however, is not the only player in this market; companies like Masmoo3, Little Thinking Minds and Alhodhud offer Arabic audio books and gaming apps as well as Arabic stories on CDs. Learn With May and iRehab offer similar services to children with special needs.

Where is the talent? 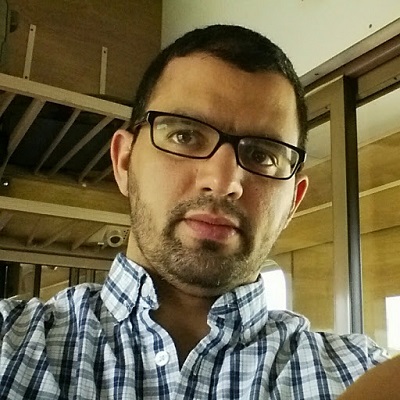 Alqurashi had difficulty finding local talent in tech, similar to Team Reem cofounders, who had to change their team several times because of this problem.

Perhaps this is why founder of Ibtikar Majed Al Thagafi formed partnerships with KAU and other Saudi universities, as well as two Egyptian universities in Alexandria. His goal is to "train students on computer engineering during the summer, and have them work on the company's projects with experienced developers," said Al Thagafi.

"You rarely find well-qualified talent, despite the presence of top universities,” Al Thagafi told Wamda previously. “The curriculums are outdated and not in pace with the era of advanced technology."

To provide high-quality online content, Alqurashi consulted educational design experts from abroad. "The demand and supply ratio in this aspect is still very limited in this domain," he told Wamda. "We want to hire local talent that understands the local market and speaks Arabic, but we can' find any."

Alwasaet has grown from being a small startup where the founders are responsible for all the tasks by themselves, into a company with two branches in Riyadh and a third in Amman. It has a team of 35 international employees.

Alqurashi told Wamda that they have broken even, and have been generating profit for the past three years. Alwasaet has a growth rate of 39 percent annually, and is seeking a long-term investor to fund its expansion strategies.

Alqurashi and his team are looking to expand into augmented-reality educational apps that work with interactive gloves and augmented reality glasses like Oculus. Other products include cave automatic virtual environment (CAVES), an immersive virtual reality environment where projectors are directed at walls of a room-sized cube.

"We expect a huge growth in this region," Alqurashi told Wamda, "especially in complex training fields like flight services, oil and military fields."

Next stop is Qatar and UAE, where Alqurashi seems optimistic. "We in the region have some educational standards that are more detailed and rich in content," he said, "we just need to modernize the tools we use to spread knowledge and make it more suitable for coming generations."