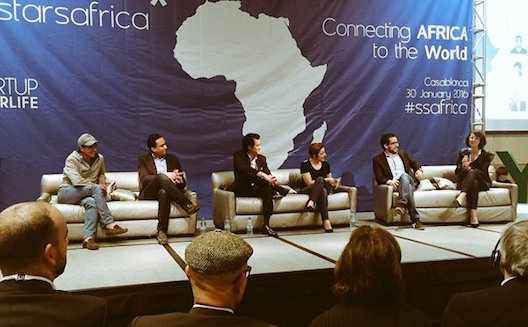 Africa is a big continent, yet in spite of all the differences its 54 countries have one thing in common: they’re at the early stage of digitalization.

It’s a phenomena that requires teamwork and getting people used to using the internet for things they once did offline. It’s an issue that can require different players to partner with each other to boost online services.

At Seedstars Africa in Casablanca on January 30, Moroccan managers of several startups and tech companies, both homegrown and international, addressed the elements they believe are necessary to get the continent online: money, education, tech emersion and functionality.

Convincing people in Africa that digital services are useful is easy, what's hard is to get them to remember to use those services when they need them.

“What’s hard is not to convince the team that the idea is good, but to get them to buy,” Taxiii founder Yassir El Ismaili told Wamda “Changing behaviors is difficult.”

When Kamal Raggad launched daily deals website Hmizate, he didn’t have such a huge budget but he knew he somehow had to get the business in front of his target audience, so his first big spending was an ad campaign on billboards.

Classified website Avito.ma, which belongs now to the Schibsted Media Group, chose television. “We had to show the website was made for all, not just for seasoned web users,” said Avito.ma general manager Larbi Alaoui Belrhiti.

Meeting with users is another way to get your name out there, but that too costs money.

Advertizing and door-to-door marketing clearly requires a large budget: Avito, Uber and Jumia all belonged to deep-pocketed international companies; Hmizate raised $1.6 million from a foreign VC firm to continue promoting his service, and Taxiii was acquired by Careem.

2. Walk people through the first steps

Getting Internet newbies to use websites is the first step, getting them to have a good experience, pay, and come back is another.

From Uber to Hmizate, they all used similar batteries of tools: educational videos, tutorials, phone support, and street marketing.

“You need to be [available to provide support] with the users for their first three rides,” El Ismaili said. “Once they’ve done their third ride, you won, using the service becomes a reflex.”

User experience is different in every country, say Avito’s Belrhiti and Ghassouli, and therefore they spent a lot of energy analyzing how people in each new state use the website, leveraging navigation data to adapt the websites.

The topic that divided the executives the most was whether to introduce digital products to people progressively or all at once.

Careem chose the progressive approach to avoid destabilizing users. They used the same taxis that Moroccans were already using and authorized cash payments. Recently, they implemented in-board credit: clients can credit their account by giving cash to the driver, thus bringing them another step closer to automated online payments.

Uber aims to offer the same user experience all over the world, so payment has to be with credit card. Not leaving the customer a choice is, for them, the easiest way to push their users to get online. Although, even they have moved away from the hardline approach. For a few months now, the service has softened its rule and accepts cash payments in some cities in Asia, Middle East and Africa.

4. A functioning service is key

Acquiring customers, educating them and choosing how much (or little) technology to impose on their experience is worth nothing though, if the service doesn’t work.

Uber Morocco general manager Meryem Belqziz had to negotiate with each bank to allow for recurring payments, and the lack of accurate postal addresses and efficient delivery system was a challenge. Uber had to rework all the maps available for the cities they operate in to allow their service to be as efficient in Morocco as in the rest of the world.

And it took years of negotiation for Hmizate to convince Amana, the Moroccan postal service, to dedicate resources to, and to adapt its shipping services for the sector. These included sending SMSs before shipping, calling clients in big cities, following up daily on shipping with the company's interfaces, and handling cash, among others.

"We're doing a huge effort internally to improve shipping quality. We developed a CRM to track the clients' history, automatically validate the CoD [cash on delivery] orders by phone, for example," Reggad said.

Africa has passed a first cap in its digitalization process, but there is still a lot to do. Large parts of the population, sometimes illiterate, still haven’t used a single online service. Convincing them to use online services to buy second-hand items, get discount, or plan trips is going to take a lot of work.