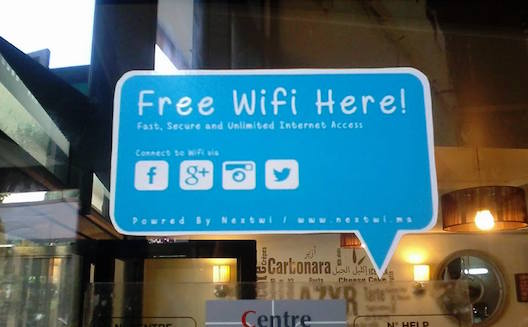 Not offering free Wi-Fi is not an option anymore. (Images via Nextwi)

Offering a quality internet connection is increasingly an obligation for merchants wanting to attract clients and improve user experience.

A free Wi-Fi connection is a key factor in hotel booking decisions for almost 74 percent of travellers, according to an Ipsos study for TripAdvisor, and cafes long ago became second offices for freelancers and the technologically mobile.

Offering an internet connection could have a broader impact though.

Ismail Rachdaoui, the 25 year-old engineer and co-founder of Moroccan startup Nextwi, is convinced that shops’ Wi-Fi access could double as powerful marketing tools for the business.

Nextwi was created in 2014 in Marrakesh by Rachdaoui and Mohamed Belghazi, and over the last nine months it’s been testing a service that simplifies Wi-Fi connections while offering the stores more information on the users to improve the way they manage client relationships.

A better experience for both users and merchants

Nextwi’s user experience is meant to be fast, simple and intuitive.

The client doesn’t have to enter a password, fill out a form or watch an ad to access the free network, he just connects through Facebook or Google+. 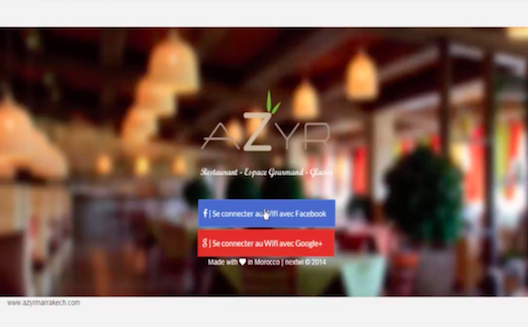 The platform then creates a social profile of the user based on the information they share publicly on those networks.

Merchants get the details of clients’ profiles in their dashboard and can use that data to send promotions to users either by email or through a ‘splash’ page.

Through the platform merchants receive instantaneous feedback, can keep in touch with customers after they leave, send welcome emails to new users, and promote events. 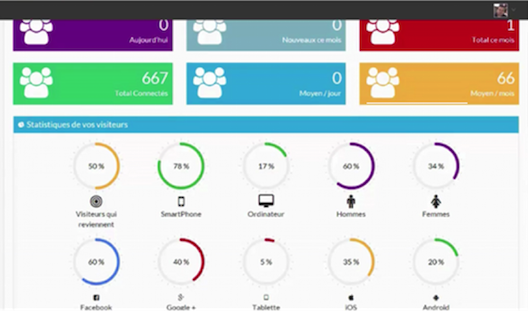 The service is in line with Morocco’s 2008/09 law which requires companies to inform users that their data is collected and to declare their data base to the CNDP, said Rachdaoui.

The concept has worked overseas. European startups cloud4wi and PurpleWiFi have raised $4 million and $5 million respectively.

And in Morocco Nextwi isn’t the first company to focus on in-store Wi-Fi.

Omniup, founded in 2007, has developed Omniup Ads, a solution that lets its partners display an ad (video, banner or web page) before a free Wi-Fi connection, a very different approach to the one of Nextwi.

The startup now has five paying beta-testers in Marrakesh: four restaurants and one café.

“The goal was to develop a stable beta version, have initial traction and prove that there is a market,” Rachdaoui said.

The team is aiming to launch its platform officially this year and take on a third partner to boost business development.

Nextwi operates as a PaaS (Platform as a Service). Revenues come from subscriptions, although the team is still working on final pricing. For now, plans average 5,000 MAD a year (roughly $450), which can evolve depending on the shop’s size and needs. 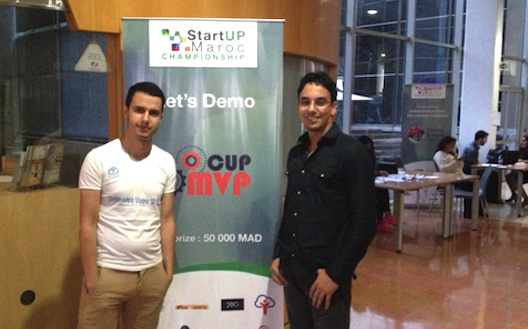 At the moment, the startup is focusing on two major improvement points: creating a mobile version for managers to access their dashboard online and options to make it accessible from any router without requiring much set-up time. The team currently has to install a router in each store.

From there, they hope to be able to expand to other cities in the kingdom and then to the rest of the MENA market “by early 2017”, Rachdaoui said.