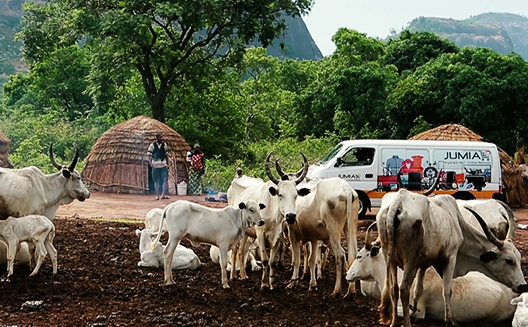 AIG is putting considerable money into its online marketplace Jumia. (Image via MrXAfrica)

The 225 million euro round was led by previous investors telco MTN and Rocket Internet, as well as new investor Goldman Sachs. AXA in February bought an 8 percent stake in the tech investor for 75 million euro, and the total sum of this round includes that investment.

The funds will be largely spent on expanding the reach of Jumia within Africa, which launched in 2012 and operates in 11 countries, rather than on other AIG subsidiaries, according to a statement released by Rocket Internet.

Cofounders and joint-CEOs Sacha Poignonnec and Jeremy Hodara said in the statement that it was “a recognition of the quality of our operations across the African continent and an affirmation of the significant growth potential of Jumia”.

“This investment is a recognition of the success that Jumia has already achieved and provides us with a strategic flexibility to further support our efforts to offer the best shopping experience to our customers.”

New investor Goldman Sachs has been vocal on its position on investment opportunities in Africa since before 2012, when it said “meaningful opportunities for Western consumer companies exist as Africa’s household consumption grows rapidly” in a report.

It has since invested in the continent’s largest telco Lagos-based IHS Towers in 2014, and closed its BRIC fund (Brazil, Russia, India, China) in 2015.

"We are impressed by AIG’s pan-African operations and execution capabilities, and believe the combination of strategic partners and management’s demonstrated expertise uniquely position the company's ecosystem to play a leading role in the development of Africa’s online economy," said Jules Frebault of Goldman Sachs.