"It's a platform. In short, it's a FitBit for cars"

This is how entrepreneur Faheem Gill introduces his product Dashroad, which was launched in February last year, and whose first large customer in this region is Careem.

As reported in Wamda, Careem will launch Dashroad in its cars in three yet-to-be announced countries this year. 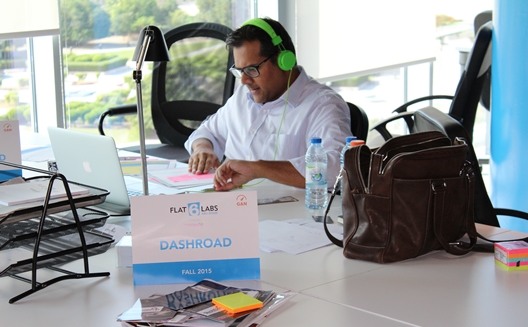 It’s a plug and play device that resembles a small black matchbox, and is connected to the vehicle. Clients use the company’s app to access data on the car’s performance.

Gill's invention was born six years ago after 15 years working for Honda and Toyota in the US. “I realized that I can benefit from my experience in this industry and create an added value to vehicles," he told Wamda.

His goal was to match his engineering experience with opportunities in the UAE, “where the government wants to be the first builders of technology, and they are ready to invest in any modern technology”.

Gill bootstrapped until he joined Flat6Labs Abu Dhabi, which offered him services, office space and mentorship, and is seeking $300,000 to expand his sales team and further develop the product. 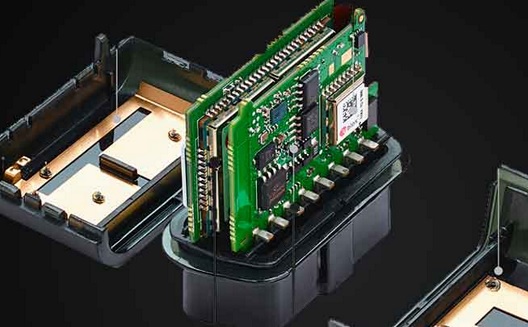 The device is a matchbox-sized reader that sits in a car. (Image via Dashroad)

Gill is initially marketing the device as a money saver, either through lower insurance premiums or when users come to sell their vehicles.

"In August 2015, the UAE government announced that insurance companies can lower their prices, if they have the right knowledge about your behavior when driving," he said.

The data collected could help consumers sell their cars, by providing up to date and accurate stats about the car, and keep maintenance costs lower by informing users early of maintenance issues. Instead of paying $50 dollars to be told your oxygen sensors are out of service, for instance, you can just have them directly replaced.

The Dashroad app is available on both Android and iOS, and the device is available for $180, with a special discount of up to a $100 for those who order it early.

Aside from private users, Gill is targeting a fleet management and insurance companies that want to offer their clients Dashroad for free. He is already servicing two companies, whose names he declined to disclose.

Dashroad is also offering a Takaful insurance option, where policyholders pay into a pool to guarantee each other against loss or damage.

“Our connected car solution for Takaful Insurance is entering the $16 billion market where we will showcase a community based platform to share insights on driving with users,” the startup said on its site. 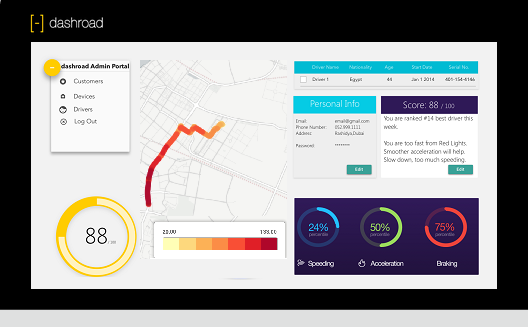 Not all challenges are about money

Along with funding challenges, legal obstacles delayed the launch of Dashroad.

"In the beginning, they told me it was easy and possible, but it was much more complicated, and I needed months to overcome governmental regulations," Gill said.

The key, he said, is in partnering with a local entity.

“If you’re designing hardware, you’re going to [need] an Emirati company, or you can avoid this by selling your [product] online,” he said.

His approach, however, was not flexible, as he didn't launch a minimum viable product (MVP) to sell on Amazon, he said.

Being taken seriously by other companies and convincing them to work with a B2B startup was another challenge, as was hiring a technically competent team he said.

Plenty of opportunities, but caution is advised

Now that Dashroad is ready to enter the market Gill's first goal is to attract as many new adopters as possible. Longer term the goal is to launch a more diverse array of apps offering more services.

Gill wants to expand in the Gulf region, with Saudi Arabia on the forefront of his mind, but bureaucratic issues need to be addressed first.

The rise of Dashroad reflects an increasing interest in vehicle tracking devices that improves vehicle performance.

This also means more competition, something the Gill is acutely aware of. With competitors in the US such as Automatic and Moj.io and Vinli, these competitors might - and in Vinli’s case do - have their eye on the MENA market, where local competitors Samtech and MixTelematics are already making waves in the market.