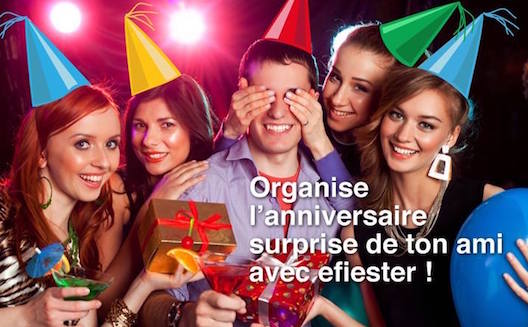 Robert Harfouche is Lebanese, and lives in France. Eric Autard is French, but lives in Morocco. Together, they started a party planner company targeting Parisians, yet developed, partially, in Beirut.

Their idea Efiester (a play on ‘e-fiesta’ or e-party) was to make organizing parties - specifically the food - simpler, saving hosts from a boring buffet (if the potluck variety) or an expensive outlay that’s neglected by their guests.

It launched in January 2015 as a purely online party-food organizing business but by December they’d added a dinner service as well, charging a per-guest, per order fee of $0.80, rather than mark-ups on the items sold through the site.

In an interview, Harfouche explained how through the online platform a host creates a party and invites guests, who then choose what they want to eat and drink. They - the guests - pay for their own food online, and, for orders over €60, a basket will be home-delivered for free (the startup says on its site that it doesn’t yet have the capacity to do home-delivery on orders under that value, so hosts have the option of picking it up).

It’s a process that is, as yet, a manual one: Harfouche and Autard receive the online orders and must themselves put in the call to the supermarket or caterer.

The business is in a pilot phase as the cofounders are still balancing full time jobs with managing the startup. Harfouche said they had organized the food for 30 parties and dinners so far.

After a year of discussions, Efiester is about to unveil a partnership with a French retail giant, the identity of which he declined to reveal. The startup will have access to the chain’s API to automate the order-and-delivery process in seven major cities and suburbs in France. Then, the team is hoping to automate the dinner side of its business. 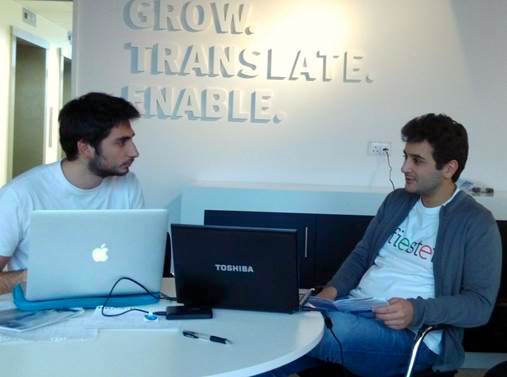 Harfouche said the partnership would make it possible to deliver all orders (currently they can only deliver orders of over 60 euros), and give them credibility during fundraising negotiations.

They are currently seeking $330,000 to allow both cofounders to work on the business full time. It’ll be spent on marketing and scaling the business.

So far the founders have funded the startup themselves and have also benefited from a 35,000 euros ($39,000) grant from PACEIM, a program that supports ventures started by French-trained students and graduates from the Maghreb and Lebanon.

Efiester employs five freelancers, two of whom are in Lebanon.

Providing jobs for people in Lebanon matters to Harfouche, who is moved by “the love of the country and the desire to build something there”.

“The quality of developers is the same than in France, and so is professionalism,” he said.

Lower salaries in Lebanon were convenient, but weren’t a major factor in hiring in the country as Harfouche said they could have as easily hired freelancers in Morocco where Autard works for an accounting company that specifically leveraging the cost of labor differences between the two countries.

He also wants to access the Bank of Lebanon’s Circular 331 funding scheme, which guarantees up to 75 percent of venture investments in startups based in the country.

But the rules require companies to be headquartered in Lebanon. Harfouche said they were prepared to shift Efiester to Lebanon if they could get the whole sum they needed, but if not they’d stay in France.

Will Efiester launch in Lebanon and Morocco? Harfouche hopes to be able to launch the dinner service in both countries by 2017.