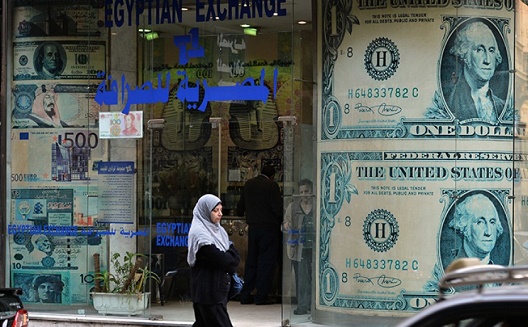 All Egyptians have struggled for US dollars since capital controls were imposed, but this year has been particularly difficult. (Image via Stratfor)

Egypt’s strict currency controls and shortage of US dollars are having a detrimental effect on startups, as importers struggle to access hard currency.

In February last year the government put in place limits on US dollar deposits and withdrawals of $50,000 a month to conserve a rapidly declining US dollar stock. In January it lifted this to $250,000 for businesses dealing with basic goods such as food products, and on March 9 dissolved them entirely.

But SolarizEgypt cofounder Yaseen Abdel Ghaffar told Wamda the currency situation was still having a big impact on the solar panel installer.

“A few months ago, we had a deposit cap of $50,000 which was extremely prohibitive. The cap was increased to $250,000 then lifted which is a positive step,” he said. “Now the issue is related to sourcing the dollars. They are available but black market prices are volatile and currently the price is eating at our margins and forcing us to increase prices in a way detrimental to our market strategy.”

Abdel Ghaffar said the end of restrictions on deposits and transfers made it easier to work on larger projects, but there were also other bottlenecks making dealing with merchants from abroad difficult.

“The customs authority and banking legislations are constantly changing making each shipment a challenge on its own,” he said.

Mohamed Salah, a stationary and print house business owner, who also works with government bodies and schools, told Wamda that the black market was the only way to access large amounts of US dollars. “I am losing businesses and often behind on my deadlines.”

Tahrir Institute fellow Timothy Kaldas wrote this month that the dollar shortage was due to a range of factors, including higher demand for imports, lower receipts from the Suez Canal as low oil prices make the longer trip around the Cape of Good Hope cheaper than the quicker Egypt route, and the continuing lack of tourists.

The Central Bank of Egypt (CBE) on March 14 devalued the the Egyptian pound against the dollar to 8.85 Egyptian pounds from 7.73 pounds, and followed that with a 150 basis point interest rate rise in Sunday to curb inflation.

The decision came weeks after CBE head Tarek Amer reaffirmed that floating the pound was not an option and one week after capital controls were lifted.

An entrepreneur in the clothing and accessories manufacturing sector, who prefered to remain anonymous, said her new business was facing major losses.

“I studied economics and I realize starting a business, especially one like mine which does not target a big demographic in Egypt, [is] on shaky ground in an unstable market. I never thought that in the course of a year, the purchasing power of the local currency can hit a new low,” she said. “We have more liberty with monetary policies, just not enough capital.”

Economists are skeptical about the CBE’s bid to support Egypt’s depressed economy, saying Amer needs to float the pound and allow it to weaken further.

Many have also argued that the CBE’s depreciation is a managed float, also known as a ‘dirty float’. HSBC chief economist for Central, Eastern Europe, Middle East and Africa, Simon Williams said the move was long awaited and could add billions to the country’s foreign currency reserves.

“A managed float cannot be of much help, especially with the accompanying inflation this brings forth.”

Yet a slow economy need not hold entrepreneurs back.

According to the 2012 Kauffman Foundation report ‘Entrepreneurship in the Middle East and North Africa: Opening the Floodgates’, reliable access to capital is key/

This is an issue the CBE addressed in January with a stipulation that 20 percent of banks’ loan books should be to SMEs.

The Kauffman report said that the first thing to suffer in economic downturns was the availability of cheap debt, “from bridge loans to positive debt financing that accelerates growthwithout equity dilution”.

“One area where stakeholders need to step up to the plate far more is regional and domestic banks that dedicate both capital and specialists to supporting the growth goals of national small and mid-size (SME) enterprises,” it said.