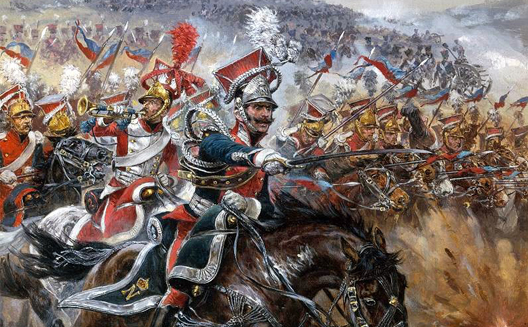 Tunisian entrepreneurs need to step up and lead the charge. (Image via Wikimedia Commons)

After working with entrepreneurs while in Silicon Valley from the US, Canada and Europe, I came to Tunisia in 2015 to help launch the Founder Institute and found it to be incredibly vibrant.

I came across several entrepreneurs but also new accelerators, incubators and investment funds entering and building the ecosystem.

So why haven't we seen true success stories yet? Is Tunisia ever going to have its Skype or Viber story?

My experience with entrepreneurs worldwide made me raise some questions:

- Is Tunisia lacking visionary entrepreneurs who can define real problems? Of course not.

- Are the founders different from other successful founders around the world, in countries as close as Egypt or as far as Australia? No, vision and talent are definitely there.

The issues, I believe, are due to five weakness holding our entrepreneurs back.

A question like, "why don't you have a minimum viable product yet?" would be answered by "I couldn't because I had to work on my day job”, “I didn't have enough money,” or “there isn't enough support”.

This is part of who we are and culture, which is unfortunate. We tend to see things negatively and the cup half full. However, based on other entrepreneurs’ experiences I have seen around the world, I can say that these are definitely not valid since a minimum viable product can be easily done manually, with no money and no resources.

One example of this is Gagan Biyani, founder of meal delivery service Sprig; he tested the service over few days with an Eventbrite page and a spreadsheet for tracking inventory.

I think these excuses are simply blocking Tunisian entrepreneurs from success. They need to understand that whatever they are doing, they are doing it for themselves and not for anybody else.

True entrepreneurs understand that the end result is what matters. They accept responsibility for their actions, are not afraid to fail and are disciplined in doing whatever it takes to achieve their end goal.

Leave your ego at the door

Another social syndrome affecting the entrepreneurial scene in Tunisia is the “I’m awesome and successful” syndrome.

I have seen individuals have tiny successes, such as tiny as winning a competition based on the number of likes on Facebook, thinking they now made it.

Local media doesn’t help with headlines like "the first Tunisian who won a top competition" or "the number one startup who beat them all..."

But at the end of the day, some entrepreneurs have nothing solid to demonstrate, and the public applauds for no real show.

Egocentric entrepreneurs are the worst to work with as an employee or a partner. They don’t give credit to their team and that kills their employee retention. They don’t listen and think that they know it all, which takes them straight to failure.

No, you don’t know it all

"I'm building this cool app to help doctors have more patients": are you a doctor? No. Have you ever talked to a doctor? No. So how do you know they need such an app?

In Tunisia there is a problem with entrepreneurs failing, as they start building and working on their products, sometimes for years, before even talking to an actual customer who would pay or use their product.

Customer discovery and development is an area that's highly neglected because Tunisian entrepreneurs often think they already know what their customer wants; usually it is a bias - we always try to solve customers' problems because we think of it as a problem ourselves.

However, before building your product, you need to first understand your customer’s needs and problems in order to bring them the right solution.

"I can't get to market until I have the most beautiful amazing perfect product."

Some Tunisian founders spend years too scared to commercialize a product because they think they have to build something flawless.

They need to understand that they can’t hurt their brand because if it doesn’t yet exist, and it doesn’t matter if your product isn’t perfect - your early adopters only care about the value they get out of it and its ability of solving a pain for them or making a gain.

It is your customer’s feedback that will allow you to quickly adjust and improve your product while defining the rest of their features. Focus on one feature and launch a thin beta version, and get your product into the market.

Time for some tough love

“Terrible project,” a startup competition judge would think. “Amazing job,” is what he would say.

This is something I’ve seen competition judges do in Tunisia: they do it to encourage people to jump in and build their projects.

But mentors need to give true raw feedback to rising entrepreneurs rather than being scared of hurting their feelings. By being nice to founders, they waste the entrepreneur’s time, lower their standards and enable their failure.

Honesty about an entrepreneur’s idea will avoid the disastrous consequences of building a business on weak foundations. It will give them a real chance to build an actual scalable product and increase their chances of success.

What Tunisia’s entrepreneurs must do now is stop talking and start acting. Tunisia is ready to start seeing true results and the best way to prove that you can do what you say, is by just doing it.