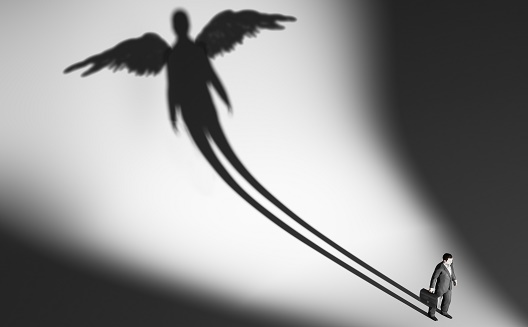 Angel investors are in short supply in MENA. How do we 'grow' more? (Image via LabsofLatvia)

There is no longer a question as to whether or not the entrepreneurial spirit has hit the MENA region. It has.

Everyone loves a startup, and startups know where to find the love: incubators, coworking spaces, conferences and networking every day of the week. The region now abounds with support systems, often government-backed, for early stage companies.

So go ahead, quit your job, start a business, you’ll find the help to get you through your entrepreneurial infancy.

But there is one small issue you need to keep in mind: at some point your startup needs to grow up, become a real company.

And at that point, you will face the harsh reality that the company is not all about the entrepreneur and the team who will bite and scratch and claw to make a business succeed. It’s also highly dependent upon capital.

This is where we have a problem in this part of the world. There is an illusion, seemingly perpetuated by these support networks and happily accepted by entrepreneurs, that when you’re ready for investors they will materialize.

It’s not an unreasonable thing to believe. Current conditions notwithstanding, the region is flush with cash, not just at the governmental level but with corporates, family offices, even individuals, who are often earning a high income not subject to taxes or institutionalized savings.

What we are seeing is a broken link: this money flows somewhere, but not into regional, early-stage companies, or at least not in an effective way.

In 2013, members of the VentureSouq network invested in a Dubai-based company that’s got everything an investor could dream of: strong, ambitious cofounders with successful exits under their belts, a well-developed product, a deep existing client base and strong user traction, and presence in multiple large, high-growth cities.

Over the past three years, this company has struggled to find the capital it needs to keep pace with the growth ambitions of its team.

This is the GCC, where people from outside come to raise capital, because apparently there’s an ocean of money: stick a straw in the ground and black gold comes out, right? How could this homegrown company have trouble raising money?

The ideal pipeline is where companies can move from incubators and accelerators, to angel investors, to venture capital firms, to private equity shops, to public listings.

At every step of the way, there should be pockets of capital for these companies to tap, pools that are comfortable with the risk levels at the relevant stage, and that can add strategic value to the business at that point in its trajectory.

In terms of incubators and accelerators, we are now impressively covered. MENA programs are now even enticing companies from outside the region to come and get their feet wet in Dubai, Abu Dhabi or Qatar. For example, Flat6Labs Abu Dhabi’s last two classes included companies from Russia (Unnyhog), Italy (Kikabo Labs), India (Flip Technologies) and Greece (Susurrus). In fact, almost half of the companies participating in their programs are international in origin or focus.

We also have here in the region a handful of credible, active, well-funded VCs and traditional private equity players are starting to pay more attention to graduated startups: one example is Abraaj’s recent investment in Careem.

But we are still nascent at the angel level. This is a sensitive time for early-stage businesses which either discover and convince people with capital to invest, or they die. In the absence of a viable angel community, VCs have had to push down into earlier, smaller funding rounds than probably makes sense given their business models.

How do you turn people in this region into angel investors? In the three years that we’ve been fostering an active angel community, we’ve learned that this requires a lot of finesse.

Investors want to participate in companies that have growth potential, but also are mitigated from the risk of failure. They want to have access to the operators, but also don’t want to actively have to follow-up on things like reporting or paperwork. They want to make educated decisions, but also act on instinct. They will act when there is a sense of exclusivity, when they may miss out on something big if they don’t step up and write a check. Most importantly, they want to be aligned with the company’s management, and join them on their ride.

I did not come out of the womb an angel investor. My route was a personal one. I had a friend who started a company. He started succeeding, and I got jealous. So I thought, "hey, if I were a shareholder in his company, then I would want him to do well." I invested, only a small amount but enough to where I felt aligned.

Moreover, after I invested, I naturally bragged to everyone with whom I came into contact. What I discovered is that many of these people wished that they were ‘in’ and thought they had missed out on something; they scolded me for not giving them the scoop earlier. Four individuals immediately jumped on the idea of looking at deals like this collectively. They became my partners in VentureSouq.

We now understand that there is quite a deep, broad appetite to invest, but very little active solicitation of that interest.

The region is full of people like me, would-be investors just looking for a catalyst. The desire to invest into early-stage companies, and the knowledge required to do so effectively,  is not an inherited quality, it is developed.

We have what could be an extraordinarily powerful funding base, which could serve as a substantial competitive advantage for regional businesses. It just needs to be progressed in an active way.