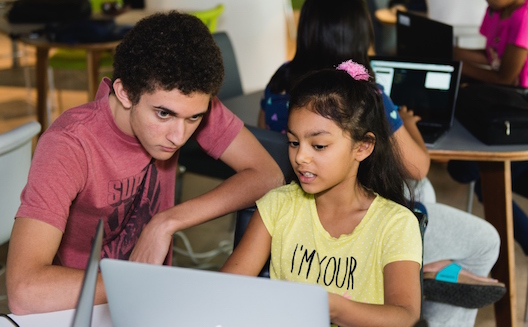 Coding is the future. (Images via The Coding Circle)

Launched in Dubai in 2014, The Coding Circle is a tech and coding education company that teaches students, ages 7 through 16, contemporary coding skills.

The platform has taught hundreds of students in both Dubai and Jordan on a range of topics, from the basics of coding to advanced Django and Python. With partners such as Google, Facebook, Uber, and Cisco, the company is now working to expand operations to other cities in the region as well as internationally.

One team from The Coding Circle recently won the All Women Hackathon organized by the Meera Kaul Foundation, including three students aged 9-12. Their idea, Cadies, an app designed to bring communities together by allowing women and children to carpool together, won the themed challenge of the hackathon: Smart Cities for Women.

Wamda spoke with cofounder Feroz Sanaulla to learn more about the company and to get his take on the future of coding education in the MENA region.

Wamda: Why is coding education important, particularly for the MENA region?

Feroz Sanaulla: Coding is generally important globally because it is the future language of society. In the sense that when we move forward and we look at how every part of our living fabric is going to have some sort of a hardware or software component to it, the bridge between hardware and software is always coding. And that is going to become a part of every person’s language. Maybe not our generation, maybe the next generation. But it is going to happen. 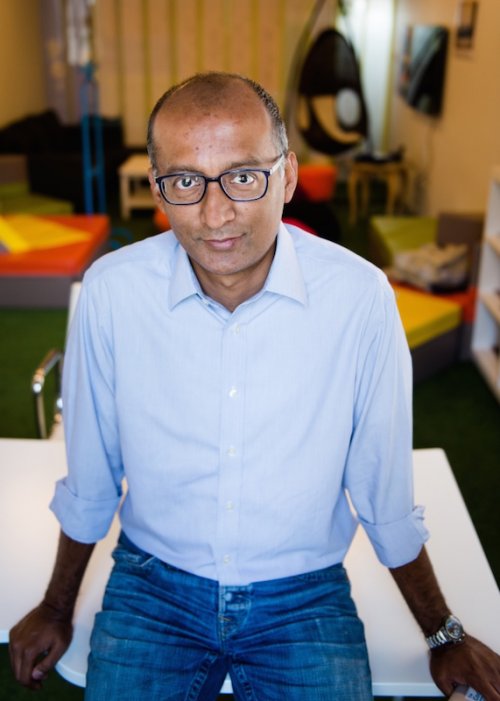 Wamda: Where are you based and do you have plans to open up new locations?

Sanaulla: We are currently in Jordan, it is a very active community and the classes are always full. We are starting in Bahrain in April. We are now in talks with the Far East, which is Kuala Lampur, Bangkok, and Singapore. We have a presence in London and we are also talking to people in Saudi Arabia.

Our next phase of growth is we raise a bit of money and we scale into wider geographies, and create more schools and more locations here. We do not want to own our own locations, we will partner with people, and we are doing it right now because it doesn’t make any sense to create fixed costs. We don’t need to. We can scale with partners.

Also, schools are asking us to come to them and teach, to augment their already-established curriculum in coding.

Wamda: How did you design your curriculum?

Sanaulla: Nothing that we do is not open source - everything is available online. So our way of doing it is we experiment a lot, we learn from what is out there in the world, whether it’s Udacity, whether it’s Codeacademy, whatever it is, there’s plenty of curriculum available. But then we morph it to our needs and that’s where our value comes in.

Wamda: Do you customize your curriculum for the region?

In Saudi Arabia we will have to translate it into Arabic and we have a partner who has offered to do that. Even though coding is an English language, we still have to be able to communicate in Arabic, so there will be some morphing there. Egypt may be different.

Wamda: Why do you focus on in-person classes rather than online courses?

Sanaulla: Because coding is boring when you do it by yourself. Even CodeAcademy or Udacity will tell you that of the people who register and join them, 80 percent of them drop out within the first month because it is a lonely existence.

We are all social creatures; we like to interact, challenge, argue, and push each other when we learn. So what we realized is that online is great, but it just doesn’t get you there. If you really want to get yourself there, you need to be in a collaborative environment.

Wamda: What are the most popular types of classes?

Sanaulla: The starting point of all of this is intro to web development. And that’s always been our class that gets people understanding code, so that becomes a very popular class. The other popular class is gaming related; Minecraft is a big deal for kids, they love to hack it. We are fans of Minecraft to a certain degree - as long as you are learning hacking and learning the terms that make Minecraft happen. We are not fans when people just show up to play games.

Wamda: Do you see potential for more public or private sector partners to get involved?

Sanaulla: Absolutely, there’s no reason why only Google, Facebook, Uber and Cisco should be partners with us. Where are the local companies?

Wamda: What is the future for coding education in MENA?

Sanaulla: First, there are going to be many more companies starting up in this region offering coding, which is a great thing. We will see lots of competitors coming in, which is going to increase regional deployment of coding academies which is great. The more kids that learn the better. And we also see that once that happens and a critical mass develops, that a lot of the kids who are educated by us or others start moving into teaching. And I think that is a great thing.

What coding looks like today and what it’s going to look like in five years is going to be completely different.

Upcoming courses at The Coding Circle include: