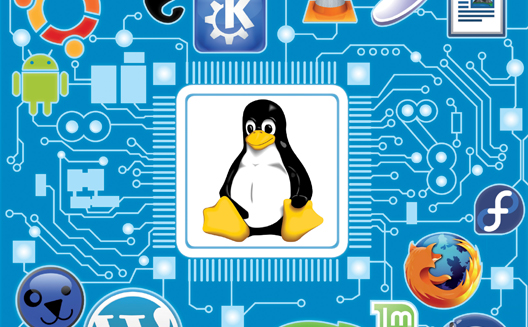 A playground for startups and corporations alike. (Image via Linuxuser.co.uk)

A startup wants a mobile menu for their new app. It’s going to cost them time and money to build one from scratch, so they search on Google to find one that is ready-made, a template if you will.

It is because of publicly available ‘open-source software’ (OSS) that finding such a component is relatively easy. Simply put, OSS is when a product, and the source code that accompanies it, is made available for others to use and even change, or add on to, as they see fit.

The video below further explains how OSS works.

For startups, OSS obviously is a great way to kickstart development without punishing the bank account.

The beauty of OSS, according to its advocates, is that it creates a more collaborative approach to software development.

“We are heading towards a FOSS,” said Sameer Sortur, founder and CEO of SquareCircle Tech in Dubai, and organizer of the recent Gophercon event in Dubai. “A ‘free open-source software’ revolution.”

Companies can get a better quality product because there is a community of thousands working to develop and perfect this software - you can get results like Wiki software (which gives you a Wikipedia-like experience), and WordPress.

When a software’s source code is closed, or not available to the public, which was the traditional path of companies and still is for some big ones, it means that any creation or modification to the code is the exclusive domain of those to whom the owner gives access. As an example, no one can modify and distribute Microsoft Windows except Microsoft.

It should also be noted that a company can use OSS for building a product that is then closed to others. So, just because you use OSS doesn’t mean the end product is released as OSS.

This said that they would ensure that the government would promote OSS within government departments, “as well as assign IT resources to develop new functions for Ingres products with the community version of Ingres Open-Source Database to create a community of developers”, according to reports at the time.

For the KBSoft team, these tools represent the foundation of constructive research and education. "Through open-source platforms, many experts from all over the globe can participate in developing [the product],” said AlMarzouk. “Every person can display their product in front of their colleagues. Then the best idea is followed."

Job opportunities are one of the biggest things to come out of OSS, but the entrepreneur attests that the benefits don’t stop there.

AlMarzouk spoke of the experience gained through interacting with the developer community, and discovering new tools and techniques to solve challenging programming problems.

Gartner analysts predicted that by 2015 more than 95 percent of mainstream IT organizations would be leveraging OSS solutions in their technology portfolios. This is an increase from the 75 percent in 2010.

Worldwide use of OSS has been picking up pace since the 1980s, and has been widely adopted in Middle East and, like much of the world, this has been largely adopted by startups rather than big corporations. The bigger companies though are generally reluctant, said Sortur. However, companies like Microsoft and Google have started adopting OSS packages.

“The world is moving away from proprietary to collaborative software,” said Sortur. “Look at platforms like Github [it shows] open-source is taking shape, so a lot of large enterprises are moving towards that, it’s more flexible in terms of development and architecture.”

It is also more secure.

Github, which is a community for open-source and collaborative development, shows you how things are taking shape, and now a lot of enterprises are wanting to move towards this - more flexible in terms of architecture and development. 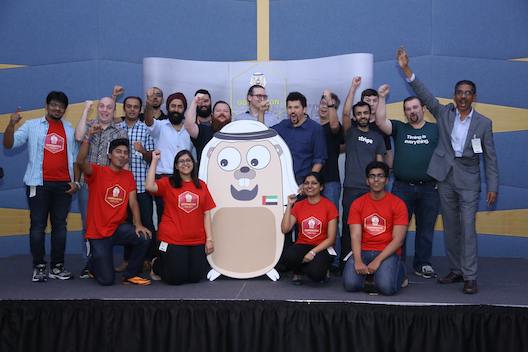 Sameer Sortur, far right, with speakers and attendees at the Gophercon. (Images via Gophercon)

While many conferences worldwide might cater to a specific programing language, like JSConf, CSSConf or RubyCon, no conference has been held in the region before. Conferences such as Droidcon Dubai in March was a showcase for the use of OSS in the region, and Gophercon in February was themed around Go, an OSS programming language born out of Google and contributors from the OSS community.

Where the UAE stands

While the region is slightly lagging in many aspects of IT adoption, compared to India or China, there is strong use of OSS by many startups.

The UAE itself has experienced a proliferation of IT companies and a rapid growth of its tech industry, a reason Sortur was keen to hold Gophercon in the UAE and to see the development of “a successful platform for Go and open-source developers in the UAE and ME region”.

Amongst those adopting open, rather than proprietary software are businesses like Souq.com, Namshee, and JadoPado. 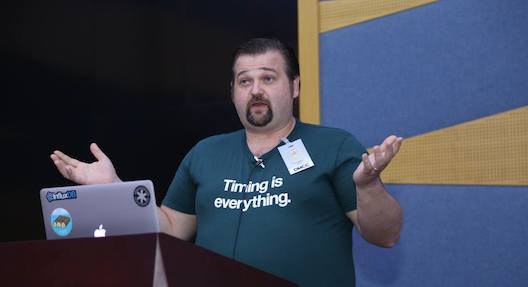 Cory LaNou at Gophercon, “it can be hard to get a community going”.

Adoption is still tricky though. Cory LaNou, a US-based web developer and entrepreneur, spoke at Gophercon. According to him, seeing people in their own development “silos” is common.

He told Wamda that amongst those he spoke to, it seems it was hard to get the Go community energized. “From what I could ascertain, there is a lack of understanding around what a technology community will bring to the area, and as such, getting people to attend is difficult.”

He was positive however. “I did have several people approach me afterwards asking about how to get their local Go meetup going, how to start a GoBridge chapter, and a Women Who Go chapter. These groups won't take off overnight, but if they continue to put effort into it, I'm confident they will be successful.”

Sortur said India’s strong emphasis on research and development has led it to be more advanced than MENA when it comes to OSS adoption.

“Organizations here still need to learn those technologies, most of the software built in India is developed there and sent here to the UAE, but the scenario is changing; there is a significant shift on building software locally,” he added. “I think larger tech companies have been very successful, it’s just a matter of awareness, adoption and need - you’re not limited to the talent you hire.”

Issa Mahasneh, the president of the Jordan Open-Source Association, is on the same page.

Saying that the tech community of the region was raised not to share, as well as a misunderstanding and suspicion amongst IT executives. “But it is fading away in others that use more innovative technologies; like virtualization, big data and the Internet of Things, in which open-source proved to be the most viable option.”

“I think OSS will be taking off everywhere,” said LaNou. “There are great benefits to it. If the MENA region is just starting that trend, I see no reason why it won't follow the same path other regions have.”