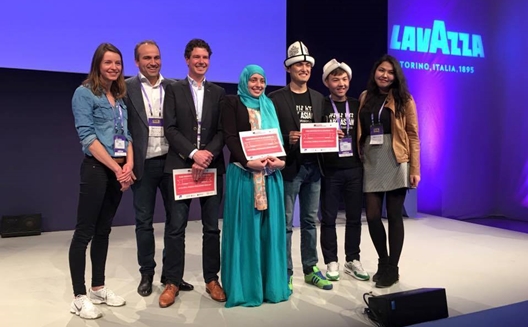 This is the second part of our week-long look at smarter transport in MENA. Read the first here.

Egyptian startups are continuing the struggle to find a solution to the overwhelming traffic problems plaguing Cairo.

Siblings Samira and Ahmed Najm launched their carpooling app Raye7 in October 2014 as a way to get more vehicles off the road by allowing private drivers to fill their empty seats. A rudimentary Facebook page evolved into a full-fledged Android and iOS mobile and web app at the end of last year, initially targeting tech parks such as Smart Village outside Cairo.

A World Bank report in 2014 estimated the annual cost of the congestion in Cairo to be as high as 47 billion Egyptian pounds (US$5.3 billion today) and expected to rise to 105 billion pounds by 2030 ($11.8 billion). Raye7’s own initial research suggested that 70 percent of automobiles in Cairo's streets are used by only one, or two if including a driver, people.

Ahmed, who manages public relations, told Wamda the app had been downloaded over 6,000 ties and 50,000 rides taken so far. "Users can also evaluate the driver, so that we can provide a safer network," he said.

They were also sure to make the app “culturally appropriate”, such as making data from women’s accounts inaccessible to men. 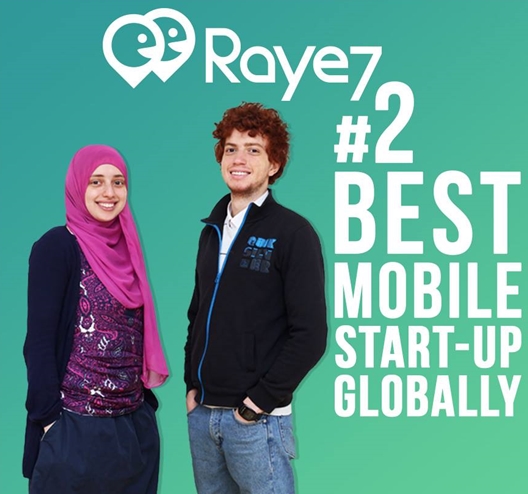 The Najms at The Mobile World Congress Award.

Competition success came quickly. This February, only a year and a half after launch, Raye7 won second place at The Mobile World Congress application competition in Barcelona, Spain, after competing against 20 global teams.

"We participated in the semifinals of the international [Mobile World Congress] competition, after which we were shortlisted to the top 10," Samira told Wamda. "We were the only Arab team to win in the finals, alongside one Dutch team and another one from Kyrgyzstan."

She said while no money was part of the award, they got international exposure and a week-long training session at the Venture Lab accelerator at Spain's IE Business School.

The founders want to prove that there is a stable need for Raye7 before worrying about monetization.

"All we want now is to spread our idea, but we plan on turning our service into a companies-only paid service by [2016’s] third quarter," Samira said.

Currently Raye7’s revenues come from a percentage of the fee riders pay to their driver and through corporate deals.

During the first quarter of 2016, the founders negotiated contracts with a number of corporations who have agreed to pay for their employees’ carpooling via the app. The companies will pay for the employees to use Raye7 at a group rate. Around 15 such groups have now joined Raye7, including The District, German University in Cairo and The GrEEK Campus.

To date, the venture has been self-funded alongside a 120,000 pounds (US$13,500) grant from the government-run TIEC incubator, but the pair was negotiating with five investors in March for a Series A investment round.

"We're looking forward to growing in emerging markets with high levels of traffic, where there are the same conditions as Egypt," said Samira. "But we haven't received enough funding to grow locally. We will currently focus on growing to other provinces in Egypt, and then we will launch marketing campaigns that target a wider group of people."

In March, Ahmed told local media outlet Daily News Egypt they were also considering 14 cities around the world, after becoming properly established in Cairo and Alexandria.