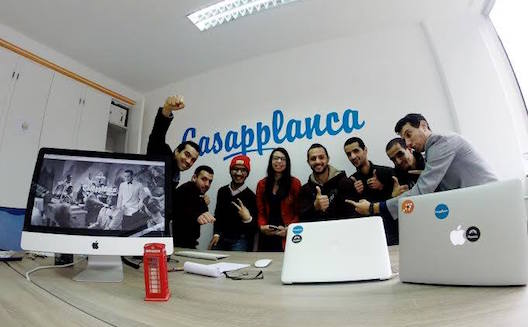 Casapplanca’s founder sees most of its traction in Egypt and Nigeria. (Image via Casapplanca)

Taher Alami is often called the godfather of the Moroccan Web, yet lately he’s been a rare site in Morocco, spending more time in Dubai or elsewhere in Africa.

Alami is a serial entrepreneur who built successful startups including AbWeb and Casapplanca, and he says it's Africa and the Middle East that Moroccan startups should be setting their sights on, rather than the home market, Europe or the US.

That attitude is explained by his companies’ success in both regions.

Casapplanca develops software-as-a-service (SaaS) products, such as MailChimp-like service Email Dude that was recently accelerated at BlackBox in Silicon Valley.

Two years after its launch, the service is available around the world but its two key markets are Egypt and Nigeria.

Alami said their success in Nigeria came from two factors, one being that country’s unpopularity among reputable international SaaS suppliers: Nigerian web entrepreneurs were disadvantaged by working from a country known for being the origin of many internet scams - the ones that involves ‘Nigerian princes’ or long lost relatives.

“Big companies don’t want to target those people,” he said. “[Nigerian entrepreneurs] have a hard time finding a supplier that will trust them.” As a result there was a SaaS gap waiting to be filled.

The second factor is mathematics. Nigeria is Africa's largest country by population with 186 million inhabitants; 93 million, or 50 percent, of those use the internet. On top of that, few foreign companies pay attention to this market due to a perceived lack of disposable income.

“A third hypothesis is that they liked the colors and look of Email Dude,” he said.

Alami other company AbWeb is a digital agency working with multinational corporations with an interest in operating in Africa. For example, they manage Sony Mobile’s online reputation and communication throughout Africa and the Middle East, where the company itself does not have an office.

The growth strategy is different from Casapplanca’s, as AdWeb only operates in countries when their clients require them to be there, and use a more personal, less ad-based approach.

“Every time a client needs us in a new country, we go in that country, sometimes hiring local resources,” Alami added. 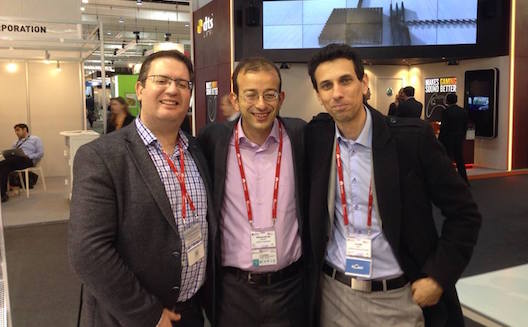 Gaining customers in Africa requires a different skill set and approach, as it comes with a range of challenges that may be more or less present in other developing and emerging markets around the world.

“The first challenge is the movement of people,” he said. Moroccans need to ask for a visa to travel to most African countries and have to pay a small fortune to fly there.

Then comes the online payment and corruption issues.

“In Africa, payment terms are never respected and it can take years to get one’s payment to go through,” he said. “That’s why we’ve chosen to work with multinationals which have interests in Africa but no offices there, and who will operate according to European and American business norms.”

In terms of the Moroccan market, it has 35 million inhabitants, of which roughly 57 percent use the internet. Alami said many of those online were illiterate or had trust issues with online transactions.

“More Moroccan startups should pay attention to Africa and, in general, on bigger markets than the ones they’re in now,” Alami said.

“[Moroccans] will never buy online and worse, they will never buy from a Moroccan company. That’s the way it is. While in Egypt there are 30 million internet users, and in Nigeria there are 93 million, with much more mature ecommerce markets,” he said.

By virtue of location, Moroccans have unique access to Africa’s many markets. They speak the same language as a large part of Africa’s population (French), share an African identity, and are respected around the continent.

“It’s easier to go to Nigeria than to go to France,” he said. “It’s a matter of competition. [Western countries] don’t need Moroccan companies.”

Moreover, Moroccan companies had their government’s support. When the King mentioned a sector, a lot of attention followed Alami said. A new budget for national and international promotion of that sector as well as regulations that make it easier to do business in that sector often follow.

“There’s been a lot of economical missions in Africa, to which I’ve had the pleasure to be part of. When his Majesty opens the door to Africa and you follow his footsteps, it’s beautiful how doors open. People are listening because all the local media have already talked about the advantages of Morocco,” he said.

Now, he said, was clearly the time to expand business in Africa.