As Lebanon develops its tech startup culture to become a serious player in the region, the capital of Beirut has become the country’s undisputed hub for innovation, investment and networking.

The suburbs Downtown, Sodeco and Hamra are home to thriving tech companies, some of which have gone global. And these days, tech talks and workshops are weekly rituals, often attracting regional and international attendees.

But as Beirut’s buzz has grown, tech clusters outside the capital have quietly emerged. 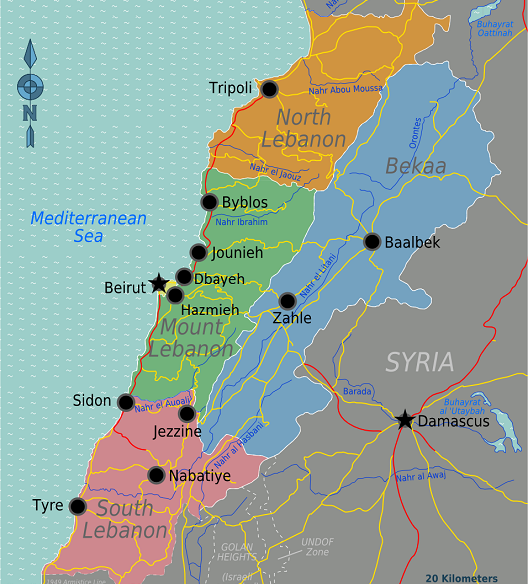 Lebanon has a relatively long tech startup history, but only recently have they been moving out of the capital. (Image via WikiTravel)

The northern and eastern suburbs are home to a number of high-growth tech companies, many of which have relocated from Beirut to escape the congestion of the city.

Up north, Tripoli, also known as Lebanon’s northern capital, has seen a surge in startup activity in recent months. In the south, the coastal city of Sidon is getting a boost with tech and entrepreneurship training programs targeting youth. Meanwhile, the Bekaa Valley is seeing small signs of startup life, with at least one tech office operating in Zahle.

Most of the startup activity just north of Beirut is centered around Dbayeh. The seaside suburb known for its restaurants, shopping centers, nightclubs and seaside promenade, is also home to some of Lebanon’s most established tech firms. These include the music-streaming app Anghami, the photo-sharing app Dermandar, the heart-monitoring device Cardiodiagnostics and the app development company Tedmob in the same building.

As the town’s ambitious marina, with attached business park, is constructed it is expected that more tech firms will set up shop in the area.

“Everyone is moving here. For me, Dbayeh is booming,” said Tedmob founder and CEO Mario Hachem, while sitting at his sea-view office as the sun was setting. “Beirut is expensive, and the Internet here is better.”

“[And] in the morning, I’m going against the traffic.” 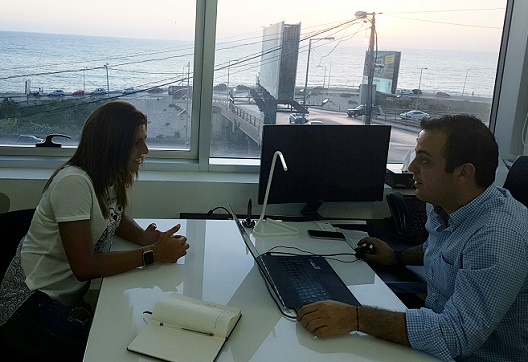 East of Beirut – suburbs and mountains

The mountains east of Beirut have long been locations for innovation – from the original Berytech headquarters at St. Joseph University in Mansouria, established in 2002, to the 10-year-old sprawling compound of Fadi Daou’s hardware design firm Multilane in Houmal.

More recently, newer startups have found homes just east of Beirut, mainly in the suburb of Hazmieh. Among them are the career-coaching site Tickle My Brain and the matchmaking site Et3arraf.

“We initially moved to Hazmieh because the rent is much more affordable than in Beirut. At that time we were raising our first round of investment,” said Et3arraf CEO Cedric Maalouf. “Then, while growing our business, we realized that besides the rent it was very practical given that some of our team members come from outside Beirut,” he said.

“Hazmieh's location is the right balance between being close to Beirut and easily reachable by people living outside of Beirut, without having to to go through Beirut's traffic every morning.”

Tripoli has probably seen the most significant transformation in its tech startup scene.

Following years of sporadic violence and a resulting brain drain of some of its most talented residents, the city is finally seeing a renaissance with new coworking space Al-Kindy established in December, its first major startup competition, Tripoli Startup Forum, an awards ceremony following the Startup Seeds acceleration program, in March and a thriving entrepreneurs club of around 100 active members, many of whom only joined in recent months.

“We have very good potential, but we’re not well invested or exposed. We decided to take the initiative on our own,” said Fadi Mikati, president of the Tripoli Entrepreneurship Club (TEC), which started in 2013 with five members.

“Tripoli is the second capital of Lebanon. Unfortunately, we’re not playing that role. We want to put it back on the Lebanese map.”

One of the most important recent developments for Tripoli’s entrepreneur community was the opening of Al-Kindy in an old restored courtyard house in a cobblestone alley near the waterfront. The community raised $23,000 through crowdfunding on Zoomaal for furniture and services. 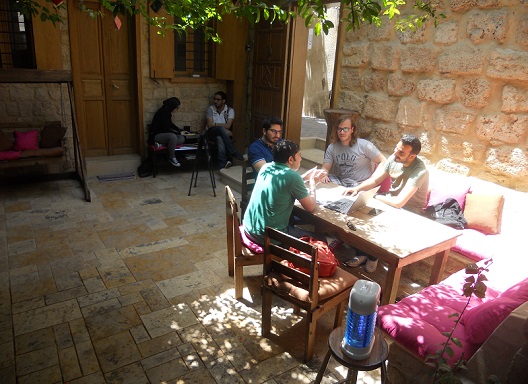 Tripoli's Al Kindy is a hideaway for entrepreneurs.

There are now about 30 tech startups in Tripoli. Most are very early stage, but Tripoli has birthed a few successful firms such as the global hardware company Mobinets and Cardiodiagnostics, both of which are still connected to the city, but have relocated their main operations.

In a sign that Tripoli’s brain drain might slowly be reversing, Taha Mikati moved his company Kids Lab, which makes a educational tech teddy bears and won the Startup Seed competition in March, to Tripoli after 12 years in Paris and Cyprus.

“If I didn’t find the right community to start with, I couldn’t have done it,” he said.

Sidon and the south

Sidon and other southern cities might not have the success stories of Beirut – or even Tripoli – but it has been developing a nascent culture of entrepreneurship in recent years, particularly among its youth.

Last year the Outreach Leadership Academy (OLA) was established at the a newly restored Ottoman courtyard building. The NGO hosts training sessions for youth on education, governance, finance and entrepreneurship.

Around the same time, young aspiring entrepreneurs established their own entrepreneurship club, a small group that gathers at different spots around the city once a month and dubbed the Innovation Club. 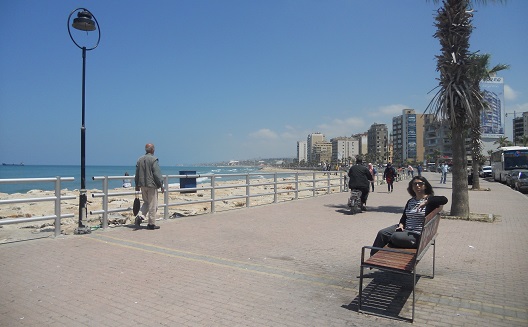 Sidon's entrepreneur club has one of the more beautiful meetup locations in the region. (Images via Brooke Anderson)

Hoda Bitar, a founder of the club, said she hoped the growing support network would encourage entrepreneurs to stay in the area.

“I don’t want people to think they need to leave to succeed,” she said.

One startup, Bio Soil, a sustainable development company to the east in Jezzine, received seed funding from Arc En Ciel to develop its recycling and compost program.

So far, no major tech startup has been based in the south. But the area has produced a number of successful entrepreneurs that have launched companies in Beirut and beyond. One of the most noteworthy is Jihad Kawas, founder of Saily, a website that sells secondhand goods.

The Bekaa Valley and the Chouf

The Bekaa Valley and the Chouf are arguably Lebanon’s least developed areas in terms of entrepreneurship. But a handful of small initiatives have popped up, a sign that it is still possible to start something from scratch in Lebanon, even without the support of a geographic cluster.

Shouf Entrepreneur is a small group that aims to develop entrepreneurship in rural Lebanon through workshops and courses.

Although many of these startups and tech companies outside of Beirut are still in their infancy, the fact that they have taken the step to establish themselves in different parts of Lebanon is a possible sign that these entrepreneurs see the potential in their own backyards.