Turkey and Saudi Arabia rank the highest in the Middle East for patent applications according to a report from the World Intellectual Property Organisation (WIPO).

In 2017, there were 3.2 million patent applications filed around the world, nine million trademark applications and one million design applications. Two thirds of all these applications originated from China alone. Patent applications for artificial intelligence (AI) technologies experienced the biggest growth. Between 2013 and 2016, AI patents relating to robotics and manufacturing methods increased by 265 per cent.

“This of course is an insight into the future, where the applications of technology are going and we should expect that there will be quite dramatic changes in manufacturing capacity around the world as a consequence of AI techniques in the field of robotics,” said Curry.

Accounting for 20 per cent of the world’s expenditure on research and development (R&D), China has experienced a boom in technological innovation particularly in the field of telecoms and mobile payments.

“With 40 years’ of reform and opening up, China’s economy is transforming from high speed growth to high quality growth,” said Wang Zhigang, China’s Minister of Science and Technology who pinpointed scientific and technological innovations as the core of the country’s development.

Patents are used by many as a reference point for innovation on a country level. The UAE government has mandated that several of its ministries produce three IP applications on a yearly basis as part of its governmental strategy to drive innovation.

Referring to China’s Belt and Road Initiative, a multibillion-dollar plan launched by President Xi Jinping to facilitate trade between the countries along the Silk Road, Zhigang said his country is willing to collaborate with Arab countries to develop a science and technology plan so that China can contribute its wisdom “in the global endeavor of scientific progress”.

“China holds an open and cooperative attitude and stands ready to work with the rest of the world to develop fundamental research in AI to facilitate scientific and technological development in AI,” said Zhigang. “We need to set up new technology standards and norms and competitive rules and improve government foresight and agility.” 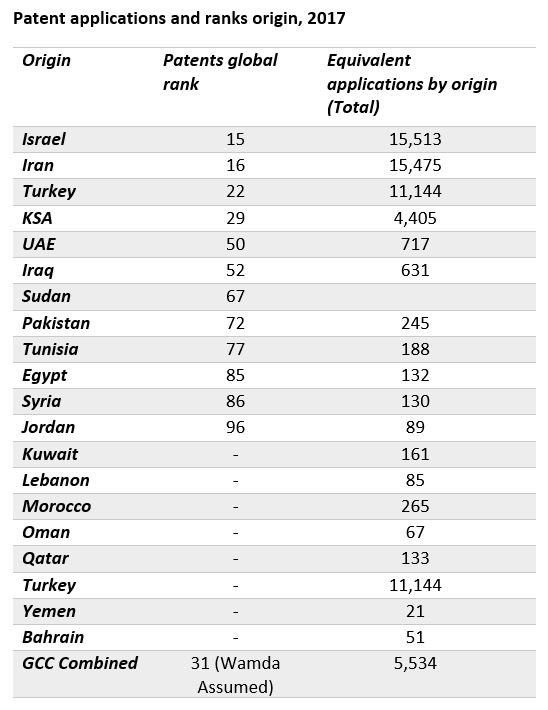