This year marks a decade since Yahoo acquired Maktoob, in a deal worth $164 million. It was the first time that a technology company based in the Middle East had attracted such significant interest from a giant of its day.

At the time, the deal paled in comparison to the acquisitions and mergers typical in the region, between telecoms operators, industry and real estate. But for the entrepreneurship ecosystem, it was a seminal moment, validating the region as a place for technology and startups.

Back when this happened, there were no venture capital (VC) funds, mobile and internet penetration was low, Apple’s iPhone was still out of reach for most people and unicorns were mythical creatures with the power of flight.

Ten years later, the region boasts its own unicorn: Careem, which was acquired by Uber earlier this year for $3.1 billion, global investors are investing in Middle East startups and entrepreneurship is increasingly becoming a viable career path.

Maktoob was founded in Jordan by Samih Toukan and Hussam Khoury as an Arabic webmail service. It grew to become the main destination for Arabic speakers on the internet and amassed 16 million users. Beyond the main portal, Maktoob offered online payments through CashU, an e-commerce platform that resembled US-based eBay called Souq and gaming company Tahadi MMO Games.

Yahoo was only interested in the main portal and so Toukan and Khoury established Jabbar Internet Group to absorb Maktoob’s other assets. In hindsight, Yahoo failed to see the consumer trends that unfolded in the region and the inevitable rise of online payments and shopping.

Souq became the biggest asset in Jabbar’s network. Emaar Malls reportedly made an offer of $800 million in 2017, but it was Amazon that would come to acquire the e-commerce site for $680 million of which $580 million was paid in cash. Emaar’s chairman Mohamed Alabbar decided to pump $1 billion into launching his own e-commerce platform, noon, as a result.

In between these two acquisitions, the technological landscape in the region had changed drastically. Internet penetration was on the rise, mobile penetration was close to or exceeded 100 per cent in every country of the Middle East and North Africa (Mena). Smartphones were also popular and Nokia’s dominance in the mobile phone market had been dismantled across the region, replaced by the app-friendly iPhones and Android-based Samsung and Huawei phones. With the introduction of 4G technology, the cost of mobile broadband fell from an average of $9.50 for half a gigabyte in 2016 to $5.27 for double the amount of data. 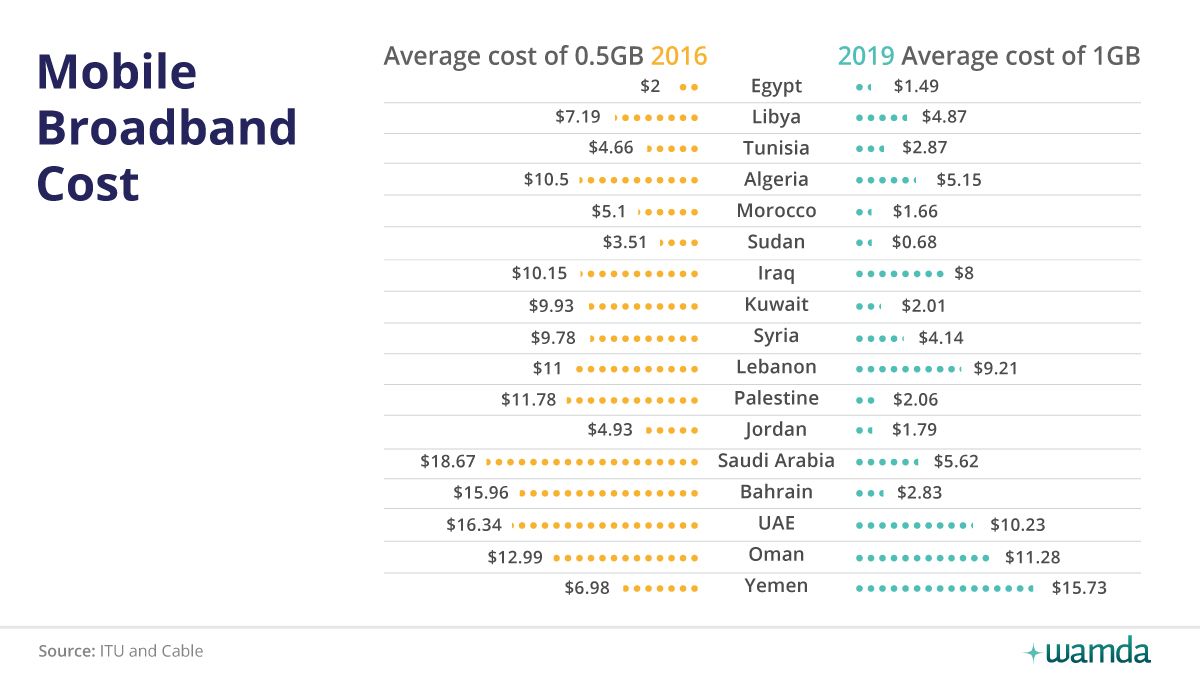 Amid the protests and revolutions that disrupted the region’s economies in the so-called Arab Spring, the high youth unemployment highlighted the importance of the private sector for job creation. Entrepreneurship was presented as the silver bullet to stymie the rise of unemployment and a way to empower the youth, who make up two thirds of the region’s population.

Government policies and regulations across the Middle East and North Africa (Mena) slowly became friendlier to entrepreneurs and investors. Efforts to cut down startup costs continue as regional competition to become a hub for entrepreneurship has ignited. Startups have been recognised as a way to create not only employment, but a means to solve for problems that societies and economies face in the Middle East.

The general shift in attitude and government policies created fertile ground for companies like Dubizzle, Talabat and Babil to emerge, most replicating models and ideas that had proved successful in other parts of the world. Germany’s Rocket Internet arrived in 2011 and began founding startups aggressively, replicating successful business models to launch companies like Namshi, which was recently acquired by Emaar Malls, wadi.com and Carmudi. Serious investors began to emerge and institutionalise and the region became home to VCs and angel investors with an eye to reap lofty returns. Today, there are several funds dedicated to entrepreneurship and a few governments have established fund of funds, to co-match VCs and help develop a local ecosystem that can generate economic growth.

One of the most prolific of these early angel investors was Aramex founder and Wamda chairman Fadi Ghandour. He was one of the initial investors in Maktoob and then in Jabbar Internet Group before establishing Wamda Capital.

“The world was changing and I had felt the internet change the world, I already felt it affecting Aramex, so when Samih and Hussam came for investment, for me, it was a no-brainer,” he says.

Still On The Backfoot

But even after all these years, there has only been a handful of exits valued at more than $100 million across the Middle East. Oil still accounts for the majority of gross domestic product (GDP) in the GCC, youth unemployment is the highest in the world at 26.5 per cent according to the World Bank and costs to start a business in the current hub of the region, Dubai, is among the highest in the world. For almost every country, regulations still need improvement beyond registering a business. Innovation is also lacking, the highest-ranking Mena country in the Global Innovation Index is the UAE at 36th place, behind smaller economies like Cyrpus and Malta.

Yet, there is hope.

“There are more mature companies and more mature VCs, so there are better deals happening. Exits like Careem and Fawry, those kinds of big companies that are having a real impact is one key metric of a potentially successful ecosystem,” says Abdelhameed Sharara, founder of RiseUp. “I think we are still very early compared to the US and China, but it’s a very promising space compared to the past.”

The region also has a more active female population in the startup sector, with 23 per cent of startups in Gaza and the West Bank led by women, while 19 per cent are led by women in Beirut, both ahead of New York which stands at 12 per cent. Even at RiseUp, women accounted for almost 40 per cent of the attendees last year.

"The region has really become a place where entrepreneurs can thrive and provides supportive environments for startups," says Amina Grimen, co-founder of e-commerce beauty site, Powder. "In the beauty space, looking at the accomplishments of big female players like Huda Kattan and Dr Lamees Hamdan is truly inspiring."