Mobile is becoming one of the main ways that users in the Middle East are searching and booking their travel options according to a report from Cleartrip and Flyin.

The online travel agency has seen a 76 per cent rise in the number bookings conducted on mobile phones in the Middle East and North Africa (Mena) region. The top growth in the first half of 2019 came from Kuwait and Oman with 287 per cent and 181 per cent respectively when compared to the same period last year. 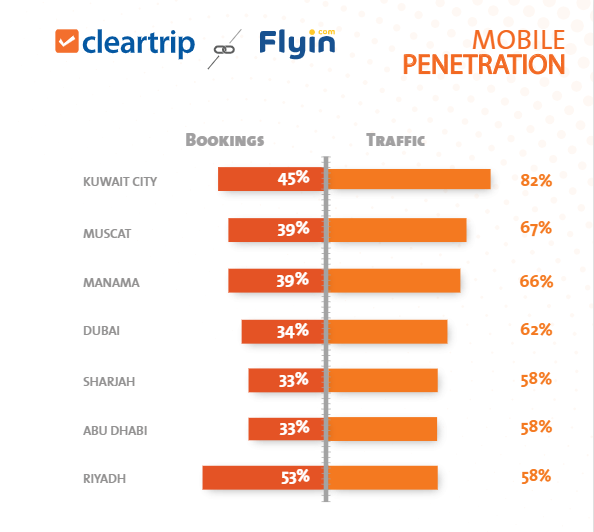 More than half the transactions conducted in Saudi Arabia are made on mobile phones thanks to country’s high smartphone penetration rate which stands at 88 per cent according to the country’s Communications and Information Technology Commission (CITC).

“Mobile search makes sharing and comparing easier,” said Amit Taneja, chief business officer or international markets at Cleartrip. “This region has one of the highest mobile penetration rates in the world and it’s being reflected in the travel sector. In the last five to six years, searches on mobile and booking and sharing continues to grow.”

Much of this growth is likely to come from Saudi Arabia, as the country’s regulations open up to e-commerce. In 2018 the Saudi Arabian Monetary Authority (SAMA) enabled the country’s MADA cards to be used in online transactions. For Cleartrip, this increased the number of debit card transactions in the country, which now account for 52 per cent of bookings.

“When we look at the Saudi market, they’re adopting e-commerce very, very fast,” said Amit Taneja, chief business officer at India-based Cleartrip. “The share of the Saudi travel is 20-21 per cent from pretty much nothing a couple of years back and the opening up of debit cards is a big part of that growth.”

Overall, travellers in the region are taking shorter, more frequent breaks with the majority opting for one to six day breaks. Coupon deals and vouchers account for 32 per cent of the bookings in the UAE, followed by Bahrain with 27 per cent. Saudi Arabia, however lags behind with just 15 per cent. 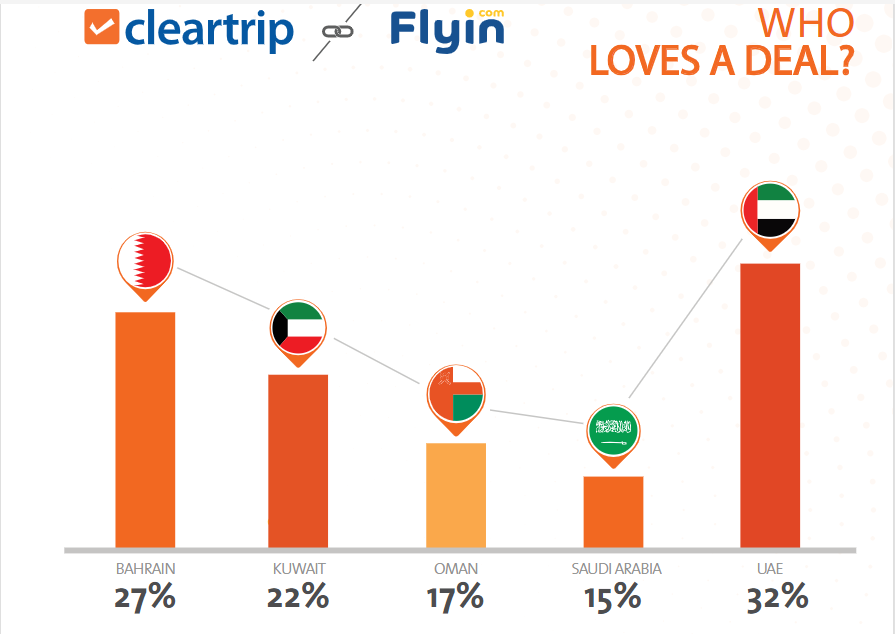 “Travel was one of the first sectors that adopted new technologies and a lot of times these technologies have been introduced by new startups,” said Tanjea. “I don’t see that process stopping, AI is a big part and there is a lot more scope to make search more personalised – that is where there is scope for disruption.”