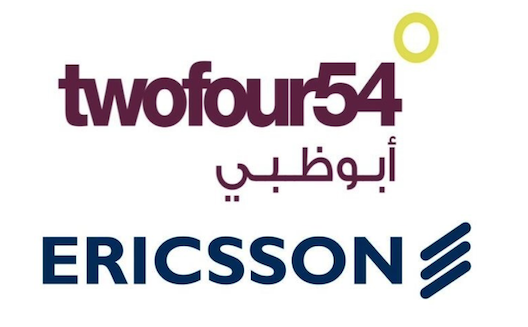 As part of the long-term partnership, Ericsson will acquire the playout business that twofour54 has grown (which transmits content from TV channels to viewers), as well as establish a media hub in Abu Dhabi that will serve their growing number of clients across the region.

Ericsson will initially be providing services for nine TV channels broadcasting a mix of English and Arabic content. They will also be working closely with twofour54 to develop their media services within Abu Dhabi, in an attempt to improve the skills of media professionals in the region, through internships, training courses, and employment opportunities.

According to a twofour54 spokesperson, Ericsson will first be taking on the playout business and will then “no doubt investigate opportunities with other Abu Dhabi Media Zone companies.”

In a statement, Ericsson’s president for the MENA region Rafiah Ibrahim, said that the company’s vision of a ‘Networked Society’ (a phrase coined by the company to describe a “future ecosystem in which widespread internet connectivity drives change for individuals and communities”) was well on its way to becoming a reality. “Our role is to help those broadcasters seize the opportunities of this transformation,” said Ibrahim. “The partnership with twofour54 is an important milestone in our ambition to provide industry-leading media services in this dynamic region.”

twofour54’s CEO Noura Al Kaabi also added that “the partnership was another step towards achieving our goal of being the region’s leading developer of sustainable, private sector led media industry.”

twofour54, which has been hosting businesses in the TV, radio, film, publishing, gaming, and music sectors since 2008, is well placed as a springboard for Ericsson to further its reach in the Middle East. A twofour54 representative told Wamda that the organization’s plans are to build a “sustainable, private sector-led media industry as part of the government’s Economic Vision 2030 diversification strategy.” Inking international partnerships with companies like Ericsson will help twofour54, which is backed by the UAE government, in accomplishing this goal.