This week’s biggest financial news came from Abu Dhabi after investment firm ADQ, the holding company for some of the biggest assets in the UAE including Abu Dhabi Airport and bourse operator ADX, announced plans to set up a digital bank with an initial capital of $544 million after obtaining the legacy licence from First Abu Dhabi Bank (FAB).

The development is a big step forward for digital and neobanking in the Middle East, a sector that has gained momentum in the financial technology (fintech) sector around the world.

Neobanks are wholly digital, with no physical presence and are independent from the traditional banks. They comprise some of the world’s biggest fintech startups, including Brazil’s Nubank, which has amassed 36 million users, raised $1.4 billion in funding and is currently valued at $10 billion. Closer to the region and currently in the process of obtaining a licence to operate in the UAE is the UK’s Revolut, with 10 million customers, $917 million raised in funding to date and valued at $5.5 billion.

According to Business Insider, the global neobank market is set to be worth $35.5 billion by the end of this year. While it may be a fraction of the overall banking sector, neobanks have been growing rapidly over the past couple of years.

In Europe a 2019 report by AT Kearney found that European neobanks gained more than 15 million customers between 2011 and 2019 – by 2023, neobanks are projected to have up to 85 million customers over the age of 14, which is equivalent to 20 per cent of Europe’s population.

In Mena however, neobanking is still in its infancy.

As access to the internet and smartphone penetration increased in the Middle East, traditional banks responded by building their digital infrastructure and offering some of their services online, initially on their website, then through apps. This worked for a while, until the arrival of fintech startups whose agility and technological innovation paved the way for new services that catered to changing consumer preferences for faster, more accessible and user-friendly banking services.

While the traditional banks still dominate in Mena, it has become increasingly clear to them that relying on existing tools and customer bases will not be enough to preserve and gain market share. The coronavirus-induced lockdowns increased demand for digital banking and highlighted the potential of neobanks.

However, Mena’s financial sector has long been conservative, most banks have been defined by their reluctance to change and legacy systems prevail. The regulatory frameworks favour these traditional banks who are used to competing only among themselves.

“[Banks] think of us as a threat because banks and traditional financial players that have a very mature infrastructure and good capital adequacy have come to a conclusion that we and our likewise fellows are doing it better and cheaper than how they would be doing it,” says Amir Fardghassemi, CEO of Jingle Pay, a UAE-based neobank.

Now with these potential rivals surfacing, some legacy banks are releasing digital products and positioning them as neobanks.

These include Emirates NDB’s Liv, Mashreq Neo, meem by Gulf International Bank and Bank ABC, Bahrain’s neobank. But these banks have been criticised as merely digital extensions of traditional banks rather than full neobanks.

Others like Commercial Bank of Dubai (CBD), have instead partnered with neobank startups, NOW Money in CBD’s case, to enable them to operate using the established lender’s licence.

“There’s no getting away from the fact that any large financial institution is not a tech startup, they’re not going to work in the same way we do. The licensing they hold here is important, we partner with multiple financial institutions and that is the right approach, we bring the digital services in an effective and trustworthy way,” says Katharine Budd, co-founder of NOW Money. “[The banks] ultimately hold a lot of data with the regulator here.”

In the UAE, the current framework for fintech licences requires companies to partner with a bank, which has to own 51 per cent of the venture. A recent survey by Finastra found that legacy systems, complex regulations, change in culture and reduced control in decision making are among the top barriers to collaboration in the UAE fintech space.

“We are somewhat competing with incumbent banks. Given that we're just making the whole process much smoother, cheaper, better and more targeted towards the customer, providing better customer service. But I think at the same time, we are not competing with the banks that we partner up with,” says Fardghassemi.

Over the past two to three years, the UAE Central Bank has outsourced innovation on regulatory frameworks to two offshore regulators, the Financial Services Regulatory Authority (FSRA) and Dubai Financial Services Authority (DFSA), but these offshore jurisdictions have no authority over banks licensed by the Central Bank. As such, FSRA and DFSA’s licensing were viewed as advisory guidelines rather than regulations, creating jurisdictional uncertainty that poses a question to both fintechs and investors.

And so partnering with a traditional bank and using their licence in return for a revenue-share agreement, is the only way neobanks can legally operate in the GCC, which can be an excruciatingly long process.

Before the traditional bank can even offer their licence to the fintech, it needs to undertake extensive due diligence, which usually takes months and finally there is the issue of the revenue-share agreement. Banks invest the money their customers deposit into their accounts. Since a lot of these neobanks target segments of the market who do not have large deposits, namely the younger generations, or those with lower incomes as in the case of NOW Money and UAE-based Rise who target the migrant population in the UAE, the potential returns are paltry for the banks.

“It is very, very difficult for fintechs,” says Milind Singh, co-founder of Rise, a UAE-based neobank that has partnered with United Arab Bank. “What happens is you take a banking partner who is used to the legacy cost infrastructure, [the neobanks] don’t earn as much per customer and they’re putting their costs on top of it.”

This has discouraged a lot of banks from working with neobanks “not because of lack of demand but because of the unit economics. It’s the last thing a bank wants to focus on because it doesn’t make them money”, according to Singh.

Such barriers to entry and the scale of traditional banks make it difficult to see a digital-only bank starting from scratch in the Middle East.

But with 168 million people lacking access to a basic bank account in Mena according to the World Bank, and some 300 million aged under 24, there is considerable opportunity for the region to develop as a digital-first banking, payments and fintech market.

There is huge demand for more accessible financial services, which gives local fintechs a window to establish themselves as the gold standard for neobanking in the region, before global players start paying attention to this geographical area.

“I think [fintechs] are going to be taking more and more market share from the traditional banking players because everyone is very open to it and are looking for digital services to use for their payments and money transfer,” says Fardghassemi.

By introducing more consumers to the formal financial system, neobanking increases the market opportunity and the potential to deliver profitable services in the future.

“[Banks] were built to service high net worth individuals and institutions, it is in their DNA and business model. In order to shift to everyday individuals, you need to have more flexibility and less rigidity. Fintechs were built for that, with technology at their core,” says Ahmad Hammouda, founder of Thndr, a Cairo-based mobile-first equities trading platform.

And it is not just the financially excluded that could stand to benefit from neobanks, startups could also become prime customers. Traditional banks are principally engaged in conducting large transactions, catering to big businesses and handling affluent individuals, resulting in negligence of convenient banking solutions for smaller enterprises. Opening a bank account is one of the biggest challenges that startups face in the Middle East. 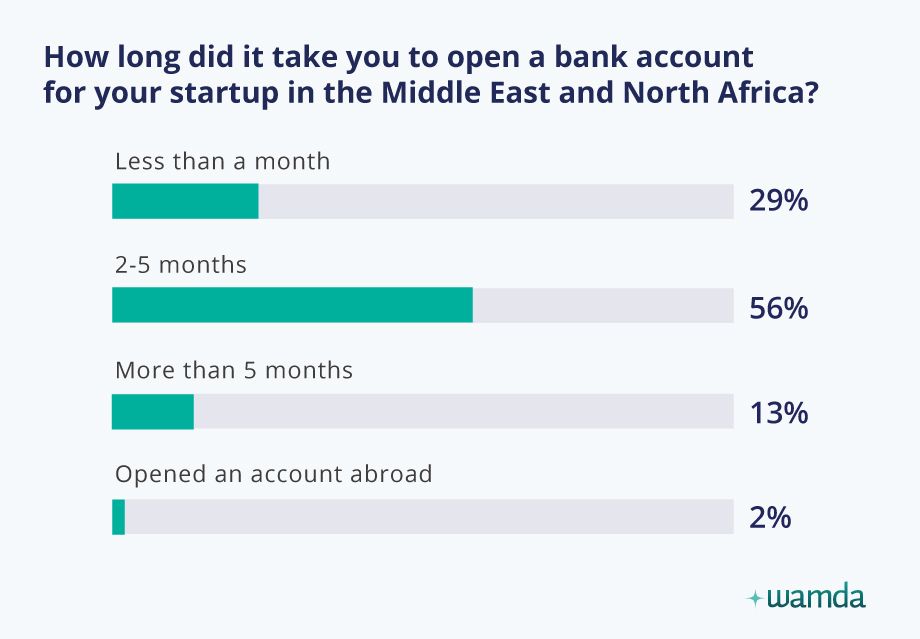 While the typical neobank customer may not be as attractive or lucrative for the traditional banks, they account for the majority of the region’s population and are a segment that feels more comfortable with conducting business and personal transactions online. By partnering with a neobank startup, traditional banks can target new customer segments and monetise through revenue sharing agreements rather than excluding large parts of the market entirely. Adopting full-scale digital transformations and engaging with the regional fintech startups is the only feasible way to compete with the global digital giants who will inevitably enter the region.