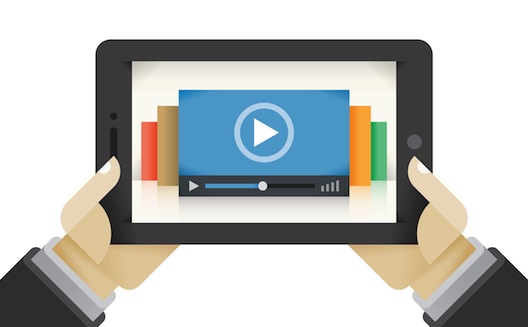 Is your business leveraging video marketing? If not, you’re not alone. In fact, according to BIA/Kelsey, just 22% of U.S. businesses plan to post a video within the next 12 months.

That’s a serious shame, especially when you discover that video is among the highest converting, most sought-after, and most powerful content mediums out there.

The proof is in the numbers.

The fact is, video-based content is among the most shared, viewed and sought after on the web. There’s a reason that YouTube is the world’s second-largest search engine and video is the fastest-growing ad format.

According to comScore, 45.4% of the American population (around 145 million people) watches at least one online video every month, while internataionally, 100 million people watch online video every day. But in reality, consumption is much higher. Take, for example, the fact that the average time spent viewing video in December of 2011 (now two years ago) among 182 million internet users was 23.2 hours. And for a more recent stat, consumers watched over 48 billion online videos in July of 2013 alone – 7.4 billion minutes of which were advertisements.

Another interesting thing to note is that video also grabs an audience's attention in Google’s search results. An interesting study by LookTracker revealed that video results receive an exceptionally large amount of attention in results pages compared to standard text-based rankings.

Here are some stats you should care about:

If those stats tell you anything, it’s that it’s not all about music videos and gag reels. Executives and potential B2B leads seek out – and respond to – video.

As for the conversion process:

But what, exactly, makes the video medium so powerful?

Video can communicate more ideas in a fraction of time, and incite more emotional response

Text-based content takes a lot of time to read and process; it requires attention to detail and careful mental sorting to come away with the point the author was trying to make. so busy readers who scan quickly will likely miss something important you had wanted to say – or even skip your piece entirely if it's too long.

Video, on the other hand, says a lot more in a lot less time. According to Forrester Research Group, one minute of video communicates the equivalent of 1.8 million words.

That’s a drastic amount of information, but viewers hardly notice. That’s because the human brain is able to pull apart and decipher image information simultaneously (60,000 times faster than text), while language and text is decoded in a sequential, linear way that takes a lot more time.

In other words, with video you can say much more in far less time and your audience will be more likely to remember it.

We respond emotionally to visual stimuli as well, mimicking the body language and emotions of others on the screen. Whether the viewer learns through language, text, demonstration or visuals, video can check all of those boxes while also generating an emotional response.

Make Video a Part of Your Marketing

With internet users actively seeking it out and responding in ways no other medium can claim, video deserves some serious consideration from marketers who want to step up their conversions, reach a bigger audience and connect with their market in new and more persuasive ways.