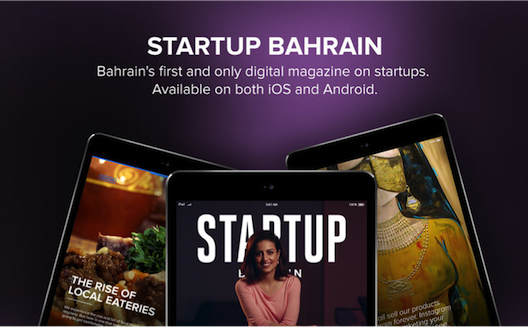 I ran into Bader Kamal, a freelance graphic designer and photographer who is part of the Startup Bahrain team, after the online magazine became the first mobile / tablet digital publication to win both the Bahrain and Arab eContent Awards in the media and journalism category.

With a sleek interface and a promise of rich interactive content to connect the different prongs of Bahrain’s diverse entrepreneurship landscape, I sat down with Kamal to learn more.

“Startup Bahrain is filling this gap through an online magazine that uses the latest technologies in tablet publishing like video interviews, slideshows and other interactive content,” he continued.

As the first digital publication in Bahrain, the Startup Bahrain team has been uncovering captivating stories for both their readers and themselves since the first issue came out in March 2013.

Having started with 400 subscribers at its launch, Startup Bahrain’s user base has grown to 5,000, which Kamal partially attributes to the release of the magazine on Android two issues ago, and heavier social media engagement.

While most users are from Bahrain and the Arab world as one would expect, there are a number of outliers from countries like India, Germany, Brazil, Italy, Mexico, Russia, China, Philippines, Singapore, Ukraine, Chile, Spain, South Korea, and Ghana.

Kamal says the feedback and response the Startup Bahrain team has received has been overwhelmingly positive, and they are aiming to reach 10,000 subscribers by the end of this year.

What are they doing right?

According to Kamal, Startup Bahrain’s heavy user-focus — in other words the readers as opposed to the advertisers — has largely underpinned the magazine’s traction.

“The conventional business model is selling pages to advertisers. So what ends up happening is that the readers are neglected, while advertisers become the target audience. The readers end up becoming mere statistics to persuade advertisers to keep buying more pages,” Kamal says critically.

“While we understand that breaking these conventions will be difficult, we hope that the small steps we take as an independent publisher can disrupt the industry and uphold the journalistic principles we strive for.”

Instead of adopting a traditional advertising-driven business model by default, the Startup Bahrain team are conducting a number of “social experiments” to identify alternative revenue-generation models that will neither compromise editorial integrity, nor be invasive to readers.

The first of such experiments is an invitation-only section called “Startup Essentials” which features a business, product, or service that is scrupulously evaluated and deemed by the team to be essential for startups. Batelco (Bahrain’s first telecommunications company) was the first paying sponsor. 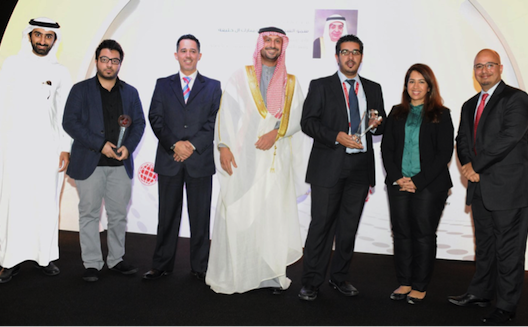 Initially founded by Ahmed AlSawafiri, who comes from an IT and entrepreneurship background, Startup Bahrain was quick to engage several other entrepreneurs who were equally passionate about the project.

As their recent awards and growing subscriber base shows, “we are attracting the attention of very influential people on the island which gives us confidence that we can really take this project beyond our imaginations!” Kamal enthuses.

“We are currently utilizing embedded audio and video, and scrollable and clickable content that relies heavily on user interaction and animations. Everything our readers see is just the tip of the iceberg when it comes to interactivity.”

“We’re also working on something that we are ecstatic about! We are going to announce the details soon but in essence, it will be an extension of Startup Bahrain — or as I like to call it, ‘an embodiment of the magazine in the real world’. This will connect the community that reads our magazine to those who don’t. I’m dying to tell you more, but I can’t!” Kamal divulges jubilantly.

If you’re dying to find out more about Startup Bahrain and all the entrepreneurship resources and information it offers, you can subscribe for free here.