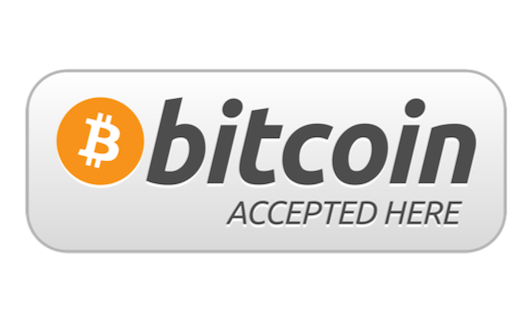 Exchanging money for services with people outside the region is a special hassle for the Arab world. At best, entrepreneurs have to pay a fortune to wire money through their national bank system, or through PayPal (even though it's less expensive). At worst people don't have credit cards, or can't even pay, or wire money abroad because their currency is not fully convertible. Moroccans, for instance, are limited when it comes to the amount they can spend abroad, Egyptians still have to justify their needs to spend abroad; Libya, Algeria, Syria, and Tunisia also meet various restrictions.

Some entrepreneurs have decided to launch national versions of famous services accepting their national currencies, in reaction to their fellow nationals being unable to access foreign services. For instance, Emaildude, and Send.ma were launched to replace MailChimp in Morocco. As much as I love seeing Arab entrepreneurs launching new projects, and regardless of the quality of those services, I'd rather see them use their time creating something new, rather than duplicating services that are already well implanted abroad. Recreating services locally is costly, and barely sustainable. But what other options do they have?
And what about entrepreneurs who are consulting, or working for international clients, who need to work with developers, or freelancers based abroad? And what about entrepreneurs expecting money from investors abroad?

What if they used bitcoin? "Bitcoin is like the Internet in the 90s," explains founder of Jordan Bitcoin Group and Co-Founder of Bitcoin processor Yellow, Ola Doudin. "Everybody knows it's huge but no one knows exactly how it's going to transform every aspect of our lives."

Most people think it's too early for them to use bitcoin, that they'll have to wait a few more years to benefit from easy-to-use applications of bitcoin, or they think it's only for traders; they fail to see that bitcoin could help them concretly, right now. Here's how.

First off, let's rewind, what are bitcoins?

Bitcoins are a crypto-currency, similar to euros or dinars, that are decentralized. It basically means that they are not subject to incompetencies in financial governance by a single entity, explains VC4Africa. For this reason, and because they can be used by anyone with access to the internet or text messaging, and allows extremely inexpensive money transfers, the African VC association believes they're perfect for developing countries, pointing out that the median Bitcoin transaction fee has been just $0.004 over the past year.

Now, how could entrepreneurs in MENA use bitcoin?

Women Annex, a female empowerment association in Afghanistan is already using bitcoins as a way to pay women safely, anonymously, and for a small cost to avoid backlashes that working women can face. Startups could do the same to pay employees and suppliers abroad. “The killer application for bitcoin in the Middle East is really sending payments cross-border, and remittances,” sums up Doudin, "sending money through Bitcoin is close to no cost and instantaneous, it’s a much cheaper and accessible option that existing traditional channels that many people who are unbanked don’t have access to."

A few international services are already accepting payments in bitcoin, such as Expedia, Overstock, Square, Braintree Dell, Wordpress, and a few server suppliers, Zynga (even though it might not be the best tool to grow a startup), and more. PayPal also recently announced a partnership with three bitcoin processors. Another example of it working is this Iranian e-commerce site that goes so far as to only take bitcoin as payment.

It won't make convincing an international VC or angel easier, but it could make the payment easier and cheaper. Halal funding platform Liwwa already accepts Bitcoin, while Swarm is a crowdfunding platform running on Bitcoin (not to be confused with Foursquare's Swarm app).

Concretely, how can entrepreneurs get and use bitcoins?

First: Set a wallet, with services like CoinBase, or BlockChain. A wallet consists of a public address which you give to companies (a thread of random characters, not charactized by a name, therefore anonymous), and your private address which is never given out.

Then add money o your wallet. It's quite easy when you use Bitcoin exchange services, i.e. services that let you buy bitcoins using your bank account, such as iGot, available in Dubai. BitOasis is also coming soon for Dubai-based customers. Of course you can also mine bitcoins, but it's getting increasingly complicated, and expensive. If you want to mine, but don't want to buy the equipment you can "rent it" from other individuals on Paris-based platform Betarig, co-founded by Algerian Adel Helal.

Second: Use those bitcoins! As we mentioned earlier, some e-commerce website are already accepting bitcoins, all you need to pay is your public address. If you want to wire money or receive bitcoin payments, you need to use the aforementioned exchange services. If you're an e-commerce website, you can use a payment processor to accept payment in Bitcoin without having to deal with the volatility risk of the price as well as the complexity of dealing and exchanging Bitcoin. In the Middle East, you can do so today by integrating with Yellow.

Third: Decide if you want to store the bitcoins in your wallet, or transform them into your regular currencies using exchange services. If you're an e-commerce, and have integrated with a payment processor, they’ll do the job for you.

For more information and details on accepting Bitcoin as a form of payment, checkout the Middle East Bitcoin resource website: www.shubitcoin.com

Have you already used Bitcoin? What was your experience? Share with us in the comment section below.