Most of the entrepreneurial activity in the region focuses on ecommerce or online services, and software development and services (representing respectively 22% and 17% as reported by the Wamda Research Lab). But as the wearable tech market continues its explosion across the globe, increasing curiosity around the currently tiny wearables scene in the region is understandable (in its first study, “The Next Step: Breaking barriers to scale for MENA’s entrepreneurs”, the Wamda Research Lab reported that only 3% of survey-takers and startup founders identified themselves as belonging to the manufacturing industry). 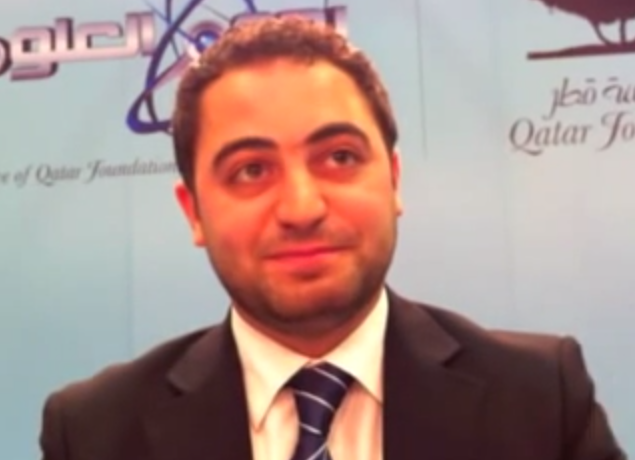 To get a better understanding of what it takes to build a wearable tech startup in the region, I chatted with two members of the healthtech startup CardioDiagnostics team: biomedical engineer and founder Ziad Sankari and business development officer Jouanna El-Khoury at the Beirut Digital District, a space which has become home to a number of rapidly growing Lebanese startups.

CardioDiagnostics’ first product, LifeSense Arrhythmia, monitors a patient’s heartbeat “around the clock, to detect abnormalities, and alert their caregiver. The abnormality is detected via an electrocardiography reader, sent, documented, and reported to the doctor,” says Sankari. Healthcare professionals can then analyze the data and respond to critical events, saving lives and making accurate diagnoses. The device is also fitted with a GPS monitor, which allows for medical assistance to reach a patient as fast as possible.

In the span of a few years, the entrepreneur built connections in the US, moved the company back to the region, was a finalist on Qatar Foundation edutainment reality show Stars of Science, landed a US manufacturing partnership for the devices, and is now on a hiring spree.

Investors are interested too: results from the Wamda Research Lab’s latest study on the investment landscape in the region show that 20% of active or potential investors in the MENA are interested in manufacturing, while 29% are interested in the pharmaceutical / healthcare sector. The time seems to be right for wearable healthtech.

So naturally, I wanted to know everything there was to know about their experience in building wearables, and the lessons they’ve learned when it comes to introducing their technology to the region.

Bringing the tech back into the region: a risk in the right direction

Initially, Sankari launched into research and development (R&D) in the US. After building the initial technology, the entrepreneur sought to introduce it to the region and through his experience at Stars of Science, was able to focus on product development. Fresh out of the Stars of Science program, Sankari decided to pilot the Qatari and Lebanese markets, and he looked for investment to do so. “When I wanted to come back it was a taking the risk, but in the right direction because I saw a lot of interest in the region in tech startups - especially in the Gulf.” The number of investments in startups between 2010 and 2011 indeed increased from 39 to 54 investment per year (WRL). So although his premonition was rather early, right he was. 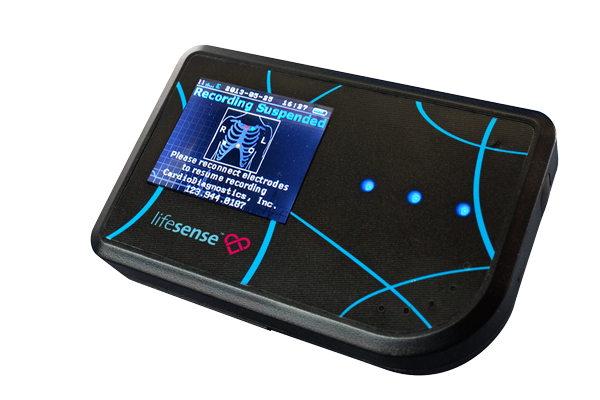 Even so, it wasn’t a piece of cake. “[The concept] was difficult to explain to investors, and it was difficult for them to go about due diligence because of the nature of my product,” he explains. Some of the investors he sat with around 2010-2011, he says, would have been quick to back resorts or restaurants, but found it very difficult to wrap their heads around healthtech products. Naturally, Sankari wondered whether or not he should stay: “If I couldn’t find funding in the wealthiest Gulf states, I thought I would be less likely to find it in Lebanon.”

Meanwhile, investors at business development center and incubator Berytech in Lebanon had been doing their due diligence. After spotting CardioDiagnostics in Season 3 of Stars of Science, they started showing interest. “From that point onward, things took shape differently,” says Sankari.

But the challenges didn’t end there. The startup’s main hurdle, as is common with wearable tech, was that platforms they needed hadn’t been optimized for what they were doing, which means the team had to, on more occasion than one, solve problems on their own. Another challenge they faced was crafting a business model adapted to their product (e.g. figuring out how to price it).

1. Keeping the end-user in mind. The LifeSense device was designed to be low tech; the team didn’t want its end-users to have to be very tech savvy in order to use it. By focusing on end-users and their needs, the team has also solved the problem of onboarding new users onto the technology. It isn’t difficult for the doctor to use the product because the need is already established. “Once the need is established, the devil lies in the details,” Sankari and El-Khoury agreed. Theirs is an innovation that starts with both solving for a problem, and building a technology.

2. Know who to partner with. Be ready and willing to put in the research to find a partner whose goals align with yours. For CardioDiagnostics, the US market is their primary focus, but the team recognizes its potential early mover advantage in the region. So early on, Sankari partnered with a US company that manufactures in the US, and has so far helped get the product FDA approved and helped acquire its few customers through its networks and affiliations. Sankari explains: “Having a foothold in the US was a big advantage for us because it opened the US market. But you need to understand your market sensitivities, both cultural and economic.” When I asked him how he managed to convince his partner, he explained, “Having that exposure in the US has helped us exist and scale up in that particular market. We were lucky to structure a very interesting deal where our partner subsidised big parts of the investment into device manufacturing in return for a long term deal.” 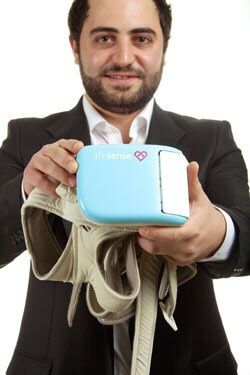 3. Keep your intellectual property in-house and rely on software innovation. Although we often think ‘physical product’ at the mention of “wearable tech”, hardware is only one part of the equation. “Understanding hardware is necessary but should not be your most competitive edge,” he adds, “because it’s not rocket science to collect physiological data.” The startup also offers software built on algorithms to process the data collected.

4. Come for the perks, stay for the competitive edge and team culture. Sankari is clearly proud of the team he’d brought together, starting with the way he’d reference members, to his frequent nods to El-Khoury, asking for her input, and right down to his consistent use of “we” instead of “I”. So how does he solve the problem of attracting talent, one of the region’s toughest barrier to scale? It’s not all about fridges stocked with chocolate and refreshments. “We focus on extra curricular activities, which has become a basic pillar of our strategy in acquiring talent. A lot of people end up applying to us just from visiting our offices and team and realizing the type of lives we lead,” he adds. “We’re also opening stocks options and are going to offer them shares for them to be rewarded on the effort, in a magnitude that is proportionate to that effort.” explains the founder.

Finding the right brains is the most difficult part of running any startup, so focus on recruitment strategies early on. To do so, the startup highlighted its competitive edge by stressing its focus on innovation. “We give our ‘family members’ an opportunity to work on things that they would never have done in this part of the world. Every product and service we’ve worked on is very innovation-based and intensive,” Sankari tells me.

One of the strategies both Sankari and El-Khoury stressed is giving people freedom to decide on how much time and resources they need in order to accomplish a specific task. El-Khoury, who joined two months ago, adds that the sense of responsibility, coupled with appreciation from the team, is most rewarding. By working in parallel, the strength of the bond between team members is bound to increase.

5. Create a globally relevant product if you want to scale. Focusing on fragmented and regional markets can come as a second step. Although designs and specs sheets are created in Lebanon, Sankari and his team first focused on bringing in a US-based manufacturing partner. “I would not focus on the region as a first strategy. It is still nascent,” says Sankari, citing the lag with which the region follows global trends. “I would strongly recommend global exposure: the Chinese, Indian, and Japanese markets are quite attractive to wearable developers.” 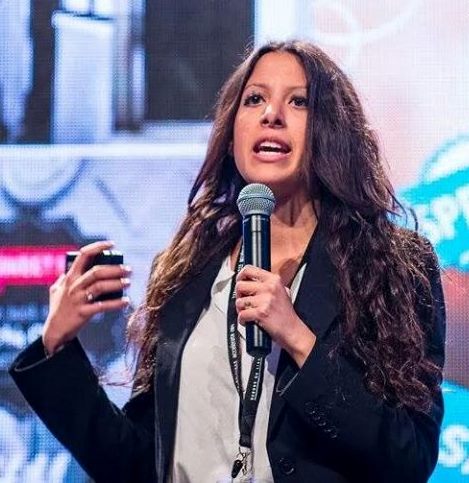 Now that the US partner is in hand, the team is running pilot studies in Lebanon and Qatar (with an eye on the larger region) in order to access feedback from local professionals. “The professional medical Lebanese community is very high end; we have the best cardiologists and some of the finest specialists in the world who have decided to come back to Lebanon,” Sankari explains. El-Khoury adds that going and talking to the doctors (the first tier of their end-users), comes as a first step in getting the word out. “We rely on doctors to do the marketing because strongest bond in medicine is doctor patient relationships. I spend most of my day looking for potential partners around the region.”, she adds. This would include medical distributors that have large shares of the market, which could in turn act as enablers.

One last piece of advice the entrepreneur and El-Khoury agreed on was the need to constantly strive for innovation. He says their potential competitors are building their own rival technology, but CardioDiagnostics already have another product they’re getting ready to launch. The team is also working the regional market. After Lebanon and Qatar, they are looking for distributors to partner with in the UAE, Saudi Arabia, and Turkey, which, as Sankari mentions, represents 40% in medical device sales in the region.

With this, you might be thinking that Sankari’s team is quite big. They’re currently at five full timers and five contractors, but they’re hiring.