The youth of the Arab world are becoming far more comfortable with making purchases online, with 71 per cent of those aged 18-24 across the GCC, Levant and North Africa revealing they had shopped online either monthly or less frequently, a growth of 18 per cent from last year according to the Arab Youth Survey 2019.

The majority are buying clothes (47 per cent), followed by food (37 per cent) and electronics (33 per cent). Preferences in payment has also shifted with 49 per cent preferring to pay by card compared to the 50 per cent who are still relying on cash on delivery. 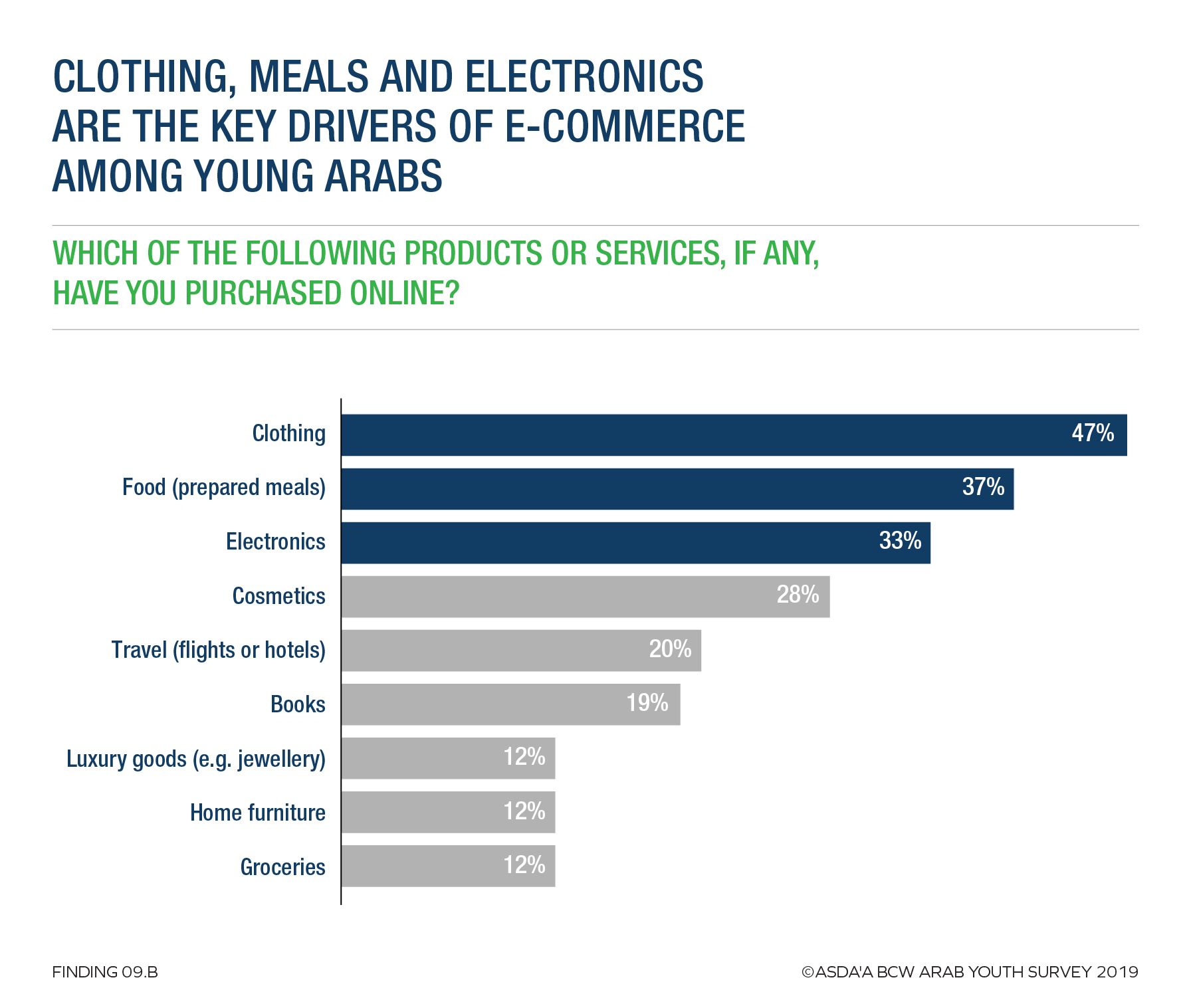 Customers from the GCC constitute the largest majority of youth who prefer card payments with 65 per cent preferring to pay online, while just 35 per cent of youth in North Africa, where the vast majority remain unbanked, prefer to pay online.

While the pace of growth is substantial, the region’s e-commerce sector remains underdeveloped when compared to other markets in the world. This underdevelopment is attributed to the low frequency of online purchases which is primarily caused by the lack of supply and limited product selection on local websites, the relatively poor performance of the last mile delivery and the lack of trust and prevalence of cash on delivery in the Arab world. 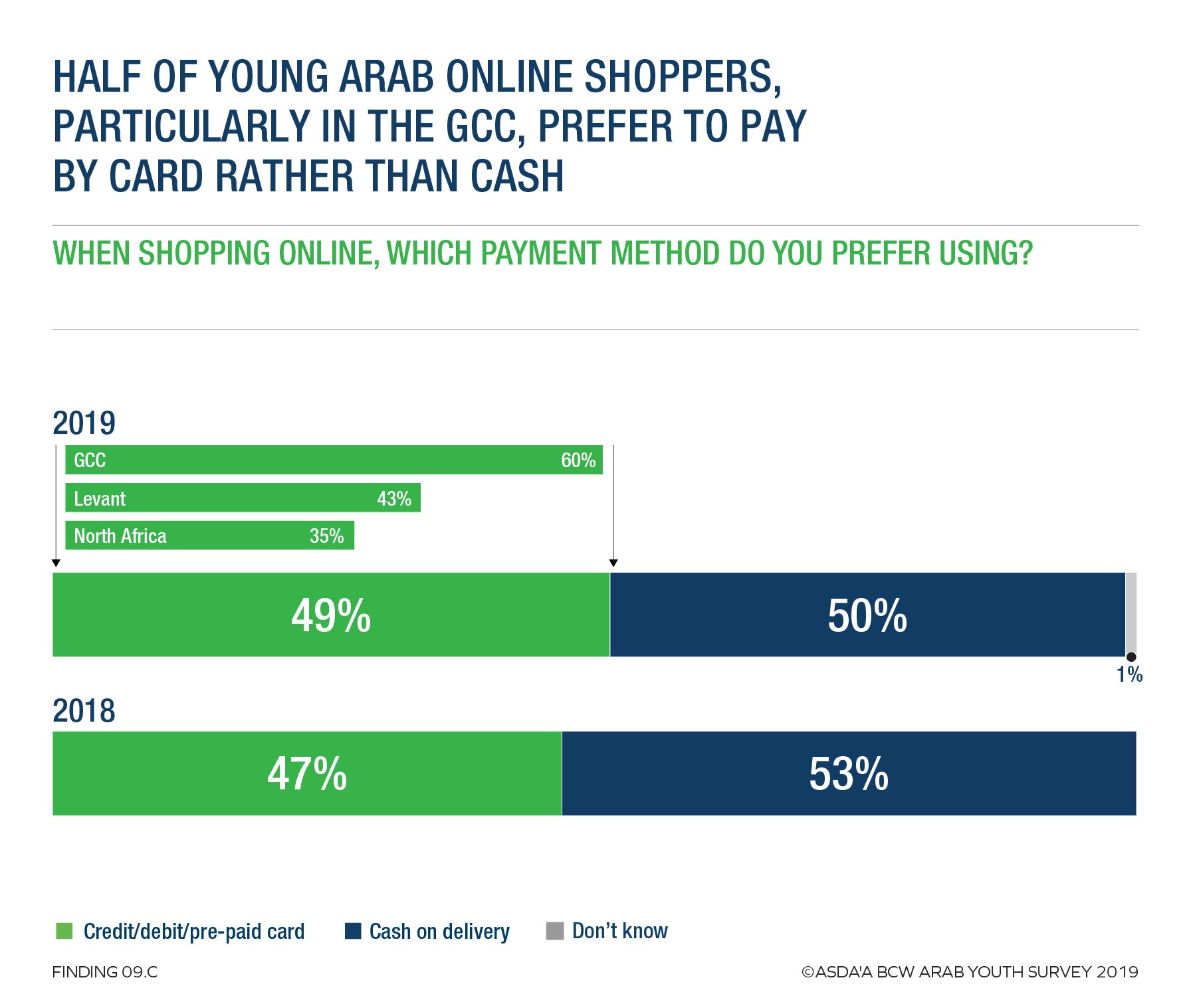 Other findings from the Survey reveal that the youth are mostly concerned about the economic situation, with 56 per cent saying that rising of living costs is the biggest obstacle facing the Middle East. Unemployment was also a popular concern with 45 per cent thinking it is the biggest obstacle. Most of the youth surveyed also believe that it the government's role to provide services to all citizens, including education, healthcare and jobs but expressed concerns that the government is not doing enough to support young families.

Education is also a pain point, with 49 per cent believing that their education is not preparing them well for future jobs, while more than half are seeking higher education opportunities in the West.

The Arab Youth Survey is commissioned yearly by Dubai-based public relations firm Asda’a BCW, and looks at 15 countries across Mena, conducting more than 3000 face to face interviews with those aged 18-24.